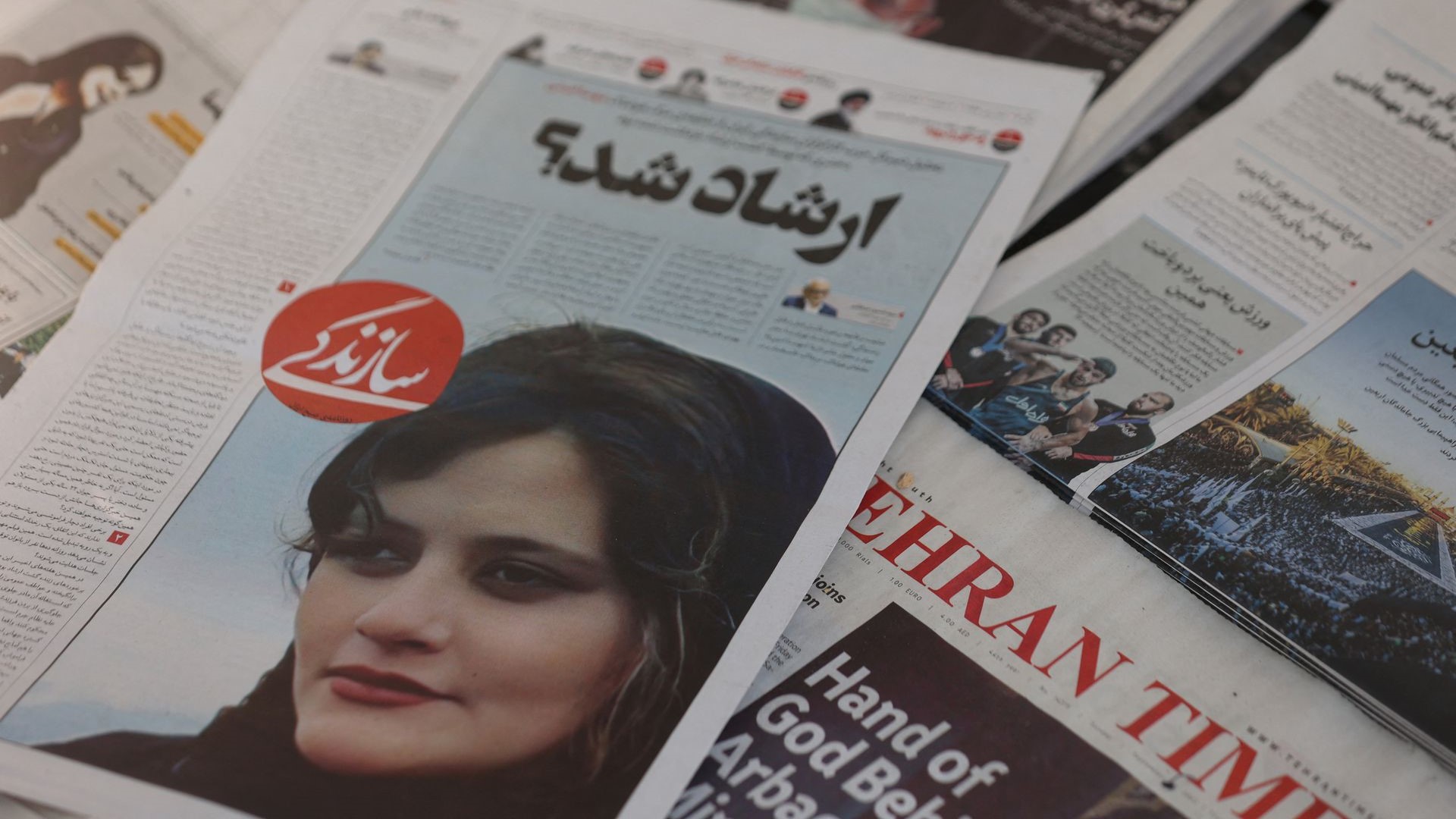 A newspaper with a cover picture of Mahsa Amini, a woman who died after being arrested by the “morality police” is seen in Tehran, Iran 18 September, 2022. (Photo credit: Majid Asgaripour/WANA via REUTERS)

Thousands of Iranians have been taking to the streets since 17 September to protest against the Moral Security Police and to demand answers over the death of Mahsa Amini, a 22 year old Kurdish woman who died in police custody last week in Tehran.

Clusters of protests have been reported across the country following Amini’s funeral on Saturday.

According to the EU-based human rights observer Hengaw, at least three people died during the protests in three different cities on 19 September, including in Amini’s hometown of Saqez.

Hengaw’s claims could not be independently verified.

Crackdowns by security forces have been reported in several cities. However, local sources say anti-riot police have avoided pushing back against women-led mobilizations. Other reports say mobile internet has been intermittently shut down in major cities.

Amini was visiting the Iranian capital on 13 September when officers from the Moral Security Police reportedly detained her for the alleged improper wearing of the hijab, a mandatory item of clothing for women in the Islamic Republic.

Unverified “eyewitness” reports in Persian media claim Amini was “beaten” by uniformed officers while inside a police van, before falling into a coma and finally dying on Friday.

However, authorities rejected these claims, saying that there was no physical contact between Amini and the officers, and that she suffered a heart attack following her detention.

Iranian police on Friday released CCTV footage of Amini inside a police station after her detention, where she was supposed to attend a “re-education” class.

In the video, Amini can be seen walking into the station of her own account before taking a seat among several dozen other women inside.

News reports say she remained in a coma until passing away days later.

The semi-official Fars News Agency earlier reported that Amini suffered from epilepsy and diabetes, adding that a CT scan showed she had a brain operation when she was five.

But her father, Amjad Amini, denied these reports when speaking to Kurdish news outlet Rudaw on Monday, saying: “She was not ill at all as Iranian TV claimed … She was beaten inside the police vehicle and station but they do not want to show the [surveillance] video.”

“It is not clear how she was beaten. The women who were in the ambulance said that she was hit on the head,” Mahsa’s father went on to say, adding that authorities refused to give him the autopsy report.

President Ebrahim Raisi spoke with Amini’s family a day before this interview, expressing his condolences. Raisi also ordered the Interior Ministry to thoroughly investigate the incident.

According to Kurdish media, Amini’s family also received a call from the former president of the Iraqi Kurdistan Region (IKR), Masoud Barzani, who “wished them patience, peace, and justice.”

Parliament Speaker Mohammad Bagher Qalibaf and Attorney General of Tehran, Ali Salehi, both announced that the legislative and judiciary branches of government have launched their own independent investigations into Amini’s death.

However, the medical examiner said on Saturday that the results of the forensic tests may take up to three weeks.