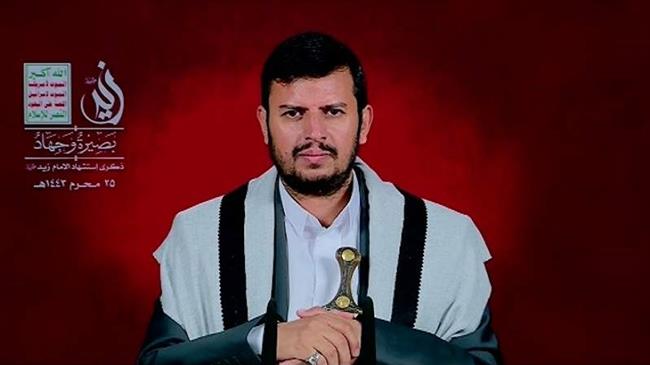 On 20 September, during a speech ahead of the eight anniversary of the 21 September Revolution, the leader of Yemen’s Ansarallah resistance movement, Abdul-Malik al-Houthi, described military industrialization as one of the revolution’s greatest achievements.

Since 2014, Ansarallah has shifted its focus on self-reliance in various sectors to fight an enemy that took control of Yemen’s sea, land, and airspace.

According to Al-Houthi, the group developed capabilities to produce weapons ranging from pistols to drones and ballistic missiles.

“Our country manufactures everything from infantry weapons to medium weapons, even advanced and long-range weapons,” he said during his speech.

The Ansarallah leader praised the achievement and described it as an important development for Yemen’s civilian industry.

He pointed out that “progressing with military industrialization is much more difficult than civilian.”

In addition, Al-Houthi criticized the region’s approach to normalizing ties with Israel, saying: “what the Americans and the British and those with them are seeking, is to bring about a major change in the region towards open loyalty to Israel.”

After signing the Abraham accords in 2020, Israel became more involved in the war on Yemen directly.

Earlier this month, Israel sent a delegation of military experts to the UAE-controlled Yemeni island of Socotra, where they carried out search and excavation operations.

According to a Yemeni media report from March, the UAE is involved in the development of a construction project to build facilities on the island for the purpose of hosting Israeli military personnel.

Meanwhile, the Yemeni armed forces have warned Israel of any involvement in the conflict, describing it as a “foolish act” that would be met with an appropriate response.

While not naming the country directly, the Israeli chief of staff Aviv Kochavi hinted that Israel had directly attacked the Al-Hafa military base on the Naqam Mountain, west of Sanaa in mid-August. Thus further escalating the eight-year-long war.

However, Ansarallah vehemently denied these claims, attributing the explosion in the capital to an accident at a weapons storage facility.

Elsewhere in his speech, the Yemeni resistance leader accused the US of “paving the way” to control the country ahead of the revolution.

“The US adopted a destructive policy for Yemen, and did not care about the interests of the Yemeni people, but rather their interests only … the US plans were paving the way for the complete control and occupation of Yemen.”