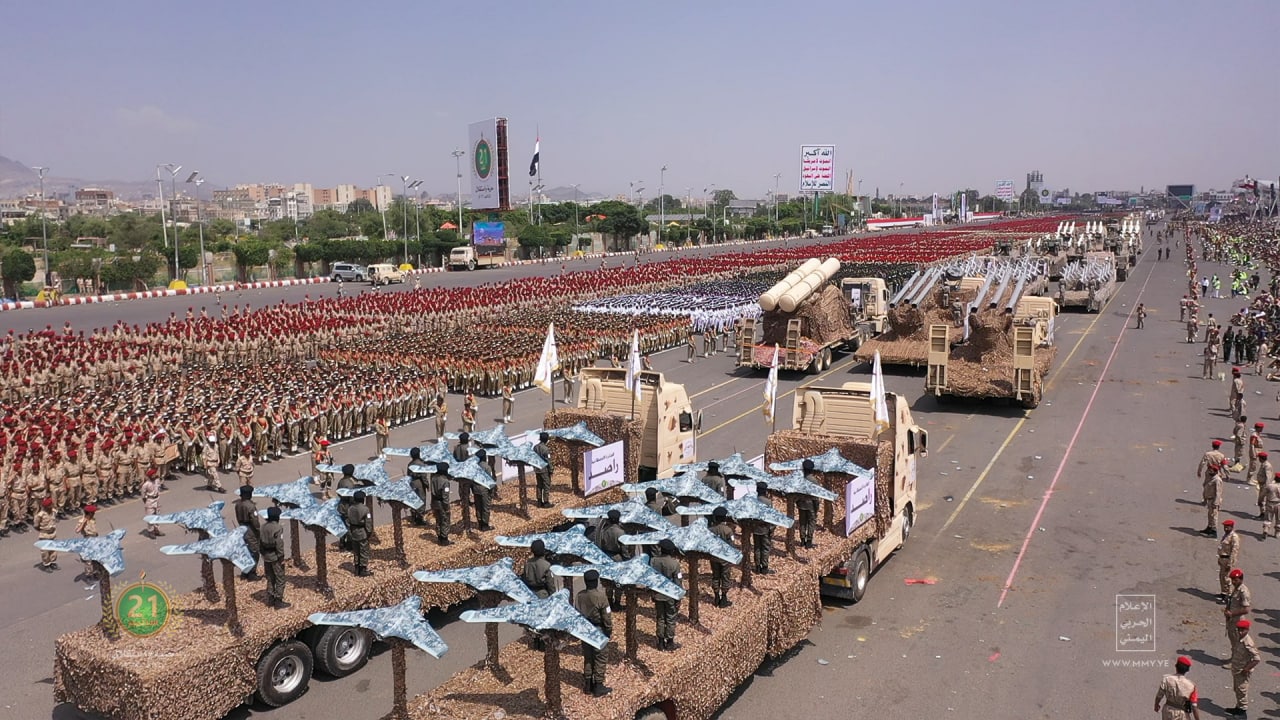 A Yemeni official told Russia’s Sputnik news agency that the skies of Yemen are now safe from aggressions thanks to locally-made missile defense systems and modern drones that were revealed during a massive military parade on 21 September, marking the eighth anniversary of the revolution.

According to the Ministry of Information official in the National Salvation Government (NSG) Tawfiq al-Hamiri, these new weapons – including surface-to-surface, surface-to-air missiles, and air defense systems – will safeguard the war-torn country from airstrikes by the Saudi-led coalition.

The weapons revealed on Wednesday include new generation ‘Quds’ winged missiles that can reportedly reach into occupied Palestine, and the ‘Quds-3’ missile, which is capable of evading radar detection and was built “to protect the city of occupied Jerusalem.”

In recent months, Ansarallah officials have issued stern warnings to Israel about their role in supporting the Saudi-led war in Yemen. The resistance’s rhetoric hardened after Tel Aviv claimed to have struck a target in Sanaa during its most recent blitz on Gaza.

In matters of air defense, the resistance group unveiled the ‘Miraj’ missile, which can reportedly overcome interference attempts, as well as the ‘Saqr’ missile, which has a speed of up to 200 meters per second.

Furthermore, Sanaa has now developed three different air defense systems that can detect and track hostile targets, as well as the ‘Khitef 2’ aircraft which can be used to defend against armored vehicles.

Among the new weaponry revealed by Ansarallah is the ‘Waid’ drone, which has a reported range of 3000km, and the ‘Falaq’ missile, a long-range liquid-fueled ballistic missile that can carry several warheads.

The Yemeni navy also revealed its new arsenal, including the ‘Red Sea’ high-speed missile, which works with two thermal and radar systems, as well as several advanced warships that have high maneuverability and can perform offensive and defensive missions against fixed or moving targets.

Over the past several months, Ansarallah’s military capabilities have increased significantly as a result of industrialization and a focus on self-reliance in various sectors.

“Our country manufactures everything from infantry weapons to medium weapons, even advanced and long-range weapons,” the leader of Yemen’s Ansarallah resistance movement, Abdul-Malik al-Houthi, said earlier this week.