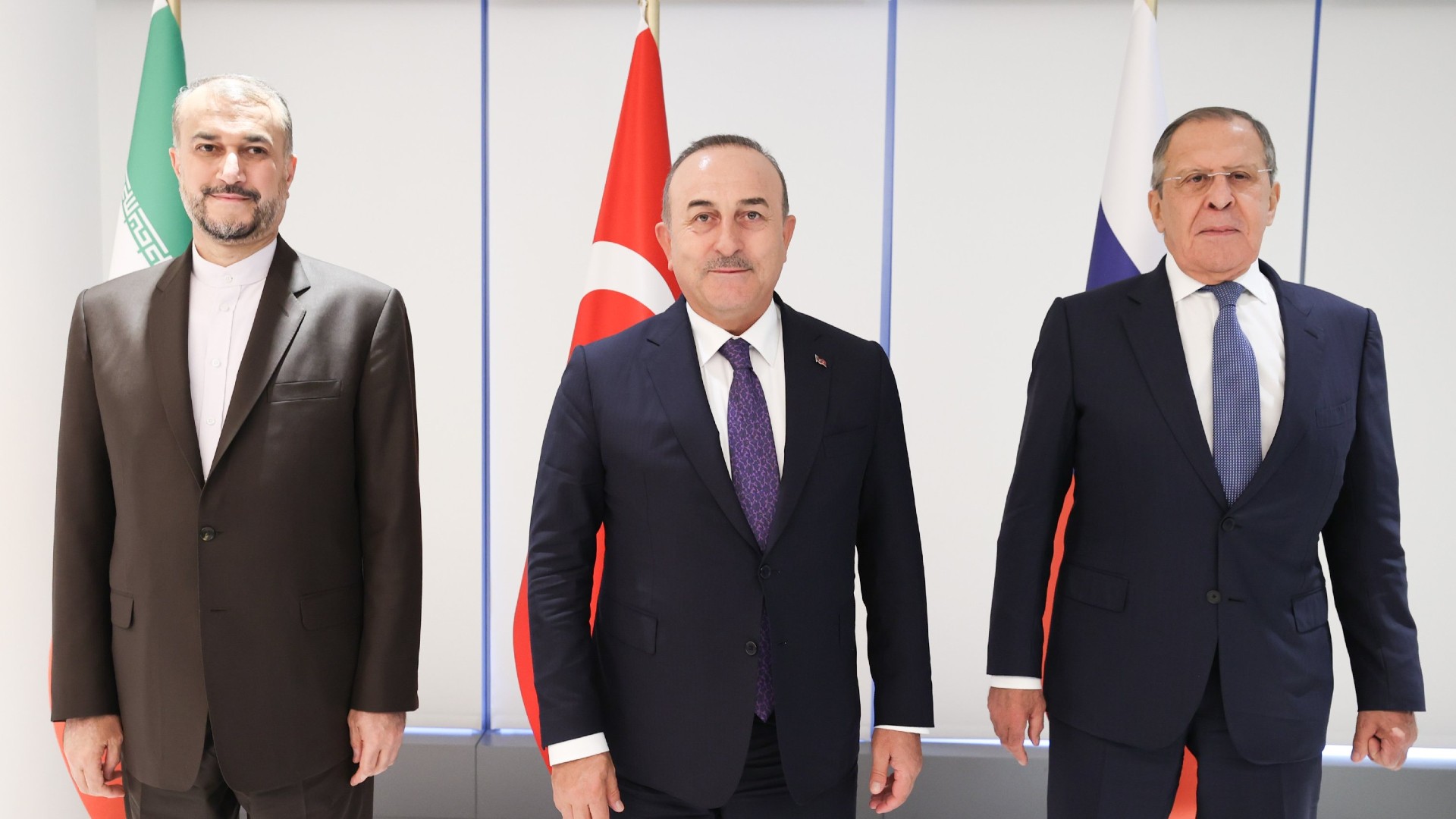 Iranian, Turkish, and Russian foreign ministers held a trilateral meeting to discuss political solutions to resolve the current crisis in Syria, on the sidelines of the 77th session of the UN General Assembly in New York.

Iran’s Foreign Minister Hossein Amir-Abdollahian reiterated that there is no military solution to the Syrian crisis and that the conflict must be resolved peacefully and in accordance with international law.

He continued to emphasize that it is crucial for all foreign forces to withdraw from Syria, putting an end to the occupation as well as respecting Syria’s sovereignty and territorial integrity.

Amir-Abdollahian further stressed the need for the US to remove sanctions on Syria and increased humanitarian assistance to the Syrian people.

Towards the end of the summit, the foreign ministers reaffirmed their strong commitment to the sovereignty, independence, and territorial integrity of Syria.

The meeting comes a day after it was revealed in a report published by Asharq al-Awsat that the Turkish military has no plans to withdraw from the occupied areas in Syria.

According to a Turkish official, the troops deployed in northern Syria are “purely combative,” and will stay put despite the rapprochements between Damascus and Ankara.

Last week, it was revealed by Reuters that the Turkish spy chief and Syria’s special security adviser to President Bashar al-Assad met to resume talks to end a decade-long bloody dispute and to discuss the “Kurdish threat.”

According to the report, a Turkish official disclosed that “Russia wants Syria and Turkey to overcome their problems and achieve certain agreements.”