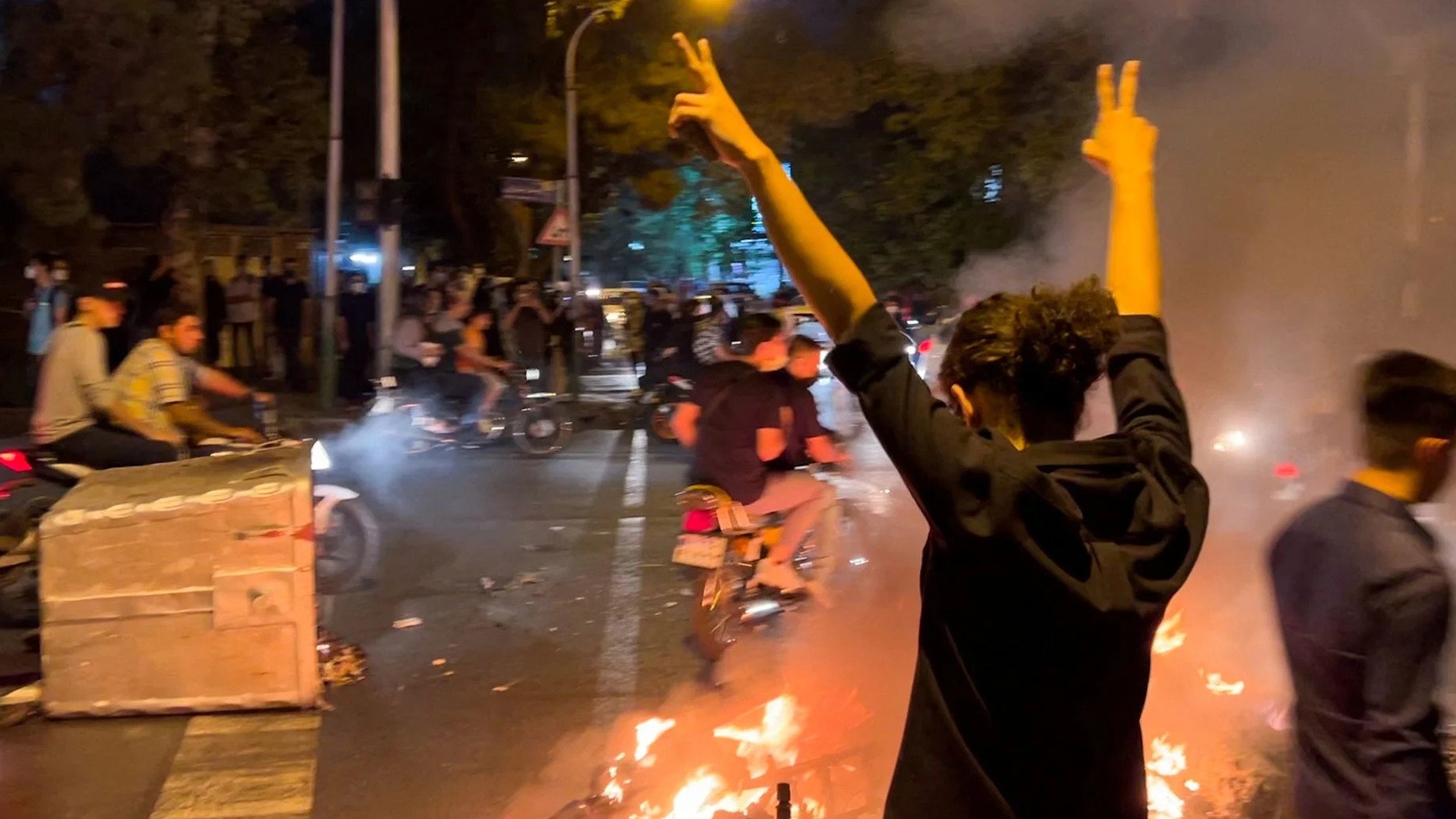 One week after the death of 22-year-old Mahsa Amini, protests against the moral security police across several cities in Iran turned into violent clashes between anti-government demonstrators and security forces.

Iranian state media reports that at least 26 have died, including five security personnel, as of 22 September, while the New York-based Center for Human Rights in Iran (CHRI) put the figure at 36, saying it is expected to rise.

The protests, which started with women burning their headscarves and cutting off their hair, quickly turned into violent, anti-religious riots with an emphasis on the compulsory hijab mandate in the Islamic Republic.

Despite mobile data restrictions on foreign domains and platforms, dozens of videos shared on social media showed rioters violently attacking police officers by stoning and beating them, overturning and torching police vehicles, and destroying public property. On at least one occasion, rioters were seen burning a police officer alive.

Local Iranian media reports that dozens of ambulances were damaged by the rioters.

Protesters were also recorded forcibly removing the hijab of a woman on the street and following her around to remove her clothing.

Sky News reported that a local commander of the Basij, a volunteer branch of the Islamic Revolutionary Guards Corps (IRGC), was stabbed to death by rioters in the northeastern city of Mashhad on 21 September.

Another member of the Basij, identified as Abdolhossein Mojaddami, was also shot dead by the protesters, according to the police.

The rioters also set fire to the entrance of the office of Qeshm’s Friday Prayer Imam, torching it along with the photos of the founder of the republic, Ayatollah Ruhollah Khomeini, and the martyrs of the Iran-Iraq war.

In response to the deteriorating situation, hundreds of thousands of Iranians, both women and men, gathered after Friday mass prayers, taking to the streets to condemn the riots and voice support for the government and police.

Millions of Iranians have taken to the streets across the country to condemn the desecration of Islamic sanctities and acts of vandalism by rioters in the past few days.

Iranian sentiments critical of the riots mirror views expressed in a US poll taken after the 2018 protests, which revealed that 84.5 percent of Iranians strongly agree that “the government should be more forceful to stop rioters who use violence or damage property.”

Only 16.4 percent of Iranians agreed with the statement that “Iran’s political system needs to undergo fundamental change.”

Amini died at a hospital in Tehran on 17 September, three days after visiting a police station to “undergo a briefing class about the hijab and [then] be released in an hour,” according to her brother.