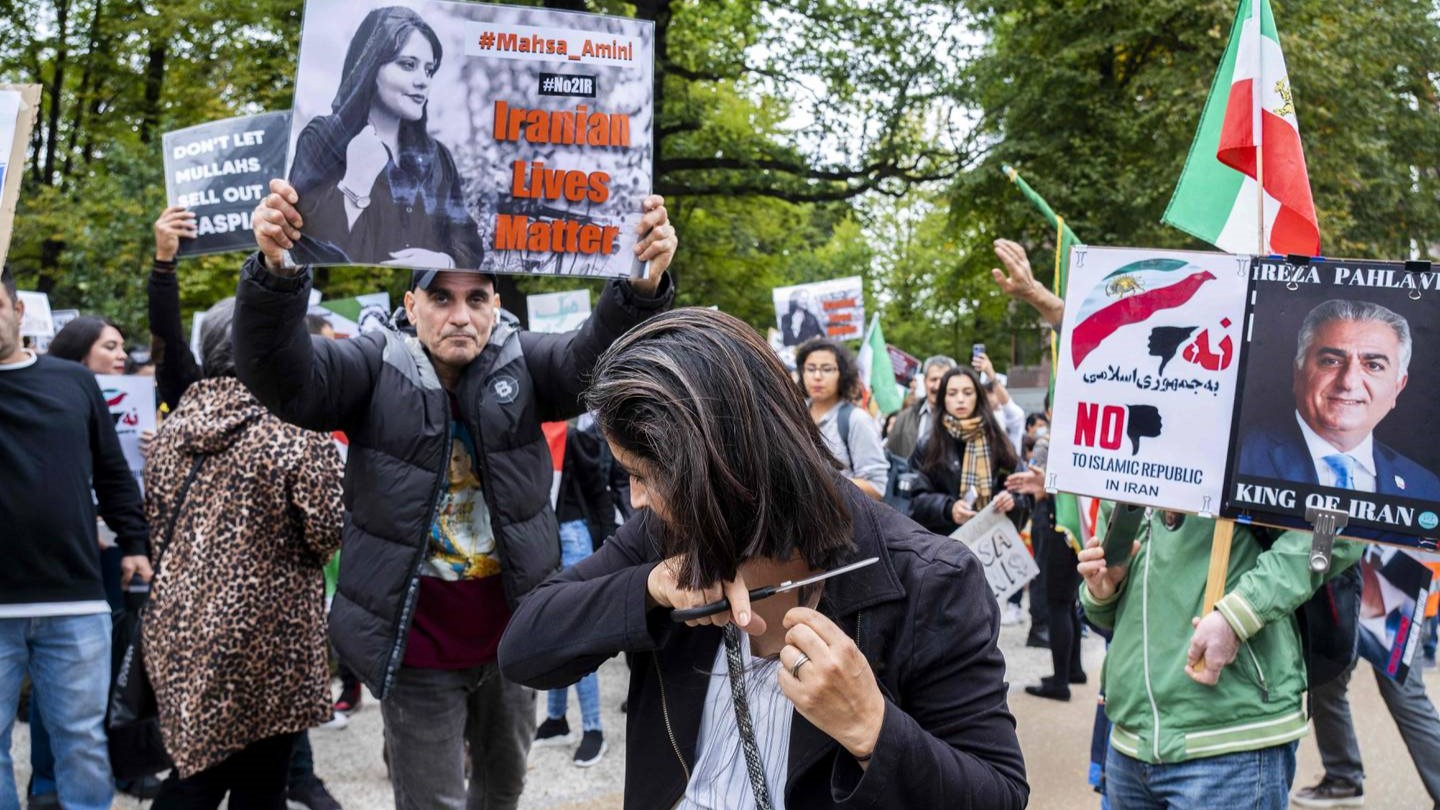 A protester cuts her hair during an anti-Iran rally against outside the House of Representatives in The Hague on 23 September, 2022. (Photo credit: AFP)

Police in the British and French capitals clashed with hundreds of protesters who tried to storm the two nations’ Iranian embassies on 25 September.

At least 12 people were arrested in London and five police officers were “seriously injured,” according to authorities. Meanwhile, French police arrested at least one protester in Paris, firing tear gas and using anti-riot gear to stop hundreds from approaching Iran’s diplomatic mission.

Protests against Iran were sparked by the death of 22-year-old Mahsa Amini, who passed away three days after being taken in by the ‘morality police’ and falling into a coma at a police center in Tehran.

But while Amini’s family has denounced the violent mobilizations – saying these “have nothing” to do with the family and “are not for our sake” – western media and politicians have fueled the movement in search of political gain.

Over the last several days, the Iranian foreign ministry has summoned western envoys to present official complaints about the violence directed at the nation’s embassies.

On Sunday, Tehran summoned the UK envoy in protest of the “hostile atmosphere” created by several London-based Farsi news outlets.

The summoning of the ambassador came just hours after the Iranian embassy in Athens was attacked with a Molotov cocktail, as the Islamic Republic’s missions have become targets across Europe.

Meanwhile, in the Iranian capital, hundreds of thousands mobilized on Sunday to “denounce acts of vandalism and desecration of Islamic sanctities by rioters,” according to local media.

The counter-protesters carried placards and chanted slogans against “foreign-backed rioters” who have been mobilizing for over 10 days. They also condemned the role of the US and Israel in fueling the protests, and also took aim at supporters of the anti-Iran Mujahedin-e-Khalq Organization (MEK).

On 24 September, Iranian President Ebrahim Raisi warned that those who have “disrupted the security and peace of the country” will be dealt with “decisively.”