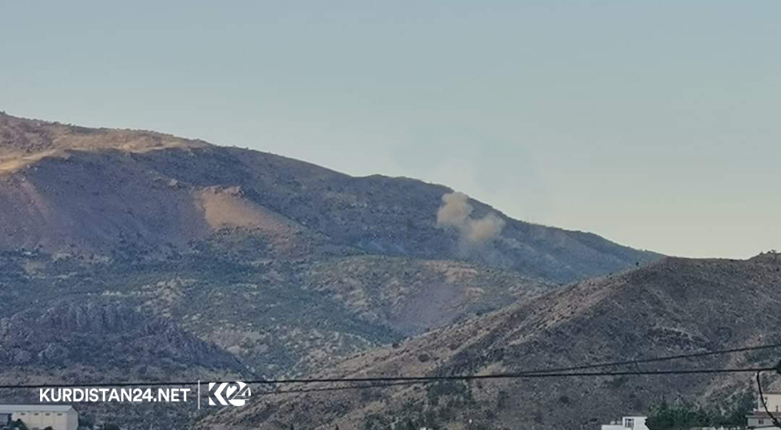 This is the second attack on the region by the IRGC in the span of two days.

According to IRGC officials, the artillery and drone attacks were launched from the Hamzeh Seyed al-Shohada Base in West Azerbaijan Province in northwestern Iran, and have targeted positions held by “terrorist groups” based in the IKR.

Following its attack on Saturday, the IRGC released a statement saying its operations aimed to “provide security, punish the perpetrators, and push the Kurdistan region’s authorities to assume responsibilities for their legal duties.”

Tehran has accused Iranian-Kurdish armed groups of being implicated in the ongoing unrest in the country, particularly in the northwest, where most of Iran’s Kurdish population lives.

The unrest was sparked by the death of Kurdish woman Mahsa Amini, who passed away three days after being taken in by Iran’s ‘morality police’ and falling into a coma at a police center in Tehran.

Back in March, the IRGC launched multiple precision missile strikes on a secret Mossad base in Erbil. The base was allegedly being used as a training center by the Israeli intelligence agency.

During an exclusive interview with The Cradle, the official spokesman of the Erbil office of the Patriotic Union of Kurdistan (PUK), Azad Jolla, confirmed that the Mossad has long been active in the capital of the IKR.

“There is – among others – an Israeli Mossad presence. And this presence provokes Iran into attacking their sites in the Kurdistan region. Iran has done this before, and will probably do it again,” Jolla told The Cradle on 17 March.

Kurdish groups have decades of established ties with Israel, dating back to the 1950s. These have included covert military training.

However, the existence of Mossad spy bases operating in the IKR has been disputed by Kurdish authorities, and the spokesperson for the autonomous region’s government last year, not for the first time, denied the “baseless accusations”.