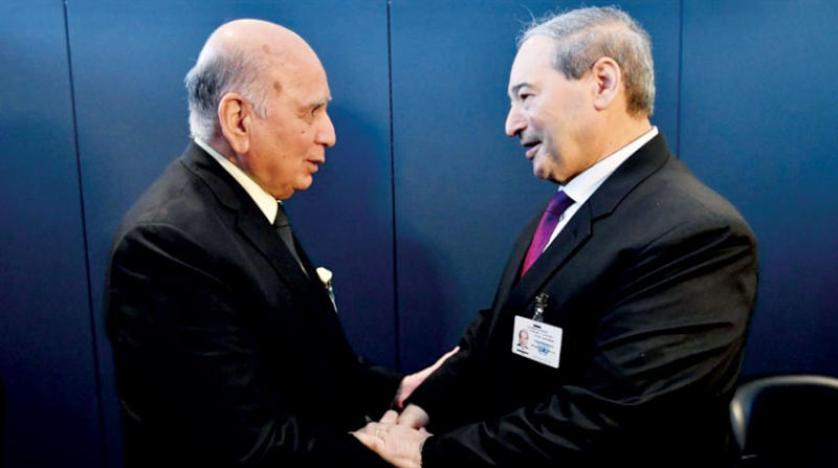 Iraqi Foreign Minister Fuad Hussein and his Syrian counterpart Faisal Mekdad discussed the bilateral relationship between both countries and the humanitarian condition inside the Al-Hawl refugee camp on the sidelines of the UN General Assembly on 26 September.

Hussein revealed that the two discussed issues of security and safety in an effort to bolster cooperation between Syria and Iraq.

The Iraqi foreign minister stressed the importance of non-interference by outside forces and called for a joint effort by Syria and Iraq to improve the security situation in the Al-Hawl camp while preventing another uprising by Islamic State militants.

Iraqi government sources said it was a priority for the country to repatriate Iraqi citizens, calling it their humanitarian duty.

The Ministry of Migration and Displacement announced on 10 August that it would facilitate the return of another 500 families to Iraq.

The Al-Hawl refugee camp is dangerously overcrowded and hosts an estimated 60,000 people. More than half are said to be Iraqi citizens and almost 20,000 are Syrian.

The camp hosts an additional 8,000 foreign nationals of about 60 different nationalities.

The large majority inside the camp are women and children, who arrived in the camps because their parents were reportedly members of ISIS.

On 18 September, the Syrian Democratic Forces (SDF) announced the end of their military operation inside the camp. The objective was to put a stop to ISIS operations inside the camps, which were contributing to increased violence, torture, and other security threats.

The US-backed forces were able to arrest over 200 people, including dozens of women, during the three-week-long operation against ISIS cells.

Many countries have refused to repatriate their own citizens over fears they could pose a threat to society.

The European Court of Human Rights (ECHR) issued a ruling on 14 September calling on France to repatriate two French nationals who joined ISIS in Syria, even accusing Paris of human rights violations.