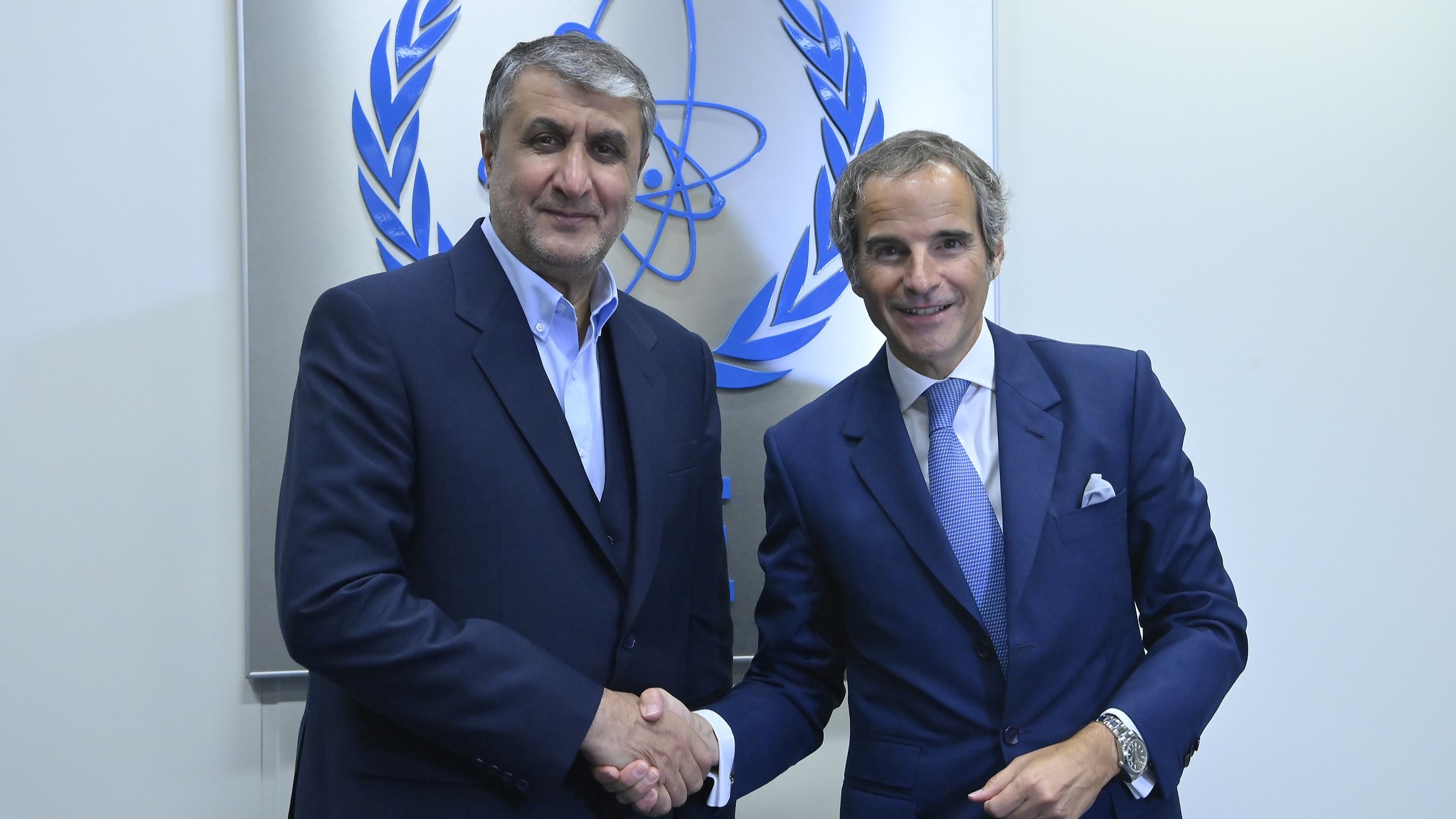 The head of the International Atomic Energy Agency (IAEA), Rafael Grossi, revealed on 26 September that talks have resumed with the Islamic Republic of Iran “on clarification of outstanding safeguards issues.”

Dialogue has restarted with #Iran on clarification of outstanding safeguards issues. I received Mohammad Eslami, Vice-President and Head of the Atomic Energy Organization of Iran 🇮🇷, during @IAEAorg's #IAEAGC. pic.twitter.com/94sIgMUeOS

Grossi’s announcement was published alongside a picture of his meeting with the chairman of the Atomic Energy Organization of Iran (AEOI), Mohammad Eslami.

The UN nuclear watchdog has been conducting a probe into traces of “man-made nuclear particles” found years ago at several Iranian nuclear sites.

“I would like to clarify that there are no undeclared activities or nuclear particles in Iran, and all allegations are strictly based on fabricated and false information by the occupying regime of Israel,” Eslami said during an IAEA conference in New York this Monday.

“The Islamic Republic of Iran truly expects the agency to carry out its reporting, monitoring and verification in a more professional, unbiased and independent manner,” he added.

Grossi, however, claimed the agency’s monitoring capabilities were “significantly hampered” after Iran restricted the access of UN inspectors following Washington’s unilateral withdrawal from the Joint Comprehensive Plan of Action (JCPOA), and attacks on Iranian nuclear sites orchestrated by Israel.

“We need to find common solutions for problems that are not going to go away if we don’t solve them in a collaborative fashion,” Grossi said on Monday.

Tehran recently called on the IAEA probe to be shelved as part of a set of demands to restore the JCPOA, also known as the Iran nuclear deal.

During an interview with Al Monitor published on 26 September, Iranian Foreign Minister Hossein Amir-Abdollahian said that the Islamic Republic “will definitely continue [its] cooperation with the agency.”

“The agency has questions about three alleged sites that they say have found uranium, and we are ready to provide answers to those questions,” Amir-Abdollahian went on to say, before adding that “the agency needs to behave and act technically.”

“The problem we have with the agency is the fact that they act politically. So if the agency chooses to, instead, concentrate on only the technical issues, then we will definitely try to strengthen and add to our cooperation.”

Iran’s top diplomat also highlighted that, while the Islamic Republic only accounts for two percent of global nuclear activities, 37 percent of all IAEA surveillance and monitoring is centered on Iran.