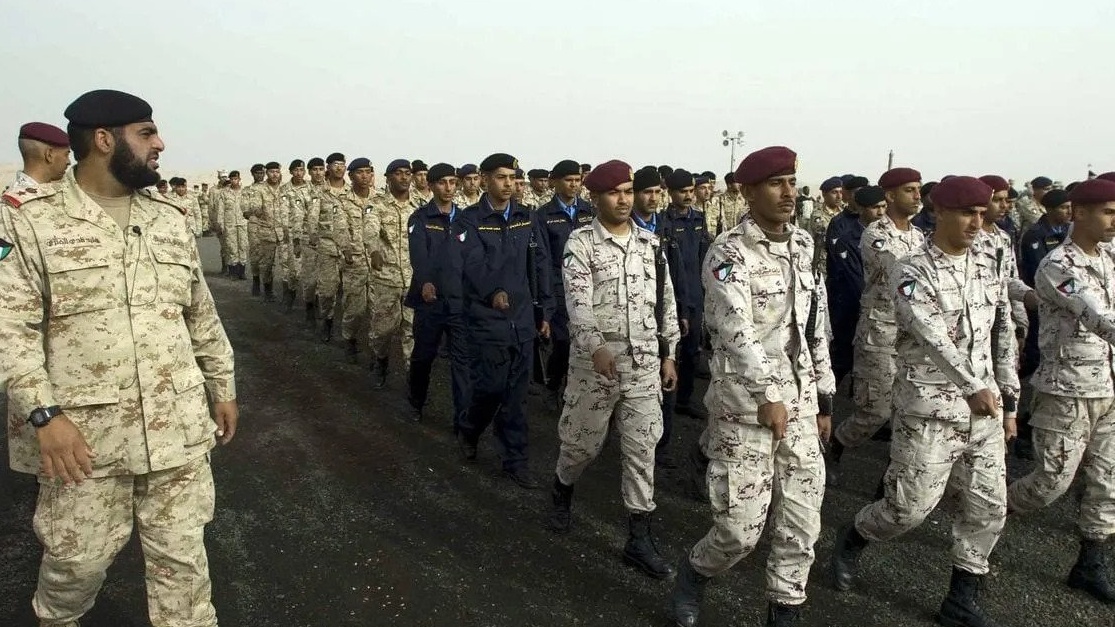 Kuwaiti armed forces during a march at the US-operated camp Arifjan on 21 February 2011. (Photo credit: Sgt. M. Benjamin Gable/ US Department of Defense)

In a statement issued by the US Department of State (DOS) on 27 September, the US announced its approval of a possible arms sale to the Kingdom of Kuwait for an estimated cost of $250 million.

According to the Pentagon, the government of Kuwait has requested to purchase a variety of M1A2K-tank-related cartridges, offensive and defensive grenades, as well as spare and repair parts.

The contract includes US government and contractor engineering, logistical, and program support in addition to integration and testing backing.

The deal was notified to congress despite no need for further approval but is still pending the signature of approval by both parties.

“The proposed sale of this equipment and support will not alter the basic military balance in the region. It will improve Kuwait’s ability to meet current and future regional threats by enabling continued employment of the M1A2 Abrams main battle tank,” the DOS announced.

According to the US Defense Security Cooperation Agency, the US has completed 56 major arms sale deals since January, of which 17 contracts were awarded to US companies by Arab states.

Earlier in February, the US was awarded a $1 billion contract for designing and constructing the Ministry of Defense headquarters complex for Kuwait and overseeing the lifecycle of the project.

According to the statement by DOS, the contract will be executed by the US Army Corps of Engineers who will be responsible for all engineering services, technical support, and all related duties to complete the 20-facility complex.

“This proposed acquisition will improve Kuwait’s capability to meet current and future threats and improve the infrastructure of a Major Non-NATO ally,” reads the statement by DOS.

Similarly, in July, the US was awarded a $397 million contract by Kuwait to provide advanced weapons and support for its Eurofighter Typhoon aircraft fleet.

During the second half of 2022, the US administration has approved nearly $20 billion worth of arms deals, with a third of those sales headed to countries in West Asia.

The sales were uninterrupted by the promise made by US President Joe Biden to curtail weapons sales to Riyadh in light of the ongoing war in Yemen.

However, Biden stayed true to the promise he made while running for elections – that the US “would not check its values at the door to sell arms.”