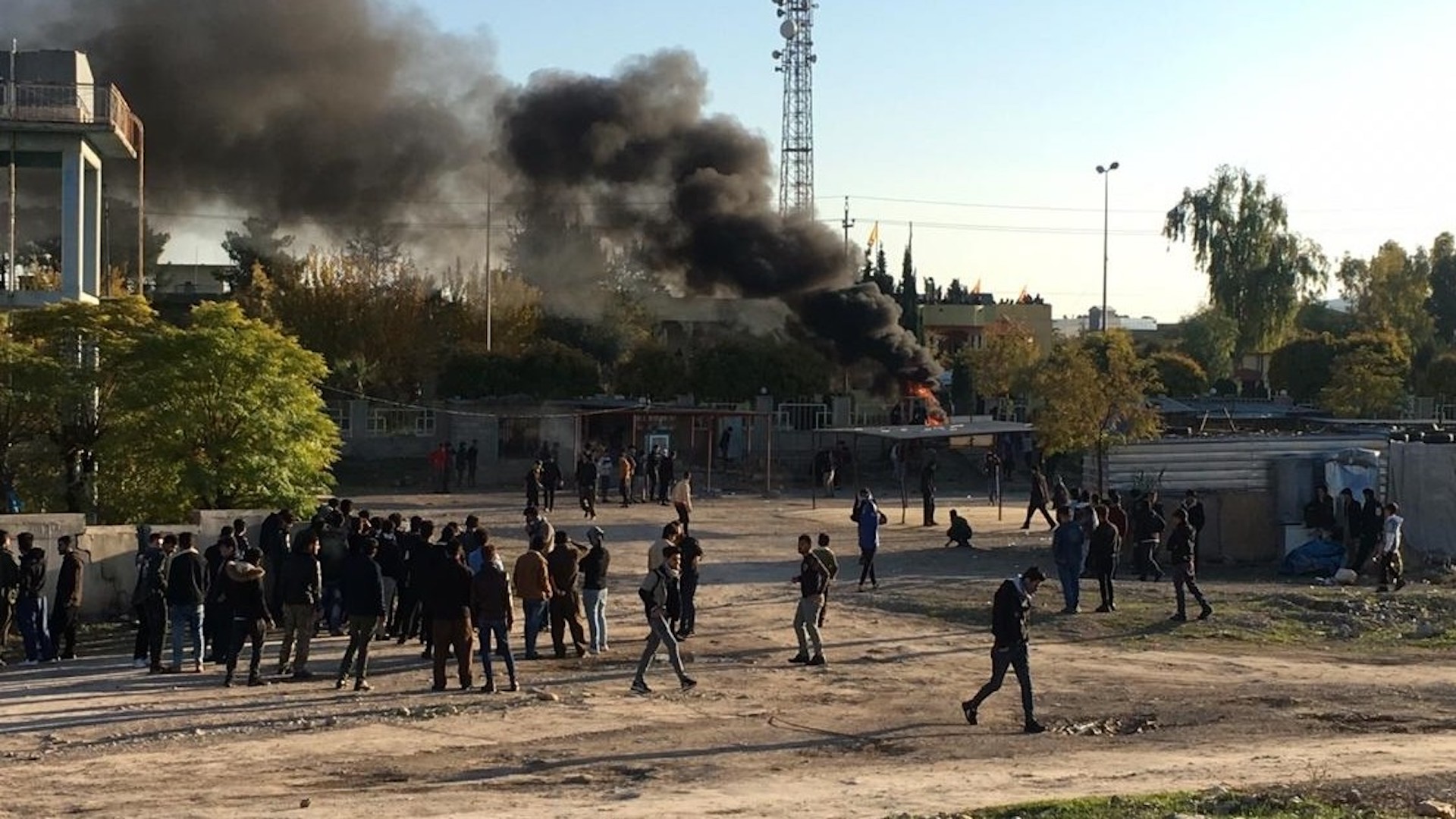 Iran’s Islamic Revolutionary Guard Corps (IRGC) continued its strikes in the capital of the Iraqi Kurdistan Region, Erbil, on 28 September.

The IRGC said it used “Fateh-360 missiles and suicide drones” in its operations against the Kurdish militants, resulting in the PAK suffering several casualties as a result of the artillery shelling on its base near Kirkuk, however, the casualties and damages have yet to be disclosed.

According to Tasnim news agency, the IRGC artillery bombed these bases after they had received a large number of weapons in cities near the country’s borders to spread chaos and disorder.

In a statement, the IRGC clarified that the aim of these attacks is to “provide security, punish the perpetrators, and push the Kurdistan region’s authorities to assume responsibilities for their legal duties.”

The camp of opposition groups in Sulaymaniyah province’s Zargwez, along with the headquarters of the KDPI in Koya, were also targeted.

“The terrorist regime of Iran has attacked the headquarters of our party in Koya,” the KDPI tweeted.

The terrorist regime of Iran has attacked the headquarters of our party in Koya.

The foreign ministry reiterated that it “strongly condemned the repeated violations of its territorial sovereignty,” stressing that “the bombing carried out by the Islamic Republic of Iran on opposition headquarters, under any pretext, is an incorrect position, a distortion of the course of events, and aroused our astonishment.”

Iranian officials have called on the Kurdish Regional Government (KRG) to curb the activities of Iranian-Kurdish militant groups in the region, claiming that Israeli agents are stationed in the area, which the KRG denies.