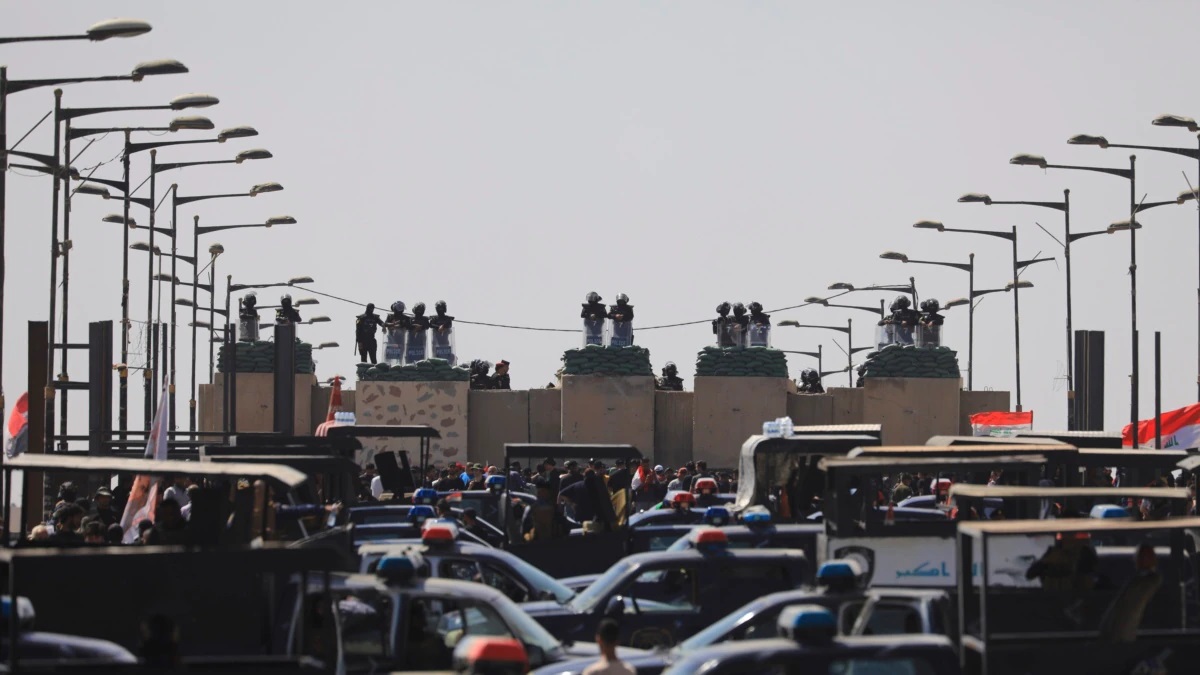 There were no immediate reports of casualties from Thursday’s strikes and no claim of responsibility, security officials said.

A day earlier, supporters of disgraced Shia cleric Muqtada al-Sadr tried to storm the Green Zone just as the Iraqi parliament held a session on the resignation of its speaker, before being confronted by riot police.

Later in the afternoon, three Katyusha rockets landed in the Green Zone, with officials confirming that at least one landed in front of the Iraqi parliament building.

Despite the new attempt by the Sadrists to derail Iraq’s political apparatus, members of parliament have voted to renew confidence in Speaker of the Parliament Mohammed al-Halbousi, who tendered his resignation days ago.

According to local reports, the Sadrist mobilization came in response to Halbousi breaking his alliance with Sadr and joining “the rival alliance,” referring to the Shia-majority Coordination Framework (CF).

“Supporters of Muqtada al-Sadr feel betrayed right now because the rivals … are trying to form a new coalition … A new prime minister will be named and this is what they do not want,” Al Jazeera’s Baghdad correspondent reported on Wednesday.

The confrontations between Sadrists and Iraqi security forces came almost one month after intense clashes between the former’s armed wing and local police, which left at least 30 dead and hundreds injured.

The situation escalated in late July after Sadrist demonstrators stormed the Iraqi parliament, demanding its dissolution and the announcement of early elections.

Later in August, the Shia cleric called on Iraq’s judiciary to dissolve the parliament and protesters flocked to the council’s building, before the armed clashes broke out and Sadr was forced to “retire” from the political arena for the ninth time.