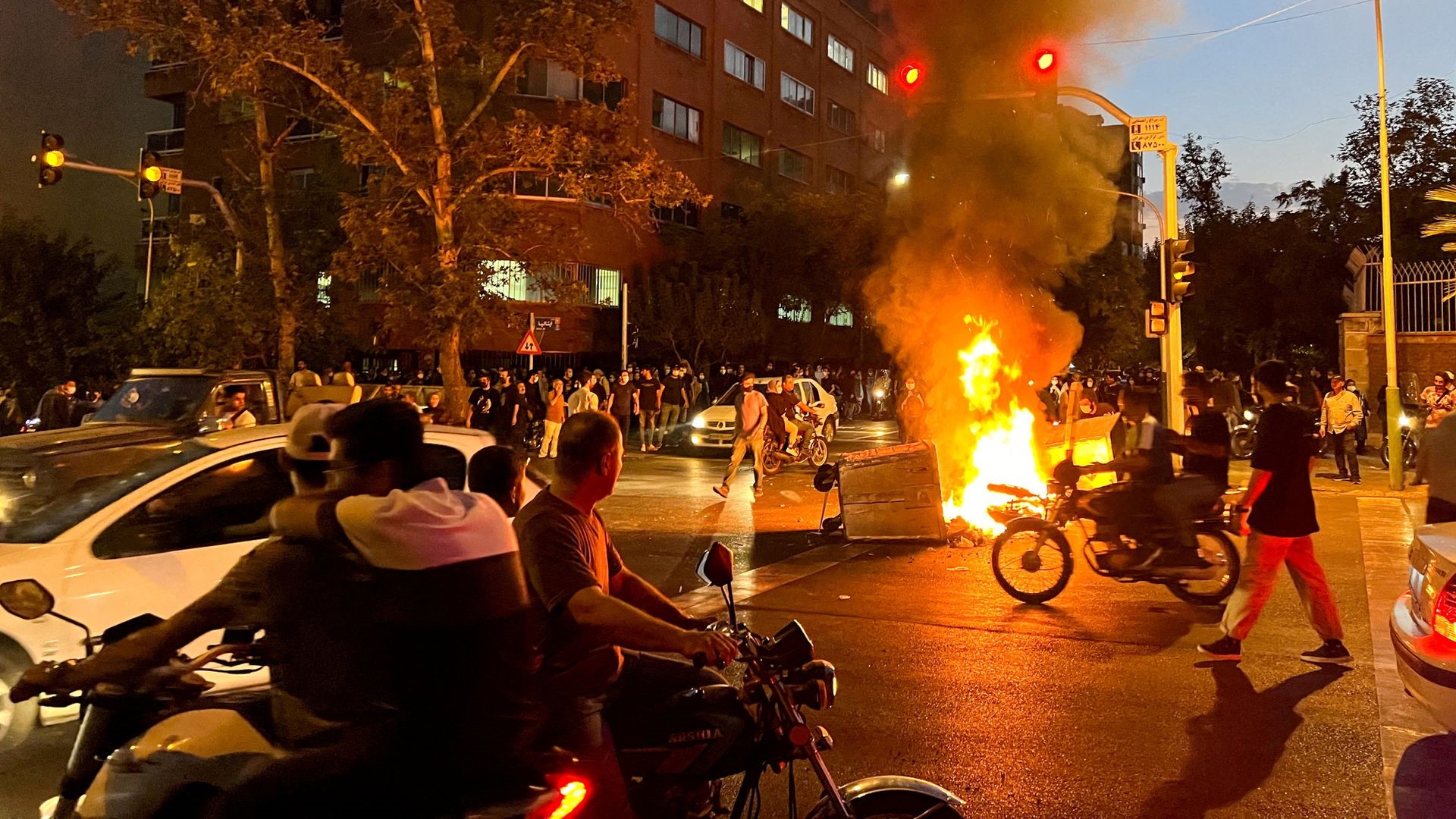 Iran’s Islamic Revolutionary Guard Corps (IRGC) vowed on 1 October to give a “decisive response” to armed groups that shot dead at least two commanders during clashes with security forces in Zahedan, the capital of the southeastern province of Sistan and Baluchestan.

The violence started on 30 September when armed groups reportedly launched an attack on a police station in Zahedan, before opening fire outside a Mosque following Friday prayers.

After the arrival of security forces at the scene, IRGC intelligence commander Ali Mousavi was hit by a bullet. He later died at a hospital.

Hours later, IRGC Brigadier General Seyyed Hamidreza Hashemi was also killed after sustaining a “severe injury in confrontations with the criminal terrorists,” according to an official statement.

According to the Governor of Sistan and Baluchestan, Hossein Modarres Khiabani, at least 19 people died and several more were injured during the clashes on Friday.

In a statement, the Jaish al-Zulm separatist group claimed responsibility for the attack in Zahedan.

Sabereen News published a video about the aftermath of the violence in Zahedan, commenting on the scenes of destruction that these “are not the streets of Syria, it is the disaster that the terrorists brought upon the city of Zahedan. They want to turn Iran into Syria, but they read blindly.”

The violent clashes are part of what Iranian intelligence claims are US and UK-sponsored riots that seek to destabilize the Islamic Republic. The unrest was sparked by the death of 22-year-old Mahsa Amini, who fell into a coma while in police custody before dying at a hospital a few days later.

Amini was detained by the Moral Security Police for the alleged improper use of the hijab, a mandatory item of clothing for women in Iran. While most western outlets claim she was “severely beaten” by police, footage released by Tehran shows Amini suddenly collapsing after speaking to a security official in a crowded waiting room.

Amini’s family has denounced the protests, saying these “do not represent their wishes.”

The Iranian Intelligence Ministry said in the statement released on Friday that the “major elements behind the riots were largely foreign citizens,” including members of the anti-Iran group Mujahedin-e-Khalq Organization (MEK).

“In the past days, the forces maintaining the country’s order and security have faced a diversity of cult-like groups, agents of foreign spy agencies as well as direct involvement of the US and British governments and their Saudi followers; and fooled agents of rioters on the streets,” the statement reads.

Iranian intelligence claims to have arrested at least 49 MEK members for “inciting the riots,” as well as 77 members of separatist groups in the Iraqi Kurdistan Region (IKR).

The IRGC has recently been carrying out airstrikes on the IKR, allegedly targeting “terrorist groups.”

Recently, weapons and explosives have been seized on the Islamic Republic’s borders. Nationals from Germany, Poland, Italy, France, the Netherlands, and Sweden, among others, have also been arrested during the violent protests.