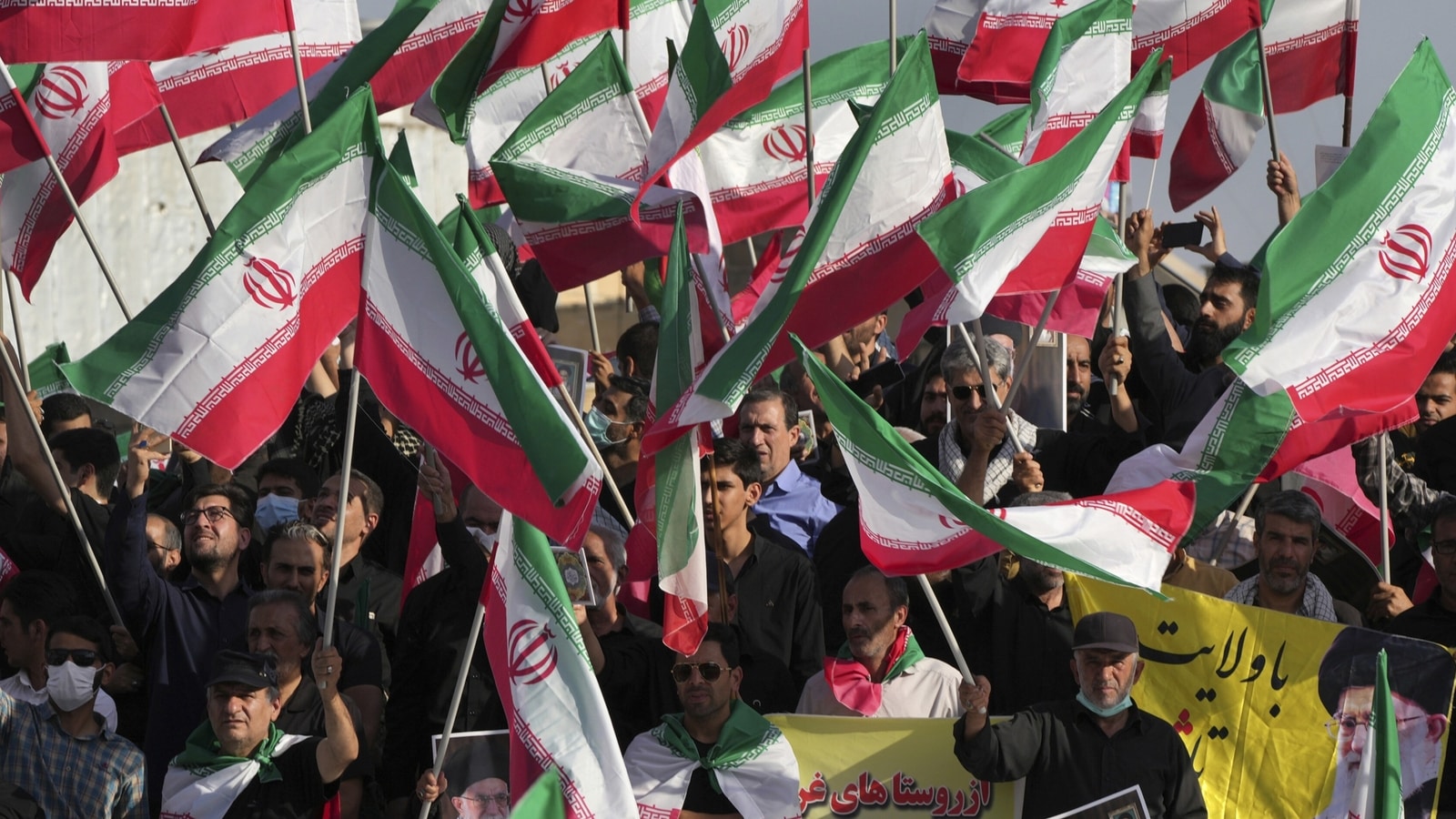 EU member states Germany, France, Denmark, Spain, Italy, and the Czech Republic have submitted proposals for new unilateral sanctions against Iran in response to the alleged repression of protesters by security forces, according to German daily Der Spiegel.

These measures are set to be discussed at a meeting of EU foreign ministers scheduled for 17 October, and would allegedly target 16 individuals, organizations, and institutions “responsible for the clampdown on nationwide protests.”

Iran has been rocked by popular unrest for the past several weeks after the death of 22-year-old Mahsa Amini, who fell into a coma in the hours after being detained by the Moral Security Police on 13 September. She passed away at a hospital three days later.

Dozens of protesters and security forces have died in the violence, as just last week at least two commanders of the Islamic Revolutionary Guard Corps (IRGC) were killed in the capital of Sistan and Baluchestan province after armed groups launched an attack on a police station and a Mosque following Friday prayers.

Speaking during a graduation ceremony for military cadets on 3 October, Supreme Leader Ayatollah Ali Khamenei said the riots were “designed by the US and the usurping and fake Zionist regime, and their mercenaries, and some traitorous Iranians abroad helped them.”

“[Mahsa Amini’s death] deeply saddened us, but the reaction to this incident without investigation – coming to streets, removing other women’s hijab, setting fire to mosques, Hussainiyas, people’s cars – it was not normal,” Khamenei went on to say.

The supreme leader also criticized the unwavering support afforded to those inciting riots by western nations, asking: “Every once in a while we witness large-scale riots, but does the US President and the US Congress issue statements offering support for rioters? Has it ever happened in history?”

“Did the US announce their willingness to provide free internet applications to rioters in [western] countries? This has happened repeatedly in Iran, so how can a smart person not realize that there are other hands behind these events?” Khamenei added.