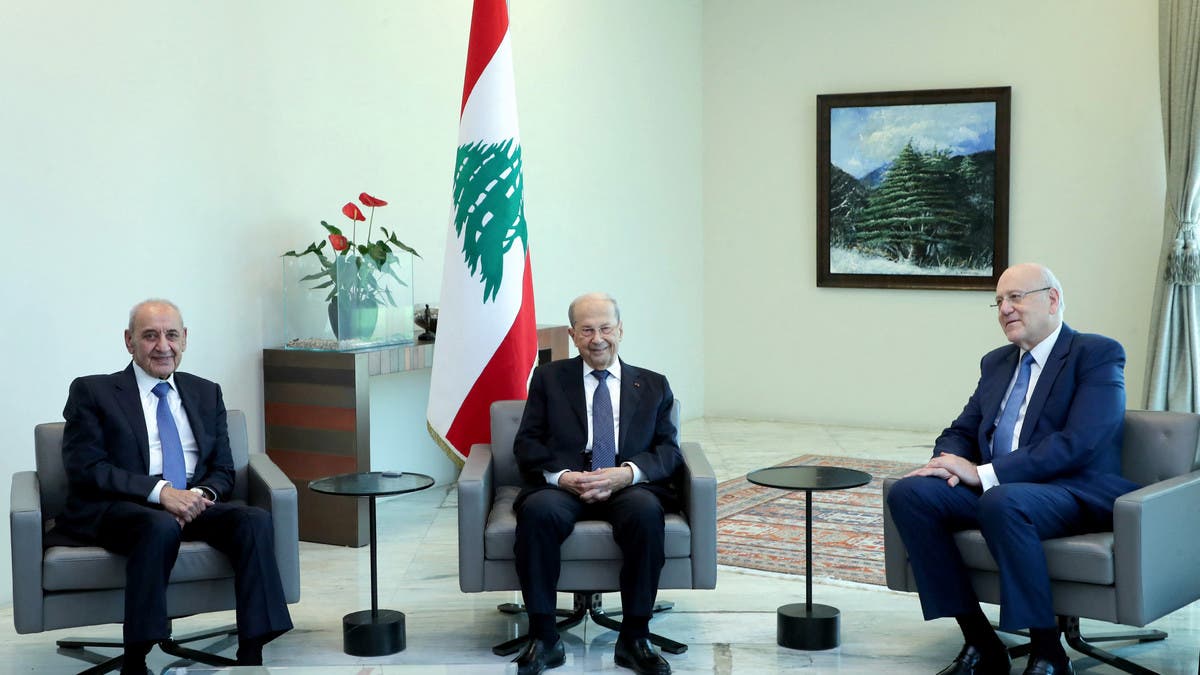 A meeting was held on 3 October between Lebanese President Michel Aoun, Speaker of Parliament Nabih Berri, and Prime Minister Najib Mikati at the presidential palace in Baabda, where they discussed the new US proposal for a maritime agreement with Israel.

The meeting was also attended by Lebanon’s Deputy Speaker of Parliament, Elias Bou Saab, as well as a team of technical advisors.

“Observations were collected in a report that will be sent to the American mediator,” Bou Saab said after the meeting, in reference to the US negotiator Amos Hochstein, adding that the report sent to him will request certain amendments to the agreement. He further clarified that Lebanon’s final position will be presented after Hochstein responds to the Lebanese report.

“Our position is unified, and this is one of the factors of strength that Lebanon enjoyed during the negotiation stage,” Bou Saab added, while Mikati claimed that “things are… on the right track,” after the meeting.

Despite this optimism, Bou Saab was quoted by the media, as saying just before the meeting in Baabda that Lebanon will not be financially compensating Israel in any way.

This was a response to an announcement made by interim Israeli Prime Minister Yair Lapid on the same day that Israel will demand royalties for Lebanese gas extraction operations in the Qana gas field, which has been fully granted to Lebanon under the latest draft agreement. The move has sparked fear in Lebanon that the deal will serve as a sort of veiled economic normalization treaty with Tel Aviv.

According to the media, the Director-General of the Israeli Energy Ministry, Lior Shilat, is in Paris and is already holding talks with French petroleum company Total Energies about a mechanism for Israel to receive a percentage of any gas Lebanon extracts from the Qana field.

Lapid’s announcement is likely an attempt by the interim Prime Minister to save face with the Israeli public, as his government has been facing backlash from the opposition led by the former Prime Minister Benjamin Netanyahu, who accused Lapid of giving into Hezbollah’s demands during the negotiations.

As a result of the backlash, Israeli media reported on 2 October that Lapid intends to approve the maritime agreement through a special article in the government’s regulations that gives him the legal right to hide its details from the public.

As part of Netanyahu’s aggressive election campaign, he and his far-right allies have been attempting to sway the Israeli public against the agreement.

According to unconfirmed reports from 3 October, the head of the Israeli negotiation team has resigned as a result of the pressure.

Netanyahu has said that he will scrap the agreement in the event that he is reelected in November.