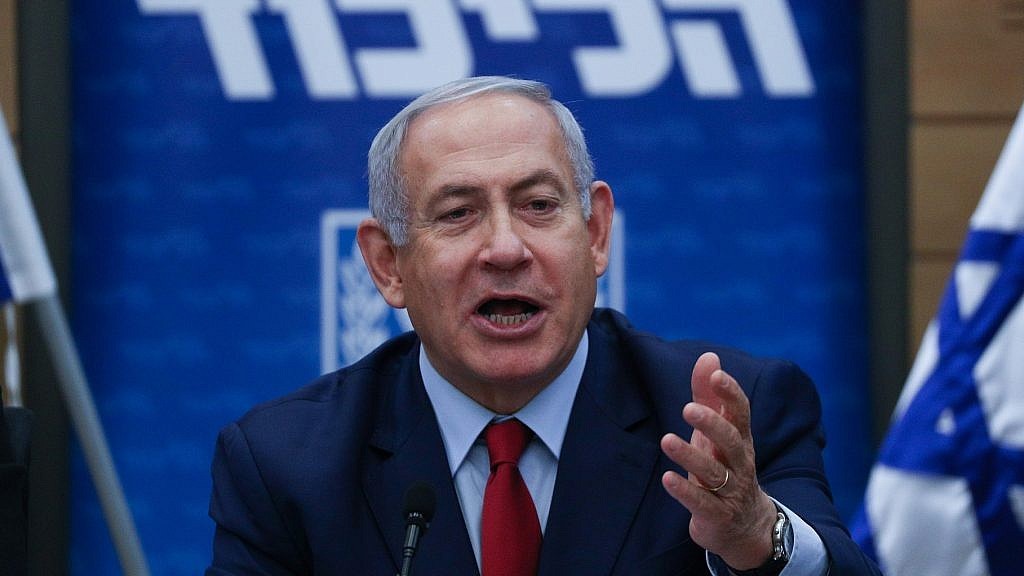 Israeli opposition leader Benjamin Netanyahu vowed to authorize large construction projects in the West Bank in favor of Israeli settlers, as he continues to escalate in his attempt to garner support ahead of the elections.

Netanyahu, along with 30 members of the far-right Likud party, signed a declaration that calls for the development of settlements in the West Bank, under the slogan of “Moving Eastward.”

Politicians from Shas, United Torah Judaism, the Religious Zionist, and the Jewish Home party joined Likud in their support of the declaration announced by the Sovereignty Movement.

The signatories of the statement pledge to use all parliamentary tools at their disposal to implement these construction projects, including the undertaking of all necessary changes to laws in favor of facilitating the settlers’ projects.

However, despite the historic and political claim to the West Bank by Israelis, the declaration is intended to solve a pressing economic crisis in Israel rather than just fulfill a prophecy.

At heart, the pronouncement intends to ease Israel’s housing crisis by creating settlements that are close to the coast, but outside Tel-Aviv and other expensive cities.

“Construction of thousands of housing units on the Tel Aviv-Ariel thoroughfare will lead to a dramatic rise in the supply of land for construction and to a significant drop in housing prices,” states the declaration as quoted from the Jerusalem Post.

Nonetheless, as with every new government that has been sworn in, the crisis goes far too deep to be resolved through such measures.

“The crisis has led to a situation in which people who are even above the middle class cannot afford to buy a first apartment,” said Rony Eyal-Lahav, an expert in Israel’s real estate market.

On 25 July, the Israeli Interior Ministry’s District Planning Committee for Jerusalem said it had restarted the construction of 700 illegal settlements that were previously suspended due to President Joe Biden’s visit to Israel.

The committee also confirmed a plan for 1,446 settlement units located between the illegal settlements of Har Homa and Givat Hamatos, raising the number of projects to 4,427.

However, these projects fall short of the promise once made by Netanyahu to annex the whole West Bank during former president Donald Trump’s administration.

His failure to provide prompted anger from the voters he is now trying to appease ahead of the parliamentary elections on 1 November.

“It’s a major disappointment. It was a once-in-a-lifetime opportunity, a golden opportunity that the prime minister missed because he lacked the courage,” said David Elhayani, head of the Yesha Council in 2020.