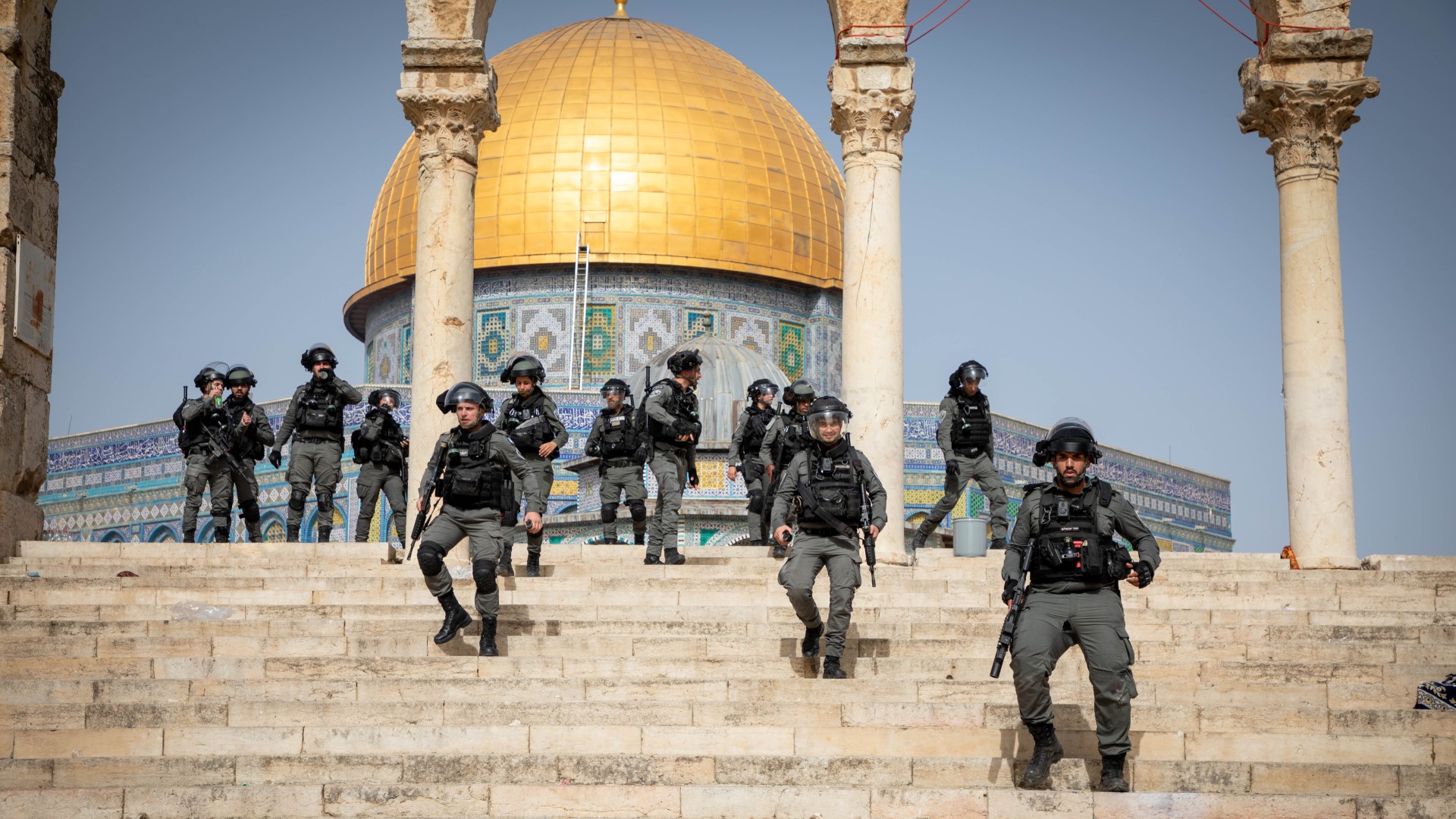 On 4 October, the Islamic Endowments Department in occupied Jerusalem reported that hundreds of settlers stormed Al-Aqsa Mosque under strict protection from Israeli authorities.

According to the Palestinian News and Information Agency (WAFA), 300 Israeli settlers stormed Al-Aqsa Mosque in successive groups via the Mughrabi Gate.

The settlers carried out provocative acts and were allowed to perform their religious rituals in the courtyard under the protection of Israeli occupation forces, while many Muslim worshipers were forcibly removed from the area.

According to local reports, “dozens of settlers blew the trumpet between the graves of Muslims in the Bab al-Rahma cemetery, which is adjacent to the eastern wall of Al-Aqsa Mosque,” where hundreds of settlers performed Talmudic rituals.

Last month, Israeli troops raided the home of the director and Imam of Al-Aqsa Mosque, Omar al-Kiswani, who was transferred to the Al-Maskobiya interrogation center after being arrested inside his home. He was released hours later.

Israeli intelligence allegedly threatened the Mosque’s director a few days earlier, demanding that he will stop with his statements that “disturb” the government in Tel Aviv.

The Mosque has been subjected to countless attacks by far-right Israeli groups in the past year, encouraging settlers to provoke Muslim worshippers.

In August, hundreds of Israeli extremists stormed the courtyards of Al-Aqsa Mosque and called for the destruction of the holy place. The provocative event was organized by  Jewish supremacist groups.

The provocateurs were escorted inside under the protection of heavily armed Israeli police and accompanied by Itamar Ben-Gvir, a far-right member of the Knesset.

Israeli troops carry out near-daily raids in the West Bank, targeting populated Palestinian communities. Palestinian-American journalist Shireen Abu Aqla was murdered by the Israeli Defense Forces during one of such raids on 11 May.