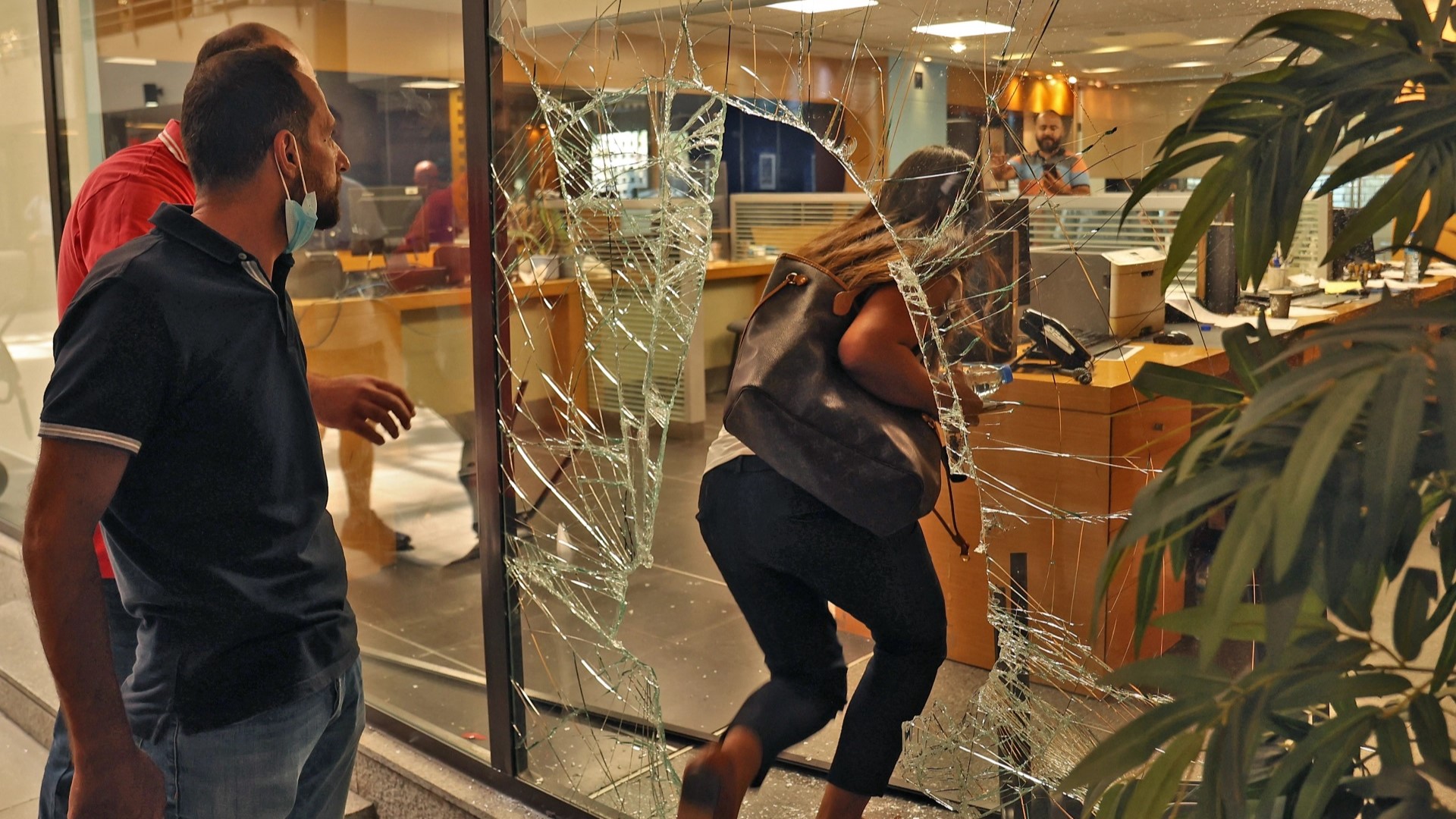 The Association of Banks in Lebanon (ABL) on 4 October pleaded with depositors groups to hold talks to put an end to the wave of heists by people desperate to retrieve their life savings.

In a statement released on the same day that four banks were held up by depositors across Lebanon, the ABL issued a statement calling for “a frank dialogue between depositors and banks to demand the recovery of the private sector funds wasted by the state.”

The banks used the rest of the four-page statement to skirt any blame for Lebanon’s manufactured financial meltdown, instead saying the government is solely to blame.

“[Banks] have borne and are still bearing repercussions that exceed any responsibility for them in this extended systemic crisis,” the statement stresses, before criticizing the government for “passing budgets, spending and wasting funds, and declaring a default.”

Since 2019, Lebanon has been experiencing the worst economic collapse in modern history, as a result of rampant corruption within the state and among the financial elite.

After initially locking citizens out of their bank accounts, Lebanese banks have since imposed strict limits on withdrawals.

The situation has created the current wave of bank heists, as well as a migrant crisis that has seen hundreds lose their lives in the Mediterranean Sea.

An investigation by The Cradle in February of this year showed that 14 Lebanese banks were liquid enough to pay 100 percent of the value of deposits up to $200,000.

The banks could also pay 20 percent of the value of deposits above $200,000, according to IMF documents. But despite this reality, the banks are still blocking depositors from accessing their savings.

Moreover, banks have continued their practice of speculating on the Lebanese lira (LBP) by purchasing dollars with the LBP they receive from the central bank, which are meant for clients.

For years the banks have ignored state instructions to ease the lira’s downturn by incentivizing clients who have transferred over $500,000 of their deposits abroad to repatriate 15 percent of that amount back to Lebanon.

Bank chairmen, members of their boards of directors, large shareholders, top management, and politically exposed persons (PEPs) were also required to repatriate 30 percent of their foreign transfers, a measure mainly ignored by the ABL.

The banks’ role in Lebanon’s financial crisis is deeply tied to the mismanagement of state funds by the central bank and its long-time Governor, Riad Salameh, who faces embezzlement and money laundering probes in several European states.