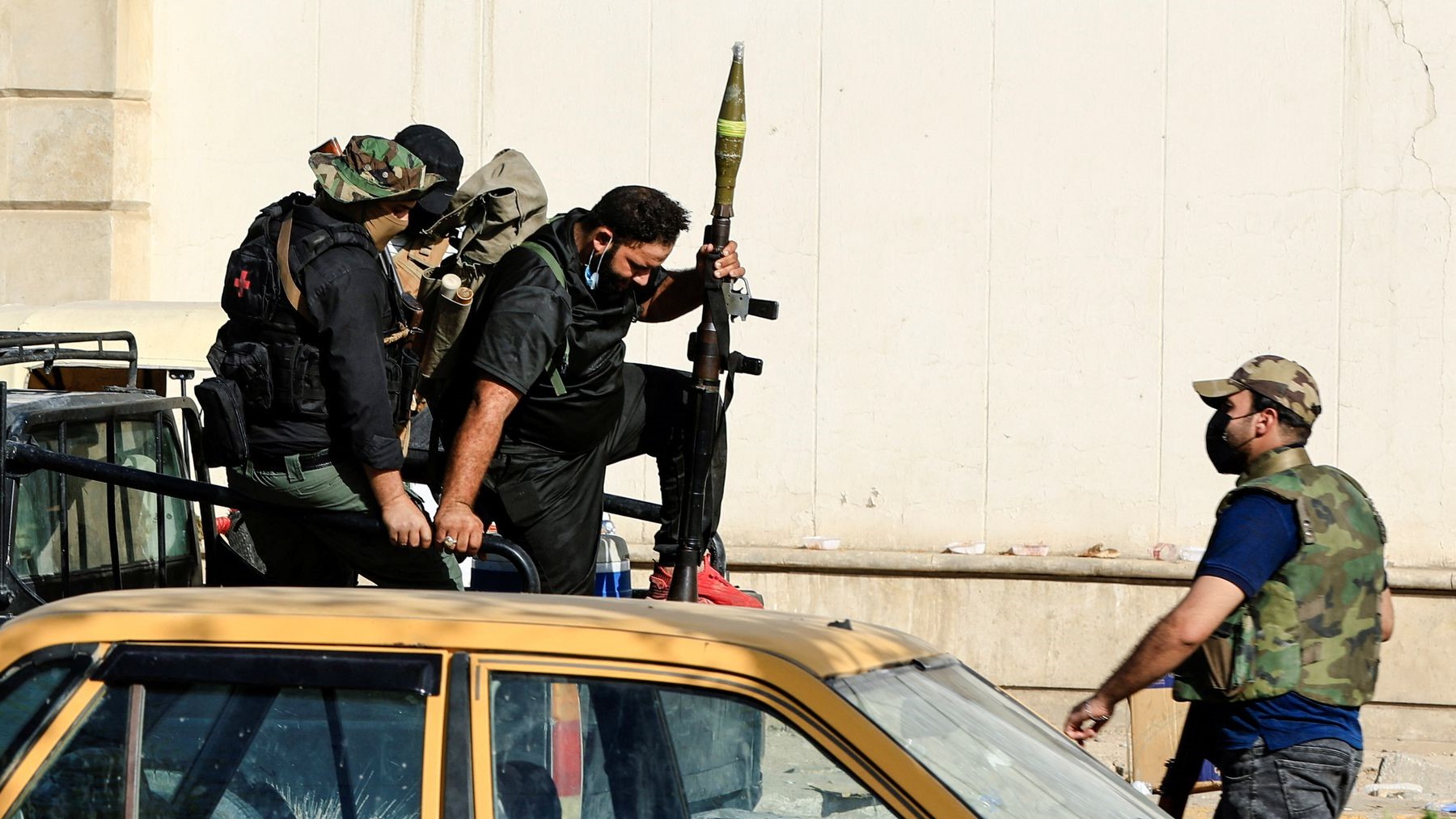 The Sadrist movement announced the halt of all actions by its armed factions in Iraq, except for the regions of Salah al-Din and Samarra, according to a report published by Al Mayadeen on Thursday, 6 October.

Saleh Mohammed al-Iraqi, known as the “leaders minister” of the Sadrist movement, announced the move on Twitter, saying that “we announce the halt of operations for all armed factions – including Saraya al-Salam – and ban the use of weapons in all provinces except Salah al-Din and Samarra and its surroundings, or in accordance with the commander’s directives and orders.”

The statement comes in light of recent attacks on 4 October, when over a dozen Katyusha rockets were fired at the headquarters of the Popular Mobilization Units (PMU) in Basra, southern Iraq.

Locals blamed the Saraya al-Salam brigades for the attacks, claiming they were seeking revenge for the killing of one of their members by the Asaib Ahl al-Haq – a militia belonging to the PMU.

According to the PMU, their forces repelled the attack, killing at least 12 of the assailants.

Additionally, scores of supporters of Iraqi cleric Muqtada al-Sadr stormed and vandalized the headquarters of the Al Rabiaa TV news station in central Baghdad on the same day.

The inter-Shia conflict has been brewing in Iraq in recent months, following the election in October 2021.

Though Muqtada al-Sadr’s Sadrist movement was able to win 73 out of 329 seats in early elections back in October 2021, his political party failed to create a coalition government, leading to the withdrawal of all MPs in June.

The situation further escalated when Sadr called on his followers to storm and occupy the country’s parliament to prevent the formation of a new government.

Furthermore, Sadrists occupied the area outside of the Iraqi parliament in August and laid siege to Iraq’s judicial institutions, forcing them to shut down completely.

When Muqtada al-Sadr announced his retirement from Iraqi politics for the second time this year, his followers stormed Baghdad’s heavily fortified Green Zone and clashed with security forces, resulting in the deaths of at least 23 people.

In response, Iraqi political leaders met on 5 September for the second session of talks to resolve the country’s nearly year-long political deadlock.

Officials from the Sadrist movement, however, announced they would not take part in the talks.