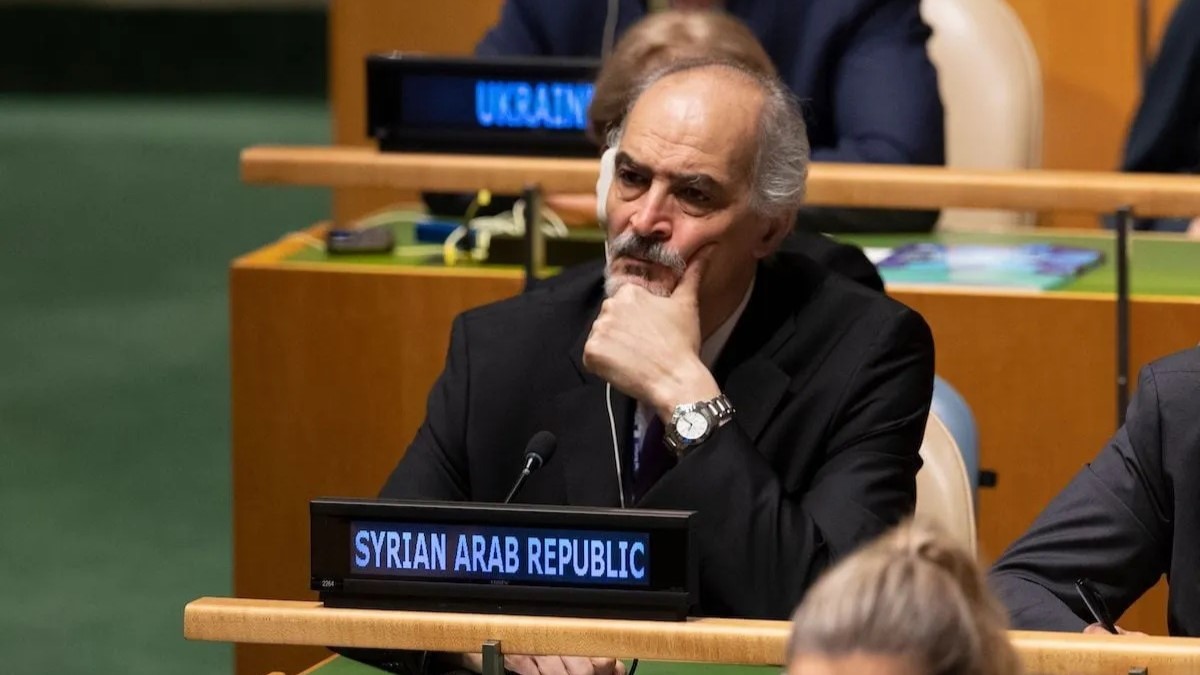 According to Syrian state media, deputy foreign minister Bashar al-Jaafari has been appointed to lead the Syrian diplomatic mission in Russia, as the new ambassador to Damascus’s historic ally.

Jaafari took the constitutional oath before President Bashar al-Assad on 5 October ahead of his mandate to replace retired general Riad Haddad, who has represented Syria for the past five years.

In the details, SANA reported that Jaafari was provided with directives and was wished success in his mission by Assad, as Syria has expressed an interest in boosting diplomatic cooperation with Russia following their joint war efforts.

During his 42 years as a Syrian diplomat, Jaafari was celebrated in Syria as a staunch defender of the country in international forums and a key player in safeguarding it at the UN security council.

In the face of the US-backed aggression on Syria, Jaafari was vocal about the US support for terrorists in Syria and the alleged factors that sparked the decade-long civil war.

“One of the reasons for the war on Syria was the refusal [by Damascus] to extend the Qatari gas pipeline to Europe via Turkey to thwart the Russian pipeline,” Jaffari alleged on 1 March.

He continued to accuse the US administration of sabotaging Nord Stream 1 and Nord Stream 2 while attempting to persuade Arab states to replace the energy resources needed in Europe.

Additionally, during his tenure as the deputy foreign minister, Jaafari accused Saudi Arabia and Qatar of hindering Syria’s return to the Arab League.

“We did not leave the Arab League, we are one of the founding countries and we did not abandon our national identity,” Jaafari was quoted as saying in December 2021.

He added that Qatar and other Arab states are setting preconditions similar to surrender demands that Damascus has to accept before it is allowed to participate in the Arab League meetings.

Jaafari’s appointment to Moscow is part of an extensive reshuffling of Syrian ambassadors in Asia, Europe, and Latin America.

Egyptian daily newspaper Al-Watan reported that Syria intends to change its ambassadors in Cuba, Brazil, and Venezuela in addition to its ambassadors to Serbia, Bahrain, Pakistan, Indonesia, and several other states.

Earlier in May, Syria also changed its ambassadors in Armenia, China, India, and Oman.