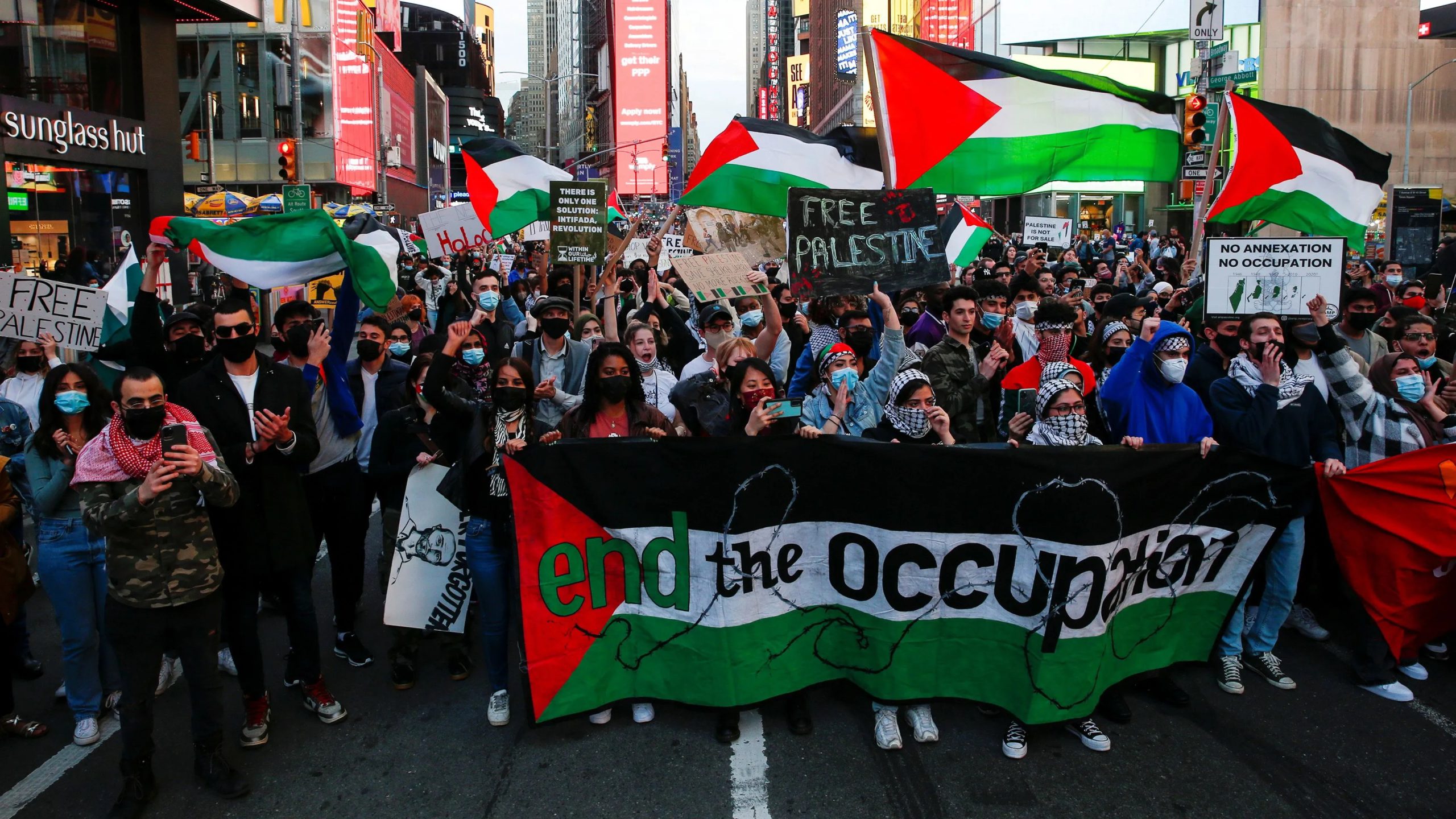 Demonstrators march on Times Square in New York City to express their solidarity with Palestinians on 12 May, 2021. (Photo credit: Eduardo Munoz/Reuters)

The freelance journalist was dismissed after a pro-Israeli organization alerted the publication of Salam’s previous Facebook posts in which he had expressed support for Palestinian resistance.

Salem claims that the Israeli lobby organization Honest Reporting exists to deliberately sabotage the Palestinian narrative in the West, essentially discrediting him and two other Palestinian colleges.

On the same day, Salem tweeted: “What is taking place is a systematic effort to distort the image of Palestinian journalists as being incapable of trustworthiness and integrity, simply because we cover the human rights violations that the Palestinian people undergo on a daily basis at the hands of the Israeli army.”

Earlier last month, Palestinian journalists in the Gaza Strip and occupied East Jerusalem say social media giants like WhatsApp, Facebook, and TikTok have closed the accounts of those reporting on Israeli war crimes.

On 8 September, Amazon and Google employees held a rally against their companies’ recent $1.2 billion-dollar contract with Israel.

The rally was referred to as a “Day of Action,” with the social movement demanding the cancellation of the Project Nimbus contract over Israel’s constant human rights violations.

Earlier this year, Israeli media revealed that the Israeli forces are required to capture and enter the pictures and details of at least 50 Palestinians during their shift into the so-called ‘Blue Wolf’ facial recognition system.

Blue Wolf works as a smartphone application and is described as the occupation army’s secret “Facebook for Palestinians.”

Over the past year, occupation forces have also been installing face-scanning cameras at various checkpoints across the West Bank.