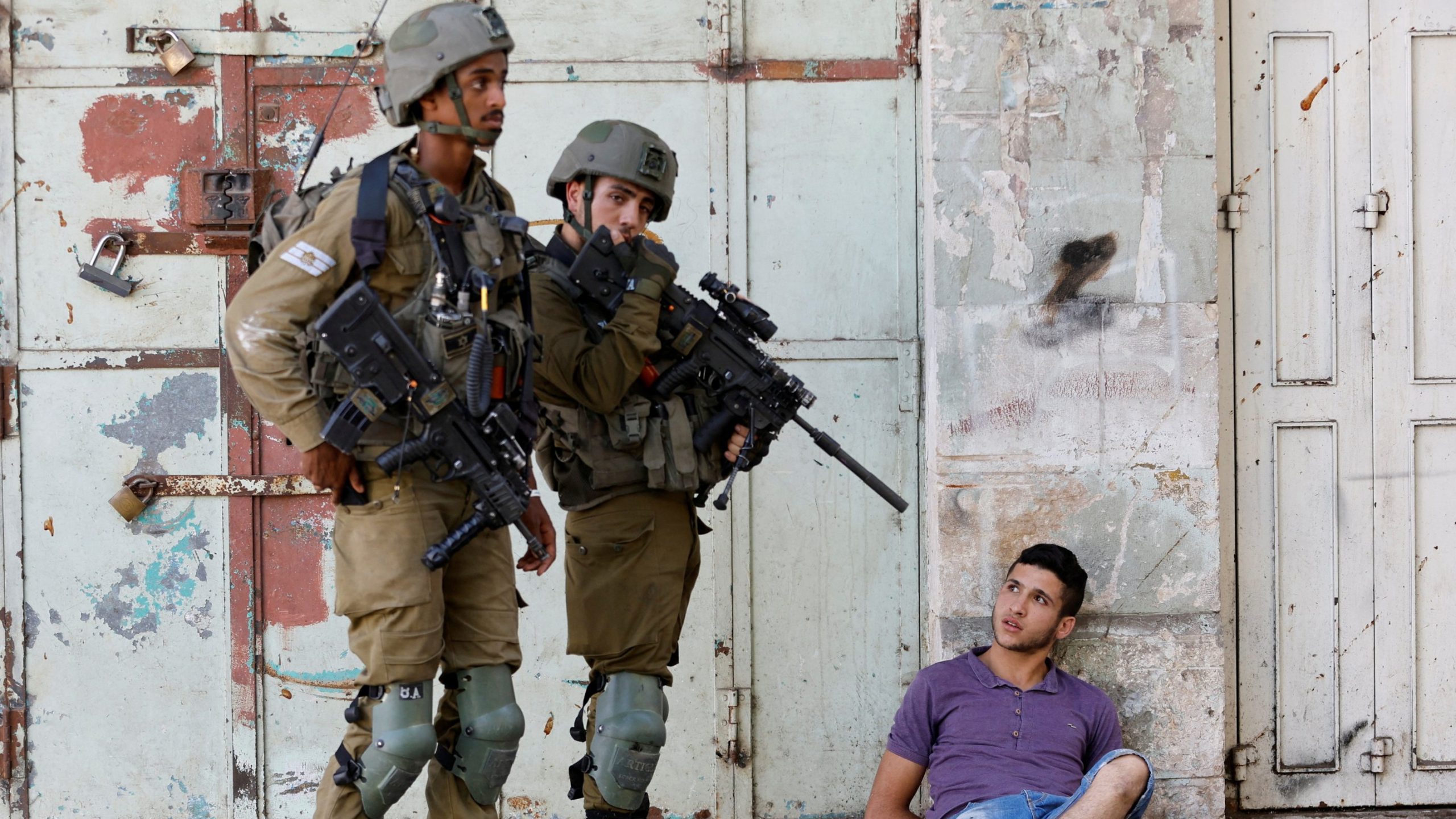 Two Palestinian teenagers were killed, and eleven other civilians were wounded during an Israeli army raid in the early hours of 8 October in Jenin, in the occupied West bank.

According to the Palestinian Ministry of Health, Mahmoud al-Sous and Ahmad Daraghmeh were shot dead while protesting the Israeli army’s advance in the city.

“During the activity, dozens of Palestinians hurled explosive devices and Molotov cocktails at the soldiers, who responded with live fire towards the armed suspects,” an army statement alleged.

Additionally, the spokesman of the Israeli army announced the conclusion of a joint raid with the Shin Bet intelligence service that resulted in the arrest of four Palestinians overnight and Saleh Abu Zeina in the morning.

The statement accuses Abu Zeina of partaking in the armed resistance in the West bank, under the command of the Palestinian Islamic Jihad (PIJ) movement, and carrying several shooting operations against the occupation’s checkpoints.

In details, the arrest of Saleh Abu Zeina intends to pressure his brother Mohammed, a high ranking local commander from the PIJ.

Troops from elite unit Duvdevan, Egoz, Nahhal and the Border Guards participated in the operation. UAVs and Apache attack-helicopters patrolled the skies over Jenin to support the operation.

During the clashes, the Israeli army shot towards several journalists, injuring at least one who was reporting on the the ongoing raid.

According to local news, Mujahid Al-Saadi, Muhammed Abed, Jaafar and Nidal Shtayyeh, were part of the group of journalists that was evacuated from the scene.

Attacks on journalists is a normalized procedure by the army, whose actions sparked international condemnation for murdering American-Palestinian journalist, Shireen Abu Aqla.

The Palestinian Authority (PA) issued a statement to condemn the Israeli aggression, voicing its concern of the escalation and accusing Israel of sabotaging the ‘Palestinian national project.’

As of today, Jenin city and its refugee camp have mourned 63 youths during 2022 in confrontations against the Israeli army. A total of 114 were killed in the West bank.

“It is the deadliest year in the occupied West Bank for more than seven years,” revealed Al Jazeera’s journalist in Palestine, Nida Ibrahim.

On Friday, another two Palestinian teenagers were murdered in separate incidents in the occupied West Bank.

Adel Ibrahim Daoud  was shot in the head by the Israeli army in Qalqilya, northern West Bank, while Mahdi Ladado was shot dead in the outskirts of Ramallah.

Remarkably, during yesterday’s events, the Palestinian security forces were recorded during their attempt to prevent Israeli soldiers from storming Bab al-Zawiya area in Hebron.

This rare incident comes in light of the discontent against the PA which has been growing in the West Bank due to its close security cooperation with Tel Aviv.

“The PA’s continued security coordination with the occupation will not discourage the Palestinian people in their armed resistance until liberation,” decried the the resistance factions in a statement in January.