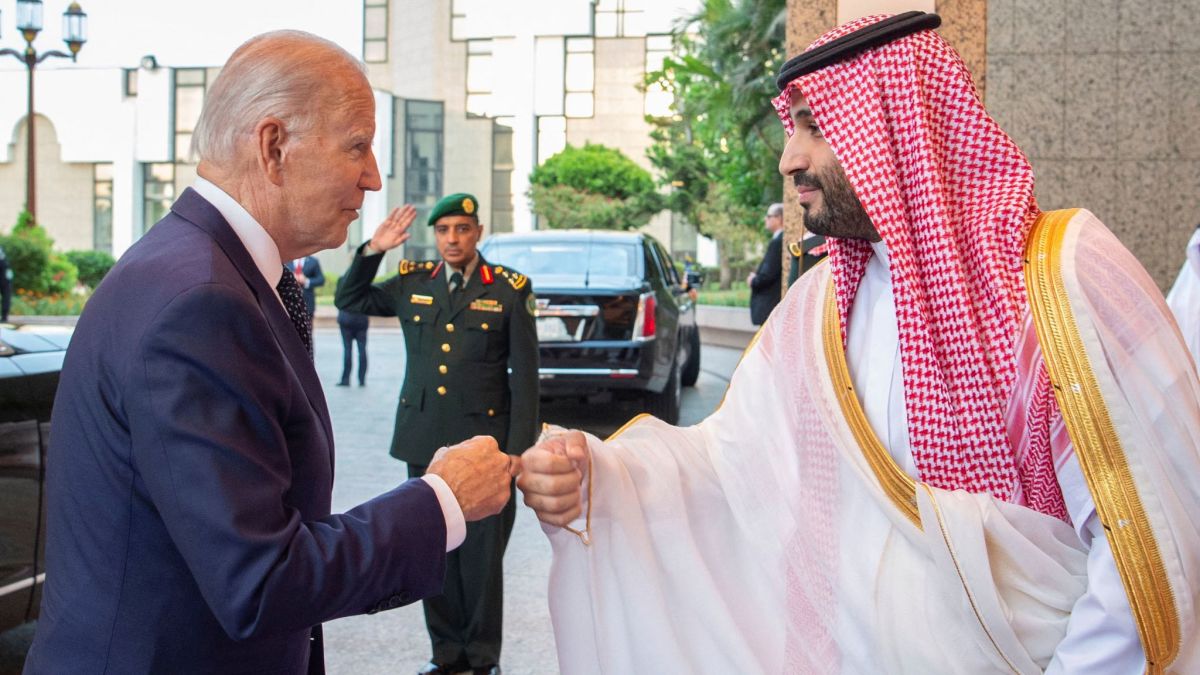 Lawmakers from the US Democratic party, Richard Blumenthal and Ro Khanna, have proposed legislation to put an end to US arms sales to Saudi Arabia as a response to the decision by OPEC+ to cut production output levels.

According to the two lawmakers, Riyadh’s support for Moscow, as it is seen by Washington, calls for a “far-reaching review of the US-Saudi relationship.”

In an opinion piece co-written by Blumenthal and Khanna, released by US media outlet Politico on 9 October, they wrote: “The Saudi decision was a pointed blow to the US, but the US also has a way to respond: It can promptly pause the massive transfer of American warfare technology into the eager hands of the Saudi.”

“We are proposing bicameral legislation in the Senate and House on Tuesday that will immediately halt all U.S. arms sales to Saudi Arabia,” the piece adds.

The US senators said that the arms sales to the kingdom should be halted until Saudi Arabia scales back its “embrace” of Russian President Vladimir Putin.

“We give Saudi Arabia 70% of their weapons … For them to drive up energy prices for the American people is outrageous. It’s simple. If the Saudi-led OPEC+ doesn’t reverse their decision, the US should stop sending them weapons,” Khanna said via Twitter on 7 October.

We give Saudi Arabia 70% of their weapons. For them to drive up energy prices for the American people is outrageous.

It's simple. If the Saudi-led OPEC+ doesn’t reverse their decision, the US should stop sending them weapons. pic.twitter.com/dw87HVYvPb

Although US President Joe Biden previously vowed to make the kingdom a “pariah,” US arms have continued to make their way into Saudi hands, helping fuel Riyadh’s war against Yemen. Right after taking office, Biden approved $650 million in air-to-air missiles to Saudi Arabia.

On 2 August, Biden approved and notified Congress of a possible multibillion-dollar weapons sale to both Saudi Arabia and the UAE, totaling as much as $5.3 billion. If the legislation to halt sales to the kingdom passes, the US stands to lose billions of dollars, making it unlikely that such a decision would be ratified.

During an interview with Fox News on 7 October, Saudi Arabia’s Minister of State, Adel al-Jubeir, strongly rejected the idea that the OPEC+ decision was a politically motivated move made against Washington, blaming high gas prices in the US on a lack of sufficient refinery production.

“The idea that Saudi Arabia would do this to harm the U.S. or to be in any way politically involved is absolutely not correct at all,” the Saudi official said in reference to the White House’s accusation that OPEC+ and the kingdom have aligned with Russia.

On 9 October, Russian Presidential Spokesman Dmitry Peskov referred to the OPEC+ move as “a victory for common sense” which counters the “mayhem” caused by the US in global energy markets.