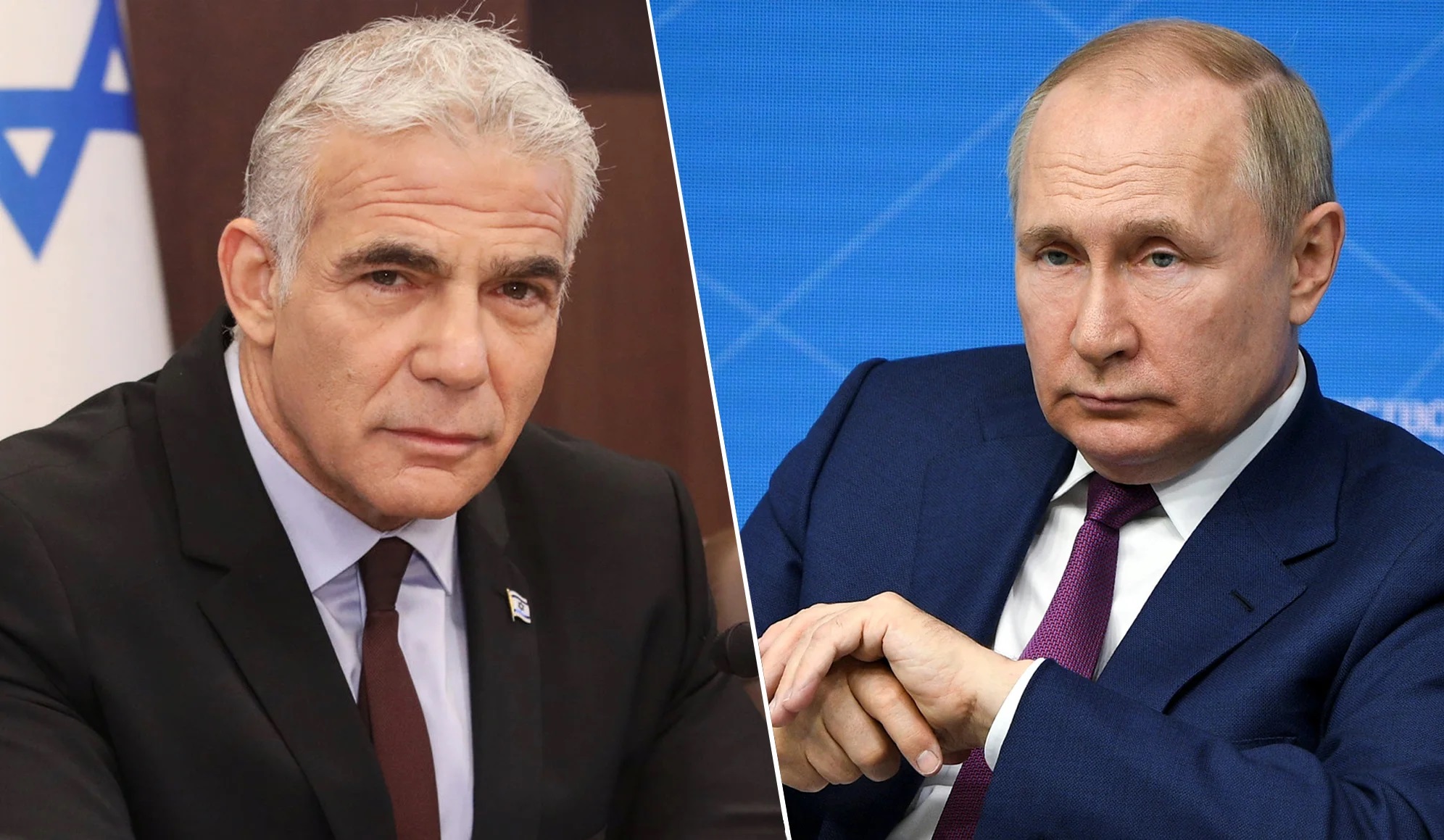 The Russian embassy in Israel issued a statement late on 10 October lambasting the comments of interim Prime Minister Yair Lapid against Moscow’s attacks on Ukrainian cities, highlighting that Tel Aviv failed to do the same for Kiev’s “terrorist attacks on civilians of Donbass.”

“It’s worth noticing, that, unfortunately, Israel chose to stand silent during eight years of ongoing Ukrainian terrorist attacks on civilians of Donbass, to turn a blind eye to the recent murderous Ukrainian attack on a refugee convoy in the Kharkov region, monstrous murders of civilians by Neo-nazi Azovs in Kupyansk and other Ukrainian cities, [the] vicious murder of a Russian journalist Darya Dugina, [the] recent Ukrainian terror attack on the Crimean Bridge, as well as other numerous horrific and unpunished crimes of the Kiev regime,” the statement by the Russian embassy reads.

Earlier on Monday, Lapid tweeted: “I strongly condemn the Russian attacks on the civilian population in Kiev and other cities across Ukraine.”

I strongly condemn the Russian attacks on the civilian population in Kyiv and other cities across Ukraine. I send our sincere condolences to the families of the victims and the Ukrainian people.

On Monday morning, Moscow launched mass missile strikes against multiple Ukrainian cities in retaliation for the bombing of a bridge linking mainland Russia with the Crimean peninsula.

At least 11 people were killed and 64 were injured from the strikes and many cities were left without power or water, according to the Ukrainian State Emergency Service.

“Through its actions, the Kiev regime has put itself on a par with the most odious of international terrorist groups. It is simply impossible to leave crimes of this kind unanswered,” Russian President Vladimir Putin said during a televised address on Sunday.

Since the start of the war in Ukraine, Israel has been trying to avoid aligning too closely with either side, mainly over fears that Russia could prevent their illegal operations inside Syria.

Nonetheless, Tel Aviv has offered strong criticism of Moscow on several occasions. In response, the Kremlin has accused Israel of siding with the “neo-Nazis in Ukraine” and has ordered the dissolution of the Jewish Agency’s branch in Russia.

On top of this, recent reports allege that Israeli security companies have sold anti-drone systems to the Ukrainian army via intermediaries in Poland, despite warnings from Moscow telling Israel there will be “retaliation” if they supply Kiev with weapons.