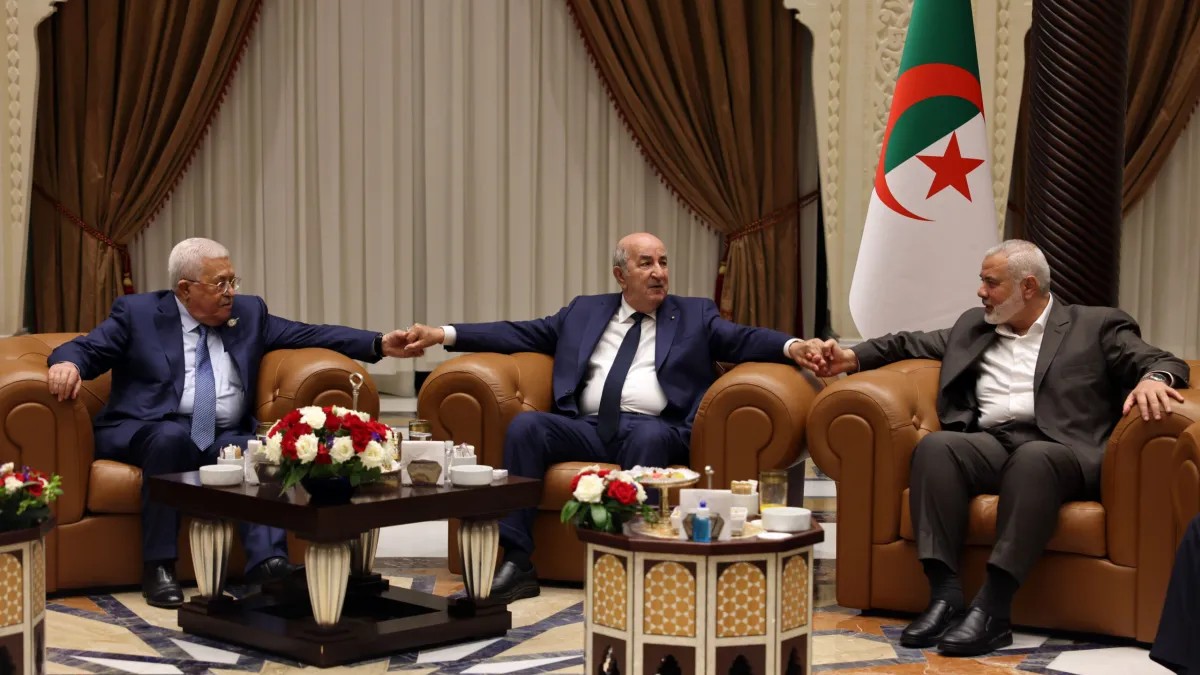 The Algerian President Abdelmadjid Tebboune hosted a meeting on 11 October between delegates from the Palestinian Authority (PA) and the Palestinian resistance movement Hamas to facilitate reconciliation talks between the factions.

Hostilities between the parties have been apparent since 2007, following Hamas’s consolidation of power in the Gaza Strip. Previous negotiations have repeatedly failed due to their differences to find a solution to the Israel-Palestinian conflict.

The meeting between the parties will last for two days and will be led by members of Fatah, Hamas, and the Palestinian Islamic Jihad (PIJ).

Back in early September, Algeria officially invited Palestine to participate in the upcoming Arab summit that will take place on 1 November in Algiers.

The invitation was extended to the Palestinian President by Algerian Foreign Minister Ramtane Lamamra in Cairo, with PA President Mahmoud Abbas expressing his “gratitude for Palestine to be the first to receive the official invitation.”

Abbas also affirmed his determination to participate in the summit alongside other Arab nations, in the hope to achieve “qualitative outputs that live up to the aspirations of the Arab people.”

The Palestinian President and Hamas leader Ismail Haniyeh, met with President Tebboune in an attempt to reconcile, making it the first time that Palestinian and Algerian officials publicly meet since 2016. Algerian state media referred to the meeting as a historic event.

Elections were slated to take place last year in the Palestinian territories but were indefinitely postponed by Abbas, allegedly due to negotiations with the Israeli government on terms of the eligibility of Palestinian residents in Jerusalem.

However, critics suspect Abbas is using the votes of Jerusalem residents to cling to power, given the growing discontent with his rule and the PA in general due to their collaboration with the Israeli occupation.

Earlier in the year, an Israeli official revealed that PA forces carried out raids in the West Bank city of Jenin at the direct request of the Israeli military.