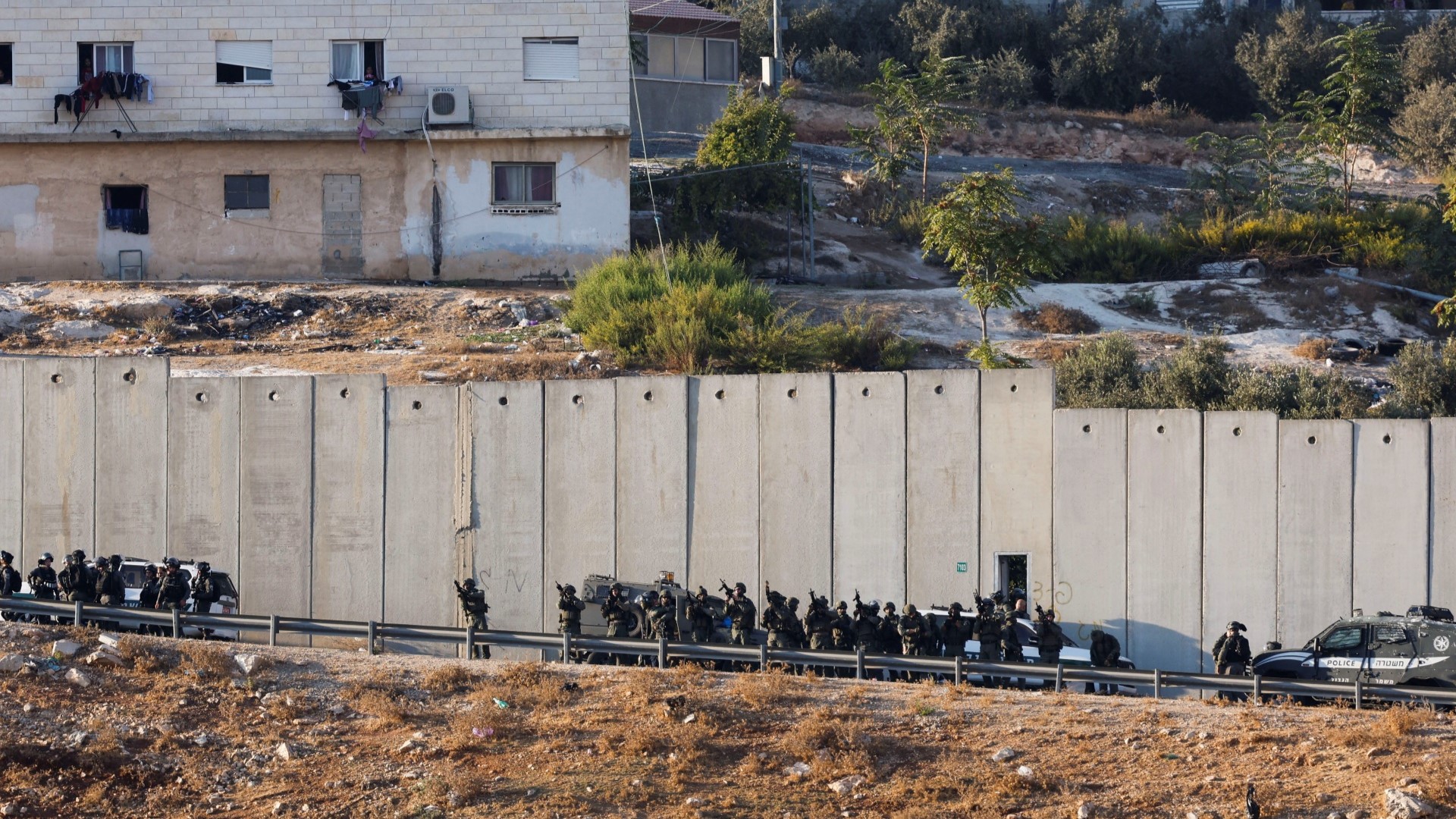 Israeli occupation forces have besieged the Shuafat refugee camp in occupied East Jerusalem since the evening of 8 October, local sources reported, as the manhunt continues for the shooter behind the operation that left an Israeli soldier killed and two wounded that same evening.

The shooter has reportedly been identified as Uday al-Tamimi, a resident of Shuafat.

According to Palestinian media, all entrances and exits to the camp have been shut off by Israeli troops.

Reports from within the camp suggest that since the start of the operation, 20 people have been detained. “The 130,000 residents of the camp have been under Israeli siege since 8 October,” Hassan Alqam, a Jerusalem activist from Shuafat said late on 10 October.

Throughout the search operations, soldiers broke into several homes and forcibly shut down shops, terrorizing the camp’s population. Food is also running low due to the Israeli siege, and the camp’s schools have temporarily shut down.

On the morning of 11 October, Israeli forces stormed Al-Tamimi’s home in the Dahiyat al-Salam neighborhood of the camp, taking measurements in preparation for demolishing the house — a customary practice of Israel’s military.

The Wadi Hilweh Information Center in Silwan reported the same day that the military has detained Tamimi’s father, Jamal, and his son Khaled, following the raid on their home. Tamimi himself is still at large.

Additionally, heavy clashes erupted at dawn inside the camp, resulting in the suffocation of dozens of Palestinians as a result of tear gas fired by the Israeli troops.

The camp itself remains besieged, and Israeli troops have closed off nearby towns such as Anata and Hizma.

Shawan Jabarin, chairman of the Palestinian rights group Al-Haq, referred to the siege on the camp as a form of “collective punishment” by Israeli troops, who believe themselves to be “immune from accountability.”

“From a legal point of view, this collective punishment amounts to a war crime and violates the Geneva Convention,” he said.

Ziad al-Nakhala, Secretary-General of the Palestinian Islamic Jihad (PIJ) resistance faction praised the shooting operation that left the Israeli soldier dead, saying it came as part of a broader “uprising… a true and serious revolution against the occupation.”

Nakhala also highlighted the efforts to “develop the capabilities of the resistance in the West Bank and spread them into 1948 occupied territories.”

“We are doing all that we can in order to escalate this intifada,” he added.

Other resistance groups, including Hamas, have hailed the resistance operation at the Shuafat checkpoint.

The resistance within the West Bank has already strengthened its activities as a result of constant Israeli violence and oppression of Palestinians.

According to a report by Israel’s State Comptroller Matanyahu Englman, the Israeli army is “logistically unprepared” for its regular operations inside the West Bank, and is weary of taking on the growing Palestinian resistance.