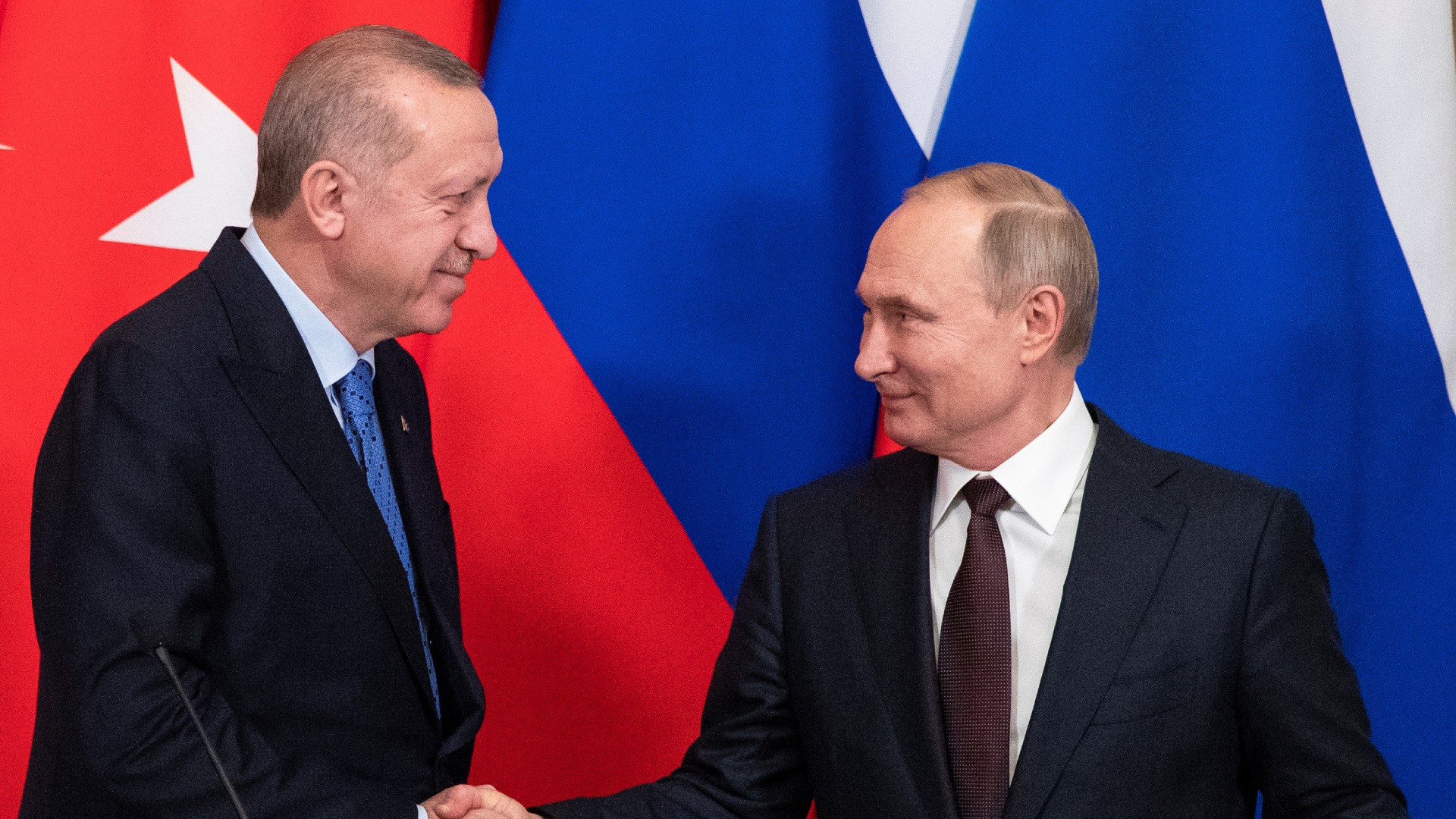 Russian President Vladimir Putin will meet his Turkish counterpart Recep Tayyip Erdogan on 13 October on the sidelines of a regional summit held in Kazakhstan’s capital, according to Kremlin sources.

The Press Secretary of Russia Dmitry Peskov has confirmed that preparations for the upcoming meeting are underway.

The meeting is said to revolve around the current situation in Ukraine and the expansion of bilateral relations between Ankara and Moscow, as well as regional affairs.

A Turkish official told AFP, that the meeting was initially scheduled a day prior, but later changed.

Since the start of the Russia-Ukraine conflict, Ankara has remained neutral, retaining a positive relationship with the two warring countries.

Despite Turkey’s apparent neutrality, its foreign ministry affirmed that Ankara does not recognize Moscow’s “annexation” of Ukrainian territories.

Turkish Foreign Minister Mevlut Cavusoglu confirmed that Erdogan is currently continuing his efforts to broker a meeting between Putin and his Ukrainian counterpart Volodymyr Zelensky, noting that the two will not reach a ceasefire until talks are set in motion.

However, back in August, the Turkish company Baykar announced its intention of building a factory to produce attack drones on Ukrainian territory.

The Turkish company Baykar produces the “Bayraktars” TB2 attack drones used extensively by Kyiv against Russian troops. According to the ambassador, “a significant part of the models that will be produced at this plant will have components of Ukrainian production.

A Ukraine-based factory of TB2 attack drones could change the situation in Ukraine, according to the Turkish ambassador to Ukraine. However, there is no information about when the factory would be complete, whether or not it is genuinely under construction, or even when it would start.

The declarations about a Turkish drone factory in Ukraine come as a shock to many, as Russia and Turkey have recently tightened their economic ties.