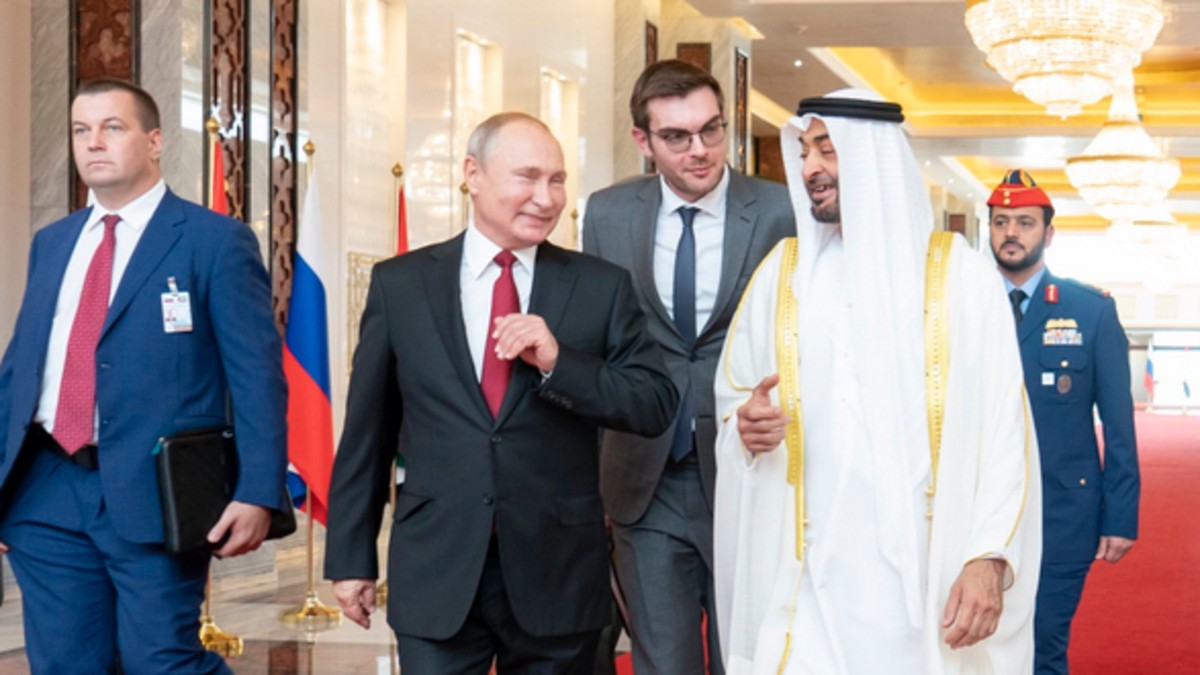 On 12 October, the Spokesman of the Russian Presidency Dmitry Peskov confirmed the UAE’s integral role in a prisoner exchange between Moscow and Kyiv.

UAE President Sheikh Mohammed bin Zayed al-Nahyan (MbZ) informed his Russian counterpart Vladimir Putin of the Ukrainian consensus on several current issues.  Putin in return thanked MbZ during a meeting in St.Petersburg for his mediation in the prisoner exchange as well as his dedication to resolving regional and humanitarian issues.

In turn, the Russian leader “briefed His Highness, Sheikh Mohamed, on the situation at the Zaporizhzhia Nuclear Power Plant and on Russia’s efforts to maintain nuclear security.”

The two presidents also addressed several aspects of bilateral relations, as trade between Moscow and Abu Dhabi has increased from 2.5 to 5 billion dollars, highlighting the rapid growth in cooperation across all fields.

A day prior, the two discussed the current state of the global oil markets amongst other topics in Moscow.

The visit comes less than a week after the OPEC+ group of nations decided to cut oil production output by two million barrels per day (bpd), defying the hopes and expectations of the Joe Biden government to curb runaway energy prices.

He also emphasized the importance of the relationship between the two countries and thanked the UAE leader for mediating efforts to resolve humanitarian issues, as well as the current situation in Syria.

Putin also reassured MbZ that the recent decision made by OPEC+ was not aimed at anyone in particular, but rather a measure to meet lower demand.

The Speaker of the FNC had revealed that the UAE is “the first Arab destination for Russian investments,” and also called Abu Dhabi the “largest Arab investor in Russia.”