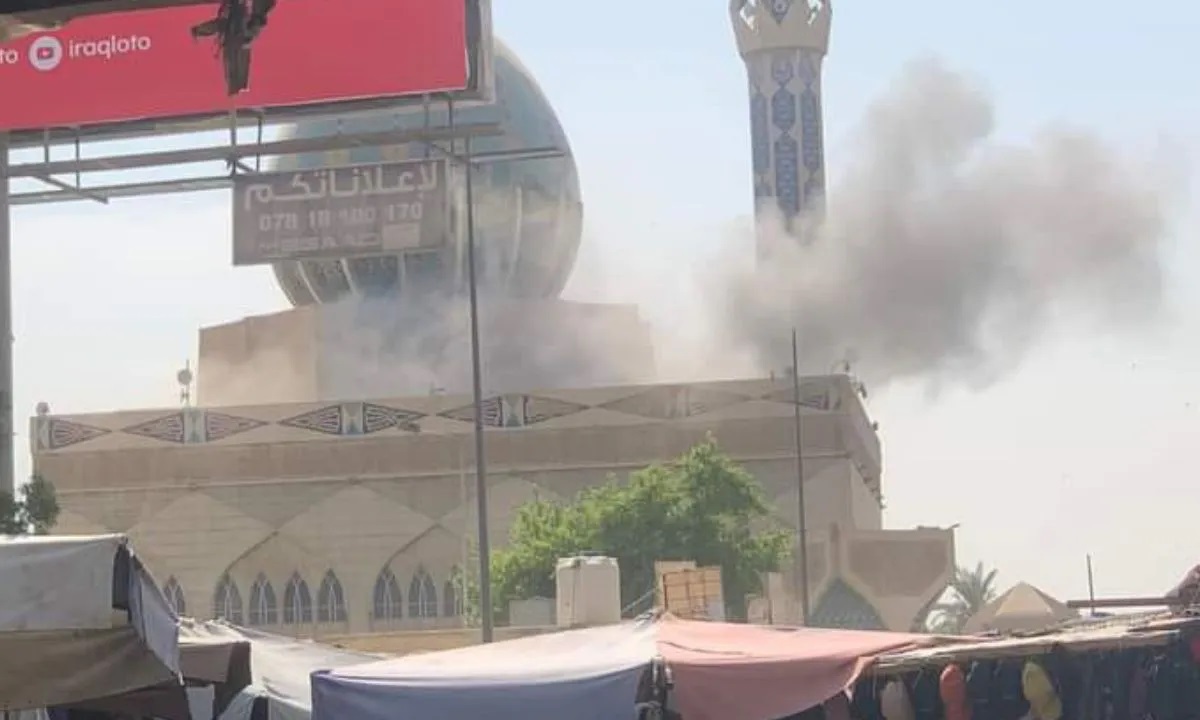 At least nine Katyusha rockets landed in the heavily fortified Green Zone of Baghdad on the morning of 13 October, just as a crucial parliament session was about to begin to elect the country’s new president.

#Iraq | Several injured after 9 rockets targeted Baghdad's Green Zone, just ahead of the parliament meeting to elect a President.

This is the fourth attempt to elect a president this year. pic.twitter.com/T88ReoqrMe

Several civilians and members of the security forces were wounded in Thursday’s attack, according to local reports.

According to a statement by security officials, several missiles hit the vicinity of the prime minister’s office, the Ibn Baniya Mosque, and Al-Muthanna Airport.

No group has taken responsibility for the rocket attack, the second in the span of a week to hit the Green Zone just as the Iraqi parliament was set to meet.

Iraqi lawmakers were set to meet for their fourth attempt this year to elect a new state president and break the political deadlock that has sparked deadly violence across the country.

However, the attack only postponed the session. A quorum was reached to hold the session in the afternoon, with at least 269 lawmakers of the 329 attending.

More than a year after anticipated elections, Iraq has been mired in chaos over recent months as a result of multiple failures by political groups to form a stable government.

The UN Assistance Mission for Iraq (UNAMI) on Monday urged Iraq’s political actors to “engage in dialogue without preconditions,” adding that “through compromise, they must collectively agree on key outcomes that reaffirm their publicly stated objective, which is to service the needs of Iraqi people and establish a fully empowered and effective government.”

Despite a commanding victory at the polls last October, for over eight months Shia cleric Muqtada al-Sadr failed to form a “majority government” with his Kurdish and Sunni allies, eventually forfeiting his position as kingmaker and his bloc’s seats in parliament.

Since then, his supporters have been fueling unrest and violence on the streets, demanding the dissolution of parliament and yet another round of anticipated elections.

The political deadlock has multiplied the issues surfacing in Iraq and brought the country to the brink of a new internal conflict.