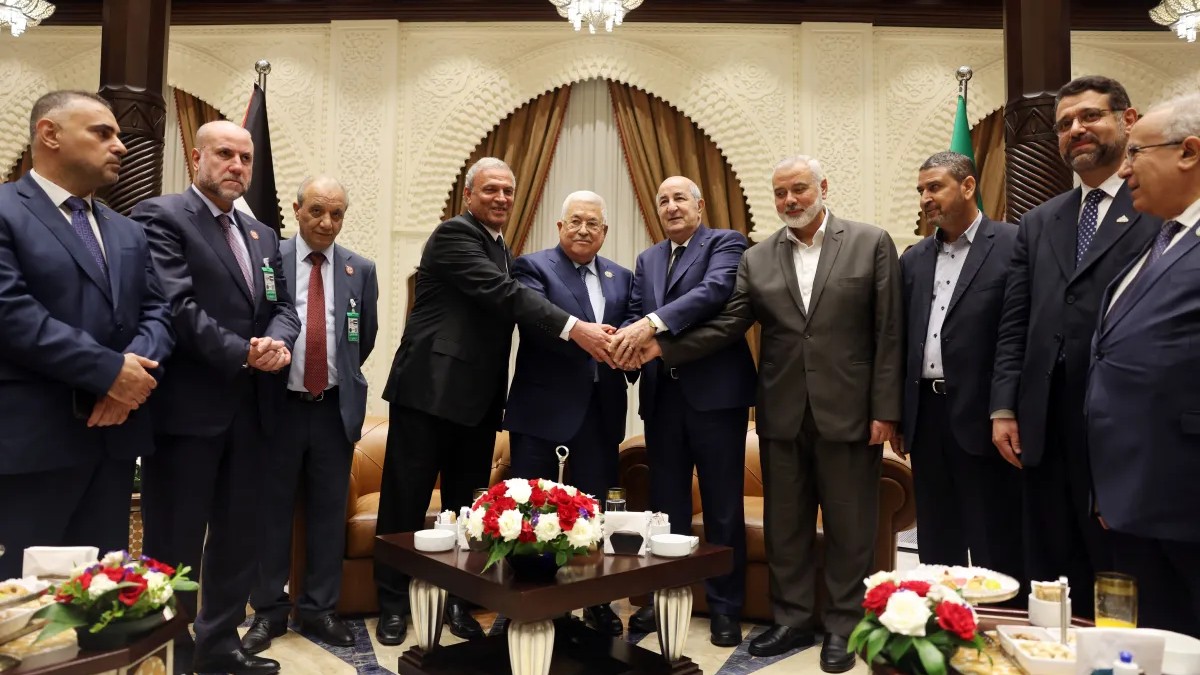 The Palestinian factions signed the “Algerian Paper for Palestinian Reconciliation” on 13 October to strengthen the relationship among several Palestinian national parties in order to resist the confronting forces of the Israeli army.

The Algerian initiative was put forward as a result of the continuous aggression of Israeli forces against the Palestinians, specifically near Islamic and Christian sanctuaries in Jerusalem within the al-Aqsa area.

The document encourages unifying the Palestinian factions in light of these constant attacks and supports efforts aimed at restoring the rights of Palestinian nationals.

Throughout the year, far-right Jewish settlers stormed religious sites in the occupied West Bank, where a day prior, settlers began burning copies of the Quran in an attempt to provoke locals.

Israeli forces protected the settlers as they desecrated holy sites and several copies of the Quran, and prevented Palestinians from entering the squares surrounding the Ibrahimi Mosque.

On 11 October, Algerian President Abdelmadjid Tebboune hosted a meeting between delegates from the Palestinian Authority (PA) and the Palestinian resistance movement Hamas to facilitate reconciliation talks between the factions.

Hostilities between the parties have been apparent since 2007, following Hamas’s consolidation of power in the Gaza Strip. Previous negotiations have repeatedly failed due to their differences to find a solution to the Israel-Palestinian conflict.

The meeting between the parties lasts two days and will be led by members of Fatah, Hamas, and the Palestinian Islamic Jihad (PIJ).

Despite peace talks between the factions, Fatah has been reluctant and has mostly rejected the Algerian Paper for Palestinian Reconciliation, whilst Hamas has been more accepting of the request.

Back in early September, Algeria officially invited Palestine to participate in the upcoming Arab summit that will take place on 1 November in Algiers.

The invitation was extended to the Palestinian President Mahmoud Abbas, however, critics suspect Abbas is using the votes of Jerusalem residents to cling to power, given the growing discontent with his rule and the PA in general, due to their collaboration with the Israeli occupation.

Earlier in the year, an Israeli official revealed that PA forces carried out raids in the West Bank city of Jenin at the direct request of the Israeli military.