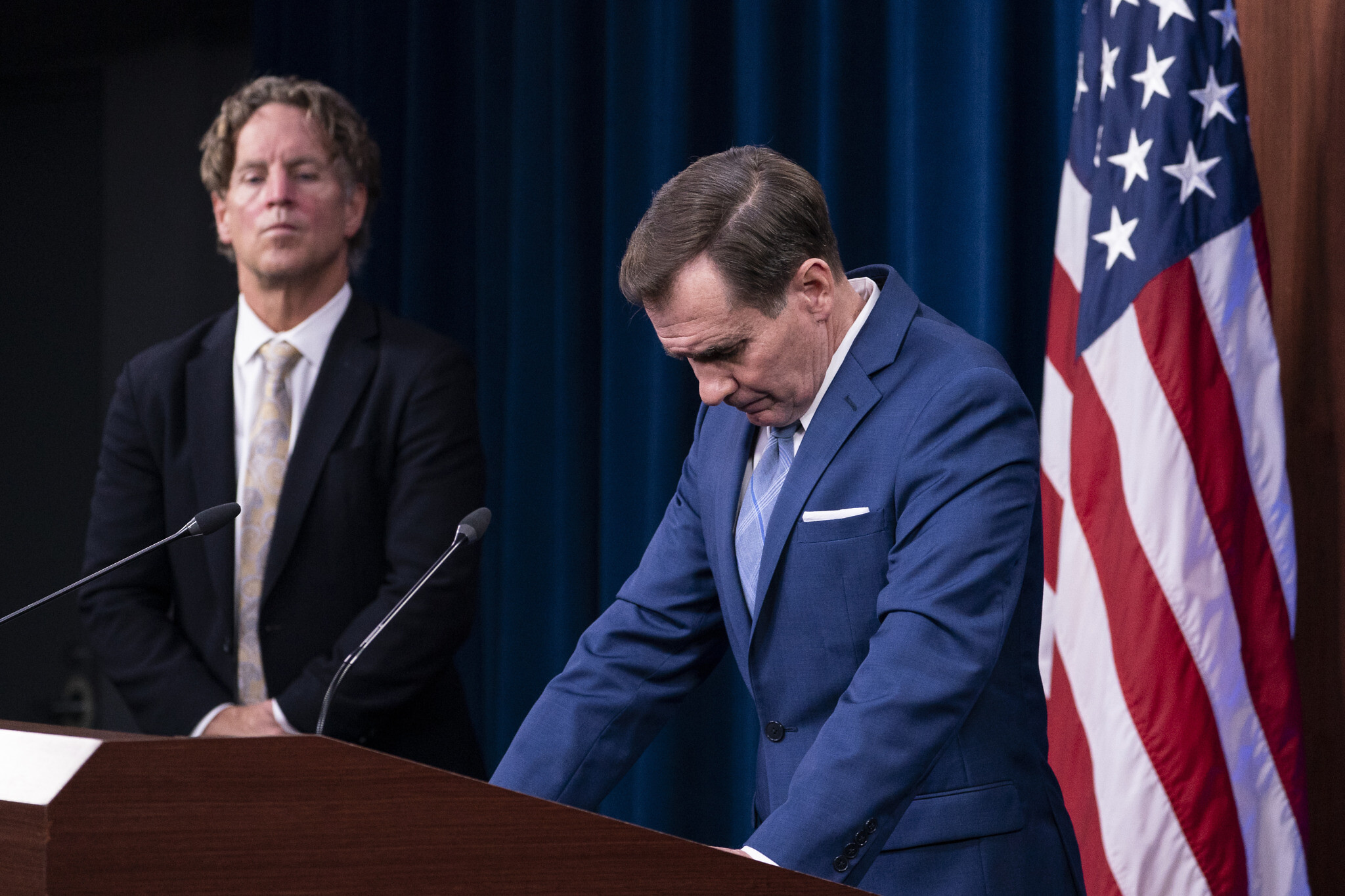 US National Security Council spokesman John Kirby claimed on 13 October that several Gulf nations communicated to Washington “privately” that they disagreed with the OPEC+ decision to cut oil production levels by two million barrels per day (bpd) – but felt “coerced” by Saudi Arabia to support it anyway.

Kirby refused to name the other countries when pressed by reporters, but said “there was more than one.”

“The Saudi Foreign Ministry can try to spin or deflect, but the facts are simple,” Kirby told reporters. “The Saudis conveyed to us — privately and publicly — their intention to reduce oil production, which they knew would increase Russian revenues and blunt the effectiveness of sanctions.”

On Wednesday, the Saudi foreign ministry issued a statement expressing the kingdom’s “total rejection” of US claims that the OPEC+ cut was a result of the kingdom “taking sides in international conflicts.”

Riyadh also took aim at US officials who demanded that OPEC+ delay the cut by a month, saying: “The Kingdom … affirms its rejection of any dictates, actions, or efforts to distort its noble objectives to protect the global economy from oil market volatility.”

According to western media reports, while Saudi Arabia stood its ground against US diktats, the UAE, Kuwait, Iraq, and Bahrain all reportedly fell in line, opposing the production cut and advocating privately for the one-month delay.

The latest spat between the historic allies comes just weeks before midterm elections in the US, where President Joe Biden is hoping to keep fuel prices down in order to gain voters’ confidence.

In response to Washington’s waning influence in the Gulf – and Saudi Arabia’s public antagonism – democratic party lawmakers say they are “re-evaluating” a piece of legislation that would open up sovereign states to lawsuits in federal court, and have called on Biden to pull out US troops and halt arms sales to the kingdom.

Biden also told CNN this week that there would be “consequences” against Saudi Arabia for the oil production cut.

Nonetheless, the Wall Street Journal (WSJ) revealed on 12 October that the White House is not currently planning “any significant changes” to the number of US troops stationed in Saudi Arabia.

The unnamed officials added that the US could “slow some of the huge amounts of arms sales that Saudi Arabia engages in annually to send a message of US displeasure.”

According to the report, Biden and his cabinet believe the US-Saudi relationship is “too critical to [US interests in West Asia] to change the overall course and that the US was determined to continue its strategic cooperation with Riyadh that is central to combating Iran.”

Officials in Washington reportedly believe that harming defense cooperation with Riyadh could make it more difficult to “counter” Iran and broker a normalization deal with Israel.

Moreover, the officials say that taking a harsher stance against the kingdom over the oil production cut – while continuing to ignore its countless human rights violations – could cause Saudi leaders to conclude that “Chinese and Russian military support is enough to rely on for defense against [Iran], creating a new alliance with U.S. rivals that would greatly concern the west.”