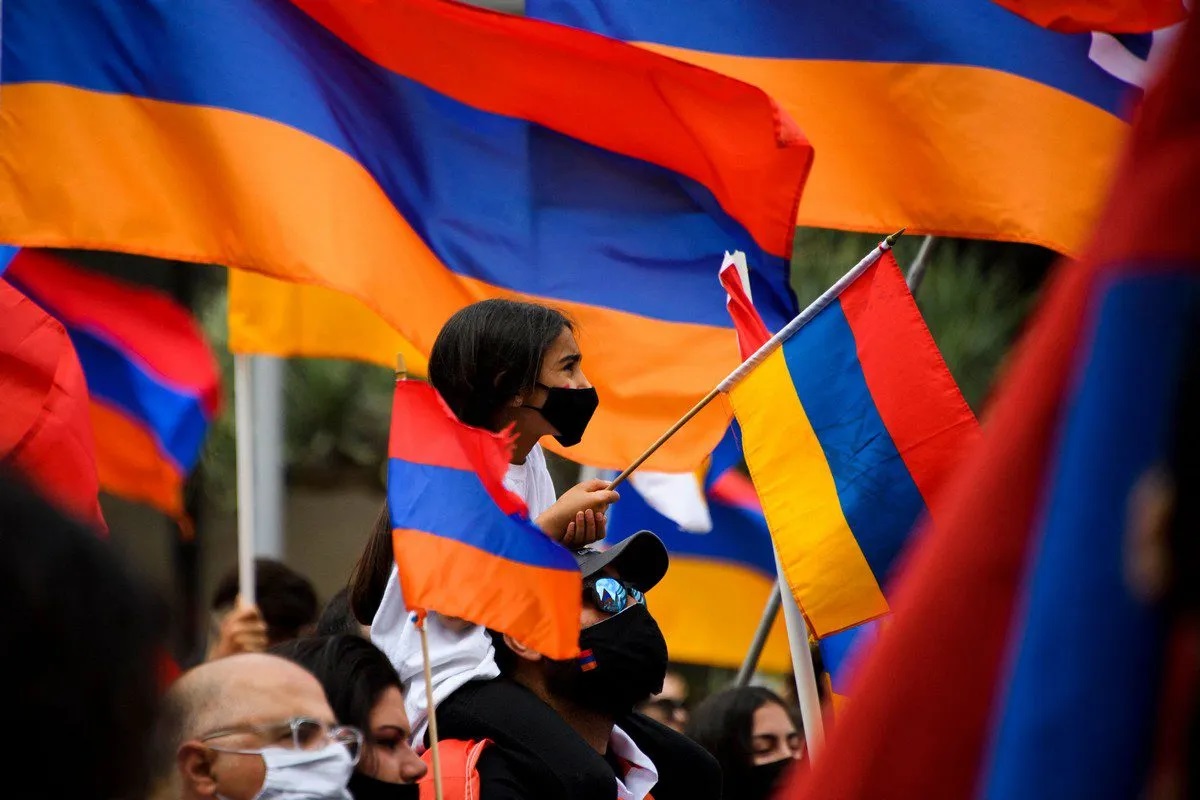 A girl waves an Armenian flag during a protest outside of the Turkish Consulate on 24 April 2021. (Photo credit: PATRICK T. FALLON/AFP/Getty Images)

Turkey says it is moving towards holding direct talks with Armenia “in the near future,” according to Turkish Foreign Minister Mevlut Cavusoglu.

On 14 October, Cavusoglu’s told his Qatari counterpart Sheikh Mohammad bin Abdulrahman al-Thani during a press conference in Istanbul: “We negotiate currently which confidence-building steps we can take with Armenia … The next talks will take place in Turkey or Armenia. We are sincere in our normalization efforts with Armenia.”

Despite the normalization efforts, when Turkish President Recep Tayyip Erdogan was asked about the “Zangezur Corridor” — which would give Azerbaijan unimpeded access to Nakhchivan Autonomous Republic without Armenian checkpoints — he remarked that he “didn’t see any issues with it.”

Armenia and Turkey have been at odds ever since the 1915 Armenian Genocide which occurred under Turkish Ottoman rule. In the intervening years, Ankara has never taken accountability for its war crimes, despite the two countries attempting to hold reconciliation talks.

On 6 October, the Turkish President and the Armenian Prime Minister met in Prague to hold the first high-level talks between the two states in over 13 years.

US, Russia, France, the UK, and many other nations recognize the 20th Century conflict as a genocide, despite Ankara’s rejections of the crime.

Turkey closed its borders with Armenia in 1993 in support of  Azerbaijan. It also provided Baku with military assistance during the 44-day war two years ago, which resulted in the deaths of thousands of Armenians, until Russian President Vladimir Putin brokered a truce between the two states to ease tension.

Earlier last month, renewed provocations between the two countries broke out, resulting in the deaths of 49 people.