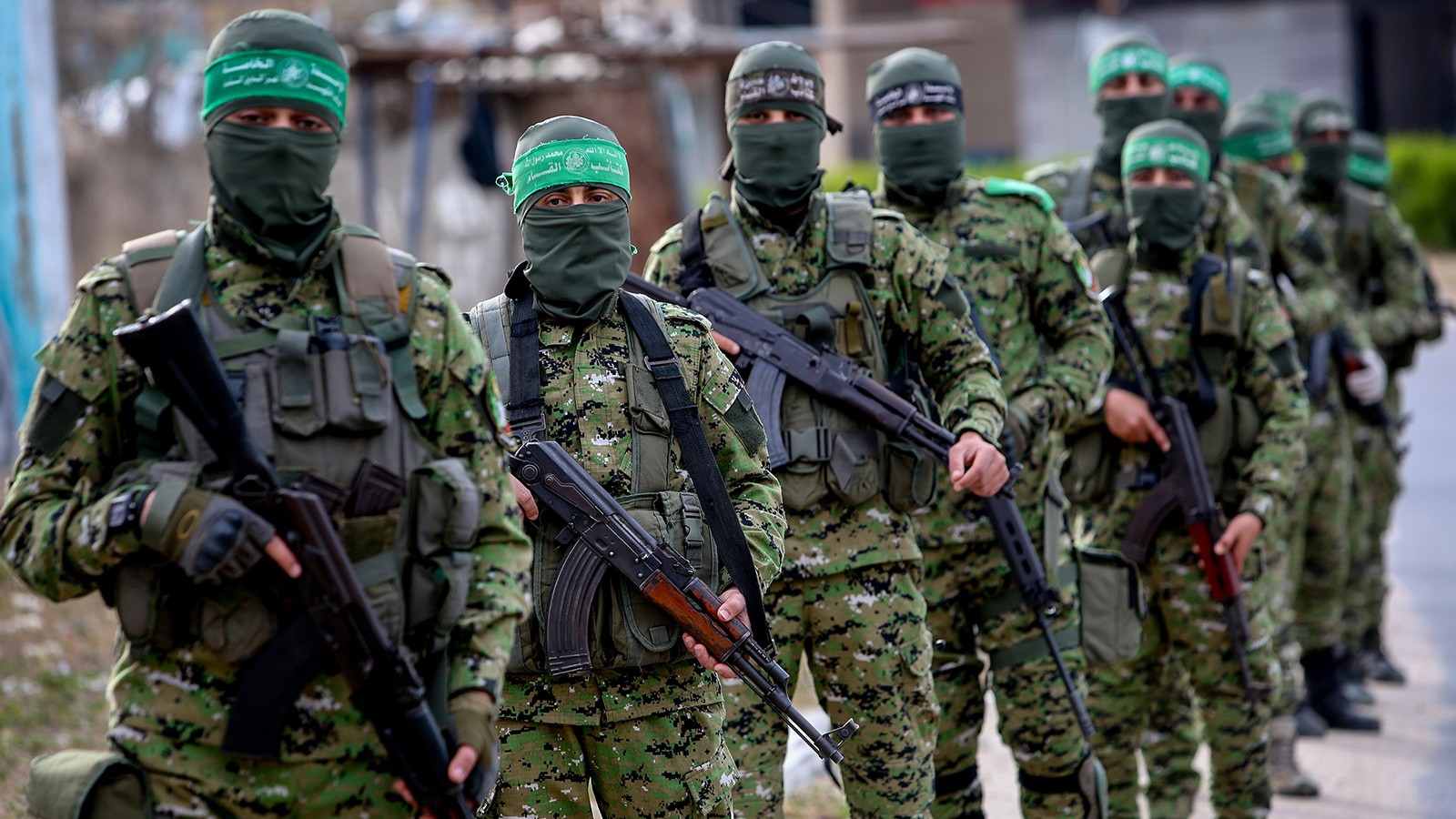 In a special documentary released by the Palestinian resistance movement Hamas, the group revealed Syria’s role in hosting several of its commanders for drone and missile research and development (R&D).

In a 25-minute short film, Hamas narrates the biography of its commander Jomaa Talha, the founding father of its cyber unit and a leading figure in the group’s effort to advance its weapons technology.

Jomaa was killed in an Israeli airstrike on 12 May 2021 during the 11-day “Sword of Jerusalem” battle between Gaza and Israel. He was assassinated alongside his colleague Bassim Issa and 15 other Hamas members affiliated with his project.

Before the Syrian crisis in 2011, Hamas reveals for the first time that Jomaa commanded two of its weapon development projects in Syria and invited the late Tunisian drone-engineer Mohammed al-Zawari.

Together, with support from the Syrian army, they manufactured at least 30 offensive and reconnaissance drones and shipped them to Iran during “Operation Cast Lead” in 2008.

They attempted to smuggle them back to Gaza, but failed as a result of the naval blockade. As a result, Talha left Syria for Gaza to transfer his expertise and manufacture locally.

However, after 2012, most of Hamas’s commanders left the country as the group cut ties with Damascus, abandoning a decade-long relationship that proved instrumental to the group’s growth.

Nonetheless, on 15 September, the group released a statement pledging to set aside all differences with Syria and work on reestablishing ties with the Syrian government, army, and people.

Hamas officials proceeded to condemn Israel’s continued aggression against the country, and all other Arab states that turned their backs on the Palestinian cause.

“We take sides with any nation in the face of the malicious Zionist plans aimed at dividing it and plundering its resources,” Hamas officials added.

The bold move to cooperate with Syria again was hailed by all resistance factions in Palestine, Lebanon, and Yemen, marking the end of the division within the Axis of Resistance.

Later in October, Hamas is expected to send a high-ranking delegation to Syria to accompany a group of Palestinian officials to meet members of the government.

This visit will mark the group’s first public interaction with Damascus in a decade.