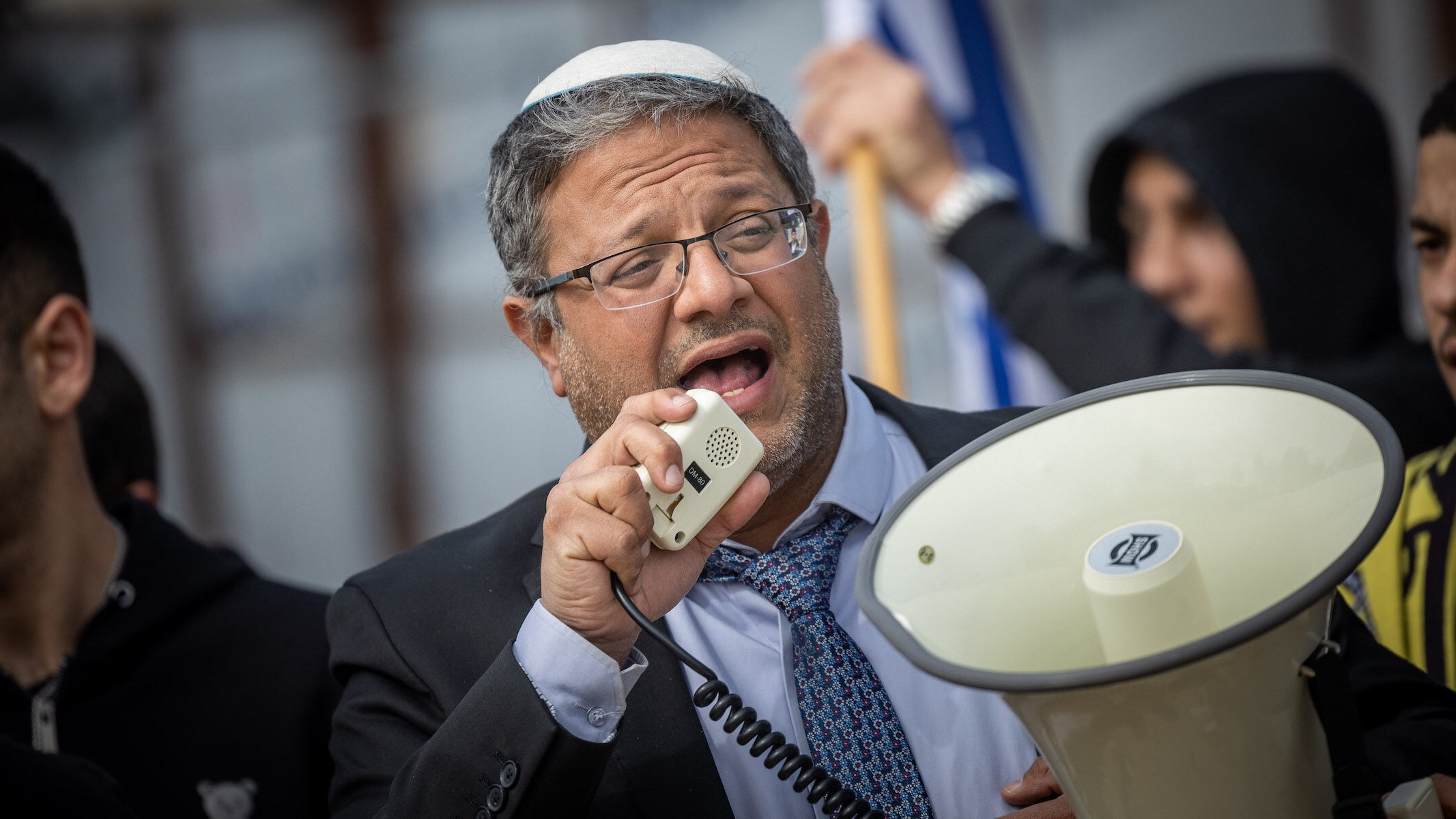 Israeli Knesset member and leader of the far-right Otzma Yehudit party, Itamar Ben Gvir, was seen in a video on the evening of 13 October, wielding a pistol in the occupied east Jerusalem neighborhood of Sheikh Jarrah and urging settlers and police to shoot at Palestinians who throw stones at the occupation forces.

“We’re the landlords here, remember that, I am your landlord … If [Palestinians] throw stones, shoot them,” Ben Gvir said. The night before, during an earlier visit to Sheikh Jarrah, the extremist Knesset member (MK) reportedly threatened to “mow down” a group of Palestinians in the area.

The east Jerusalem neighborhood of Sheikh Jarrah became internationally known last year as one of the main sites of Israel’s indiscriminate land confiscation and expulsion policies and is regularly subject to raids by scores of settlers, including on 14 October.

Later trying to justify his behavior via Twitter, Ben Gvir said: “The politicians are tying the hands of our cops … It cannot be that Arabs throw stones next to cops and the cops don’t respond with fire.”

Ben Gvir, whose extremist far-right ideology is mainstreamed in Israel, is notorious for this type of extremist rhetoric, as well as his support for violent settler groups who regularly storm the Al-Aqsa Mosque and desecrate its grounds. This is something that the MK himself has taken part in.

Lately, there has been a surge in settler violence against Palestinians, as well as continued raids into the al-Aqsa Mosque and other holy sites. Several far-right Jewish settlers stormed Hebron in the occupied West Bank on 10 October and proceeded to tear up and set fire to copies of the Quran near the city’s Qaytoun Mosque.

On 30 September, Palestinian Minister of Endowments and Religious Affairs, Hatem al-Bakri, said in a statement that Israeli troops and extremist settlers have stormed and attacked 15 mosques since the start of the year.

This extremism, which is already prevalent on a daily basis, is likely to be amplified significantly in the event that Ben Gvir or others like him make their way into a coalition government with former prime minister Benjamin Netanyahu at its head – something that might materialize.