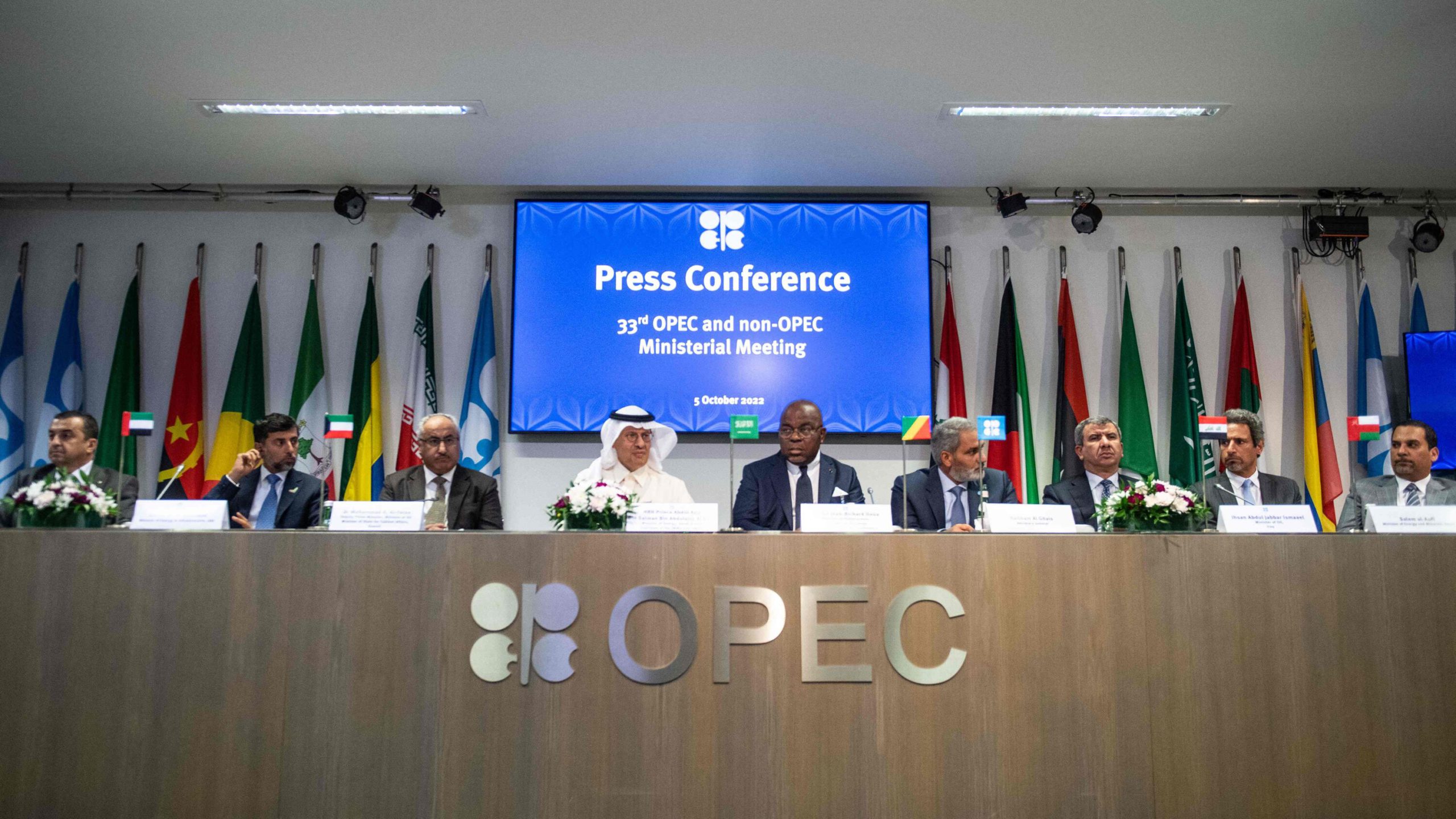 Members of the OPEC+ group of countries issued a slew of statements on 16 October to endorse a major oil production cut that was announced earlier this month.

These statements were released in response to the accusations of irate US officials, who said Saudi Arabia “coerced” their OPEC partners into supporting the cut, allegedly to “increase Russian revenues and blunt the effectiveness of [western] sanctions.”

Washington went on to claim that several Gulf nations contacted them “privately” to say they disagreed with the OPEC+ decision.

“I would like to clarify that the latest OPEC+ decision, which was unanimously approved was a pure technical decision, with NO political intentions whatsoever,” the UAE Energy Minister, Mohamed al-Mazrouei, Tweeted on Sunday.

I would like to clarify that the latest OPEC+ decision , which was unanimously approved was a pure technical decision, with NO political intentions whatsoever.

Similarly, Iraq’s Oil Marketing Company (SOMO) said via a statement on Sunday that OPEC+ decisions are “based on economic indicators and are taken unanimously.”

“There is complete consensus among OPEC+ countries that the best approach in dealing with the oil market conditions during the current period of uncertainty and lack of clarity is a pre-emptive approach that supports market stability and provides the future the guidance it needs,” the SOMO statement reads.

Algerian Energy minister Mohamed Arkab called the recent production cut “historic” and expressed his full confidence in the organization’s decision during a meeting on Sunday with OPEC Secretary General Haitham al-Ghais, who said that “these statements … are proof that the decision was correct.”

Oman’s energy ministry also released a statement endorsing the decision, saying via Twitter: “The recent decision of OPEC+ to cut production is in line with its previous decisions in terms of its reliance on market data and its variables, which was important and necessary to reassure the market and support its stability.”

A day earlier, the Oil Minister of Bahrain, Dr. Mohamed Bin Daina, said in a statement that the decision to cut production “was taken unanimously and after a thorough technical study of the global market.”

On 5 October, OPEC+ – a bloc of over 20 OPEC and non-OPEC nations, including Russia – announced an oil production cut of two million barrels per day (bpd) for November, their largest cut since the start of the COVID pandemic.

The decision was made despite intense lobbying by the White House, which had hoped to keep fuel prices down ahead of upcoming midterm elections, as Joe Biden’s democratic party is facing an uphill battle.

After yet again failing to coerce their Gulf partners into boosting production levels in order to keep fuel prices down, US officials have been scrambling for an appropriate response, even reviving a piece of legislation that would allow for sovereign states to be sued in federal court.

Moreover, Washington has accused Saudi Arabia of orchestrating the cut to “benefit Russia” after the kingdom responded to the US pleas with a “resounding no.”