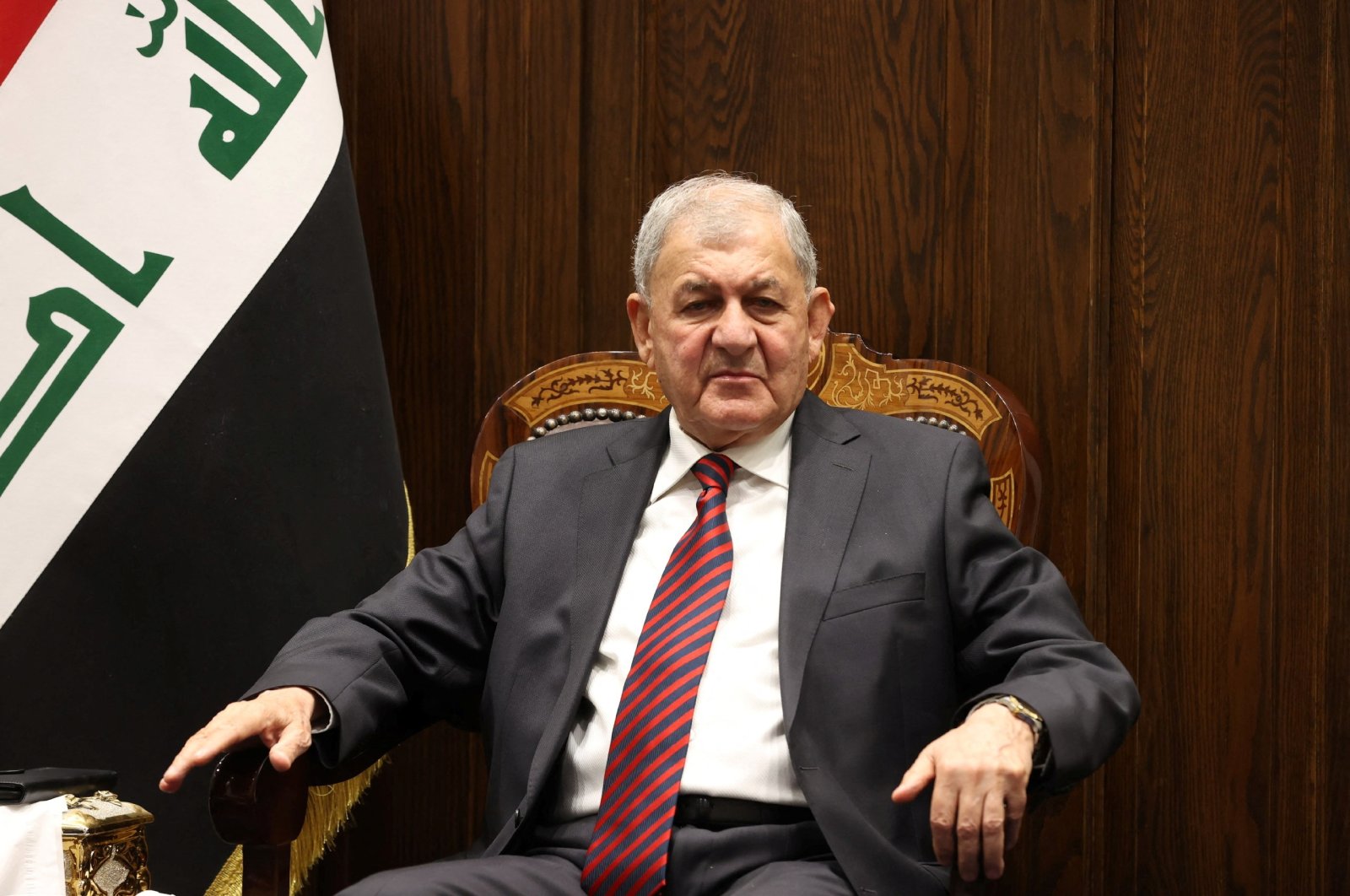 Rashid won the presidential election, beating Barham Salih, who had been president since 2018.

During a formal handover ceremony with the outgoing Iraqi President Salih, Rashid said: “As we embark on our missions, we remember the sacrifices of our security forces, including the army, the popular mobilization units (PMU), and the Peshmerga,” promising to do his best to mend ties between the Kurdistan Regional Government (KRG) and Baghdad.

“We will work to build strong relations between Iraq and neighboring countries within the framework of common interests,” Rashid said, noting that he will announce his presidential program to the Iraqi people soon.

A few days ago, the president pledged to work hard to protect the constitution and Iraq’s sovereignty, and help resolve existing issues.

On 13 October, Rashid snatched the presidency of the republic after the two-round vote in the parliament, winning over 160 votes against 99 for Saleh, an assembly official said. Saleh reportedly walked out of the parliament building as the votes were calculated.

Subsequently, the newly named premier, Mohammed Shia al-Sudani of the Coordination Framework (CF), has been tasked with forming a new government cabinet. Sudani said: “I promise to present the cabinet formation as soon as possible and that it will be a strong government capable of building the country and serving the citizens.”

The popular Sadrist movement spent at least eight months desperately trying to form a ‘majority government’ along with its allies, flaring riots and armed clashes with the security forces in Baghdad’s Green Zone that resulted in hundreds of casualties.

Rashid was born in 1944 in the northeastern Sulaymaniyah region of Iraq. He graduated as a civil engineer from the University of Liverpool in 1968 and completed his engineering doctorate in 1976 at the University of Manchester.

The British-educated engineer served as the Iraqi minister of water resources from 2003-2010 and has a long history in Iraqi politics. He later served as the senior adviser to the president.