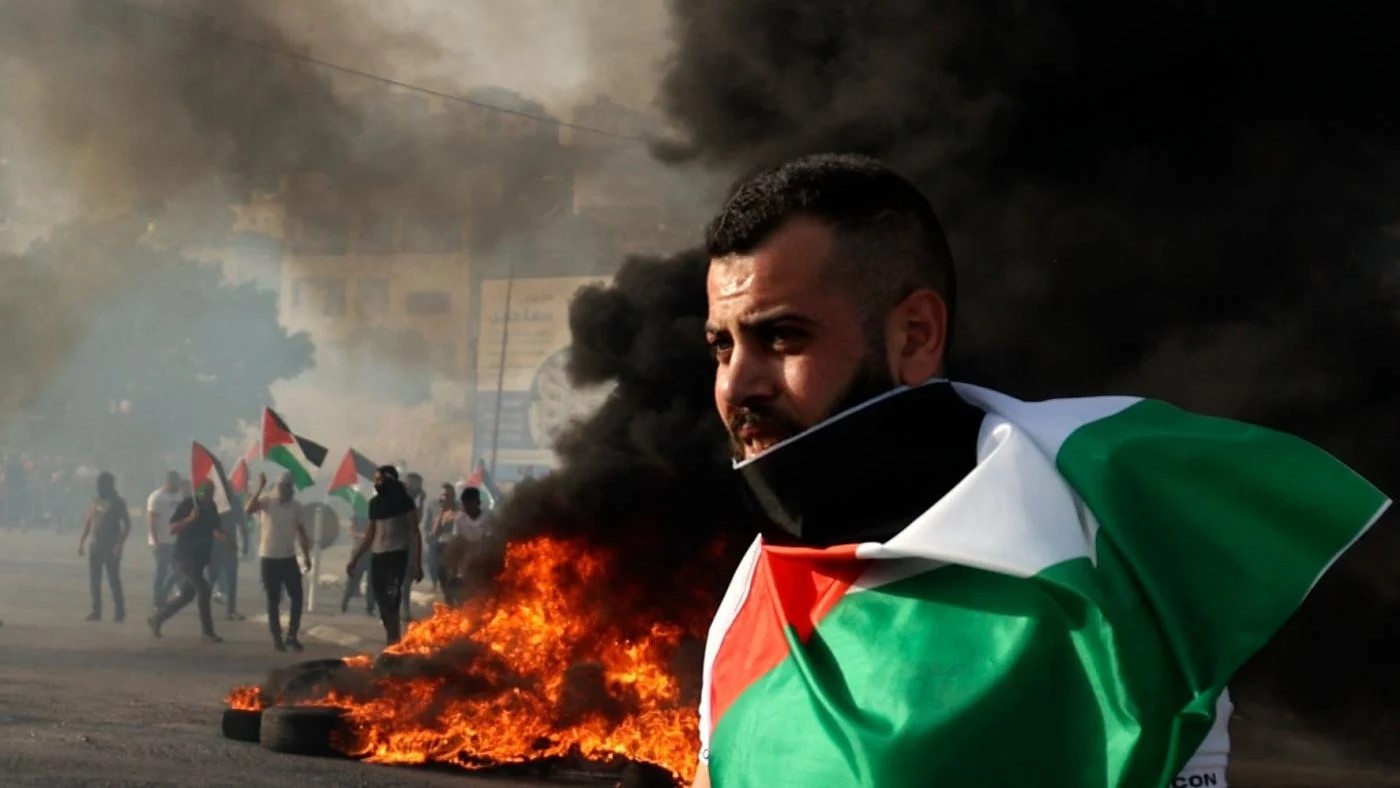 A Palestinian protester at a demonstration outside the Huwara military checkpoint near Nablus in the occupied West Bank on 29 May, 2022. (Photo credit: AFP)

Israeli troops have continued their military siege of Nablus in the occupied West Bank for the ninth consecutive day during the early hours of 19 October, raiding several towns and refugee camps and closing down checkpoints.

Dozens of Palestinians have been arrested during these raids, which began one day after several successful retaliatory operations on 11 October, reportedly orchestrated by a West Bank resistance group that calls itself the ‘Lion’s Den‘ (Areen al-Osood).

According to local reports, the Surra, Al-Murabba, Beit Furik, and Al-Hamra checkpoints – east and north of Nablus – and the Awarta checkpoint in the south have been closed down by the occupation forces.

Tel Aviv has also imposed a siege on the densely populated Shuafat refugee camp in occupied East Jerusalem, in search of a Palestinian shooter who killed an occupation soldier during this month’s retaliatory operations.

The newest raid began just hours after hundreds of Palestinians responded to a call made by the Lion’s Den for a general mobilization to confront the military siege.

Following the mobilizations on Tuesday night, clashes were reported in the city of Jenin, the town of Silwan, Shuafat, and Anata camps in East Jerusalem, the town of Beit Ummar and Al-Aroub camp in Hebron, Silwad town and Al-Jalazun camp in Ramallah, as well as the towns of Tubas and Tulkarm.

Israeli Chief of Staff Aviv Kochavi told army commanders in the West Bank on 18 October to raise the state of “vigilance” as a result of the growing resistance in the occupied region.

According to Israeli media, army officials are discussing carrying out a military operation in Nablus to “put an end” to the Lion’s Den, which has reportedly become “a major headache” for Tel Aviv ahead of elections in November.

Speaking exclusively with The Cradle, the leader of the Lion’s Den stressed that his group was “founded for resistance. We renounce partisanship, and we work in unity for God and the nation, and we extend our hand to every member of any faction who wants to engage with us away from his party affiliation.”

In the past month, the military operations of the Palestinian resistance in the West Bank have led to the killing of four Israeli soldiers, and about 800 confrontation events have been recorded.