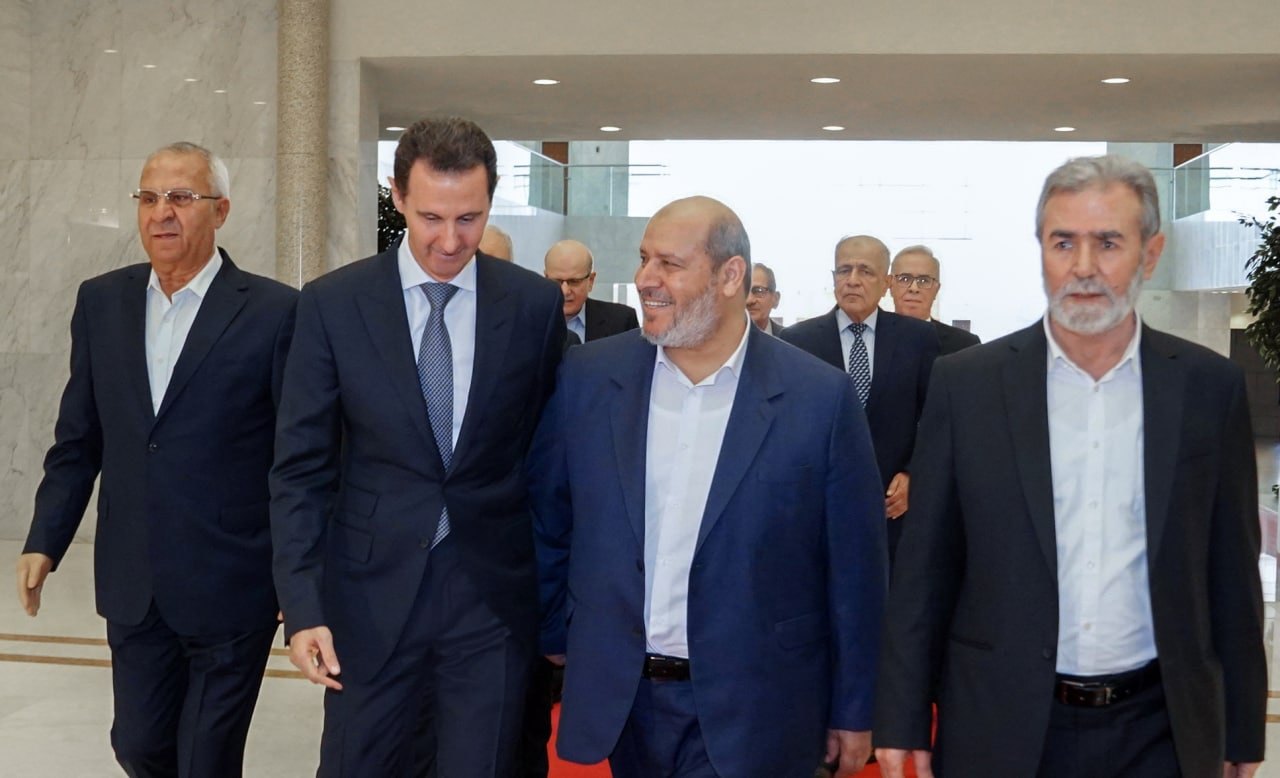 Syrian President Bashar al-Assad received a delegation of representatives of the Palestinian resistance factions on 19 October, among them an official from the Hamas movement in Damascus.

Khalil al-Hayya, the deputy leader of the Hamas movement in Gaza, said the meeting with Syrian President Bashar al-Assad was “warm” as he expressed his determination to provide all of Syria’s support to the Palestinian people and their resistance.

A day prior, Hamas confirmed that a delegation from the movement’s leadership would arrive in Damascus on 18 October for an official visit for the first time in ten years.

The visit comes after private negotiations were held between Hamas and the Syrian leadership, mediated by Hezbollah, which discussed why the movement left Damascus in 2012.

While meeting with President Assad, the Palestinian official said the visit is a shred of evidence that the spirit of the resistance is renewed, addressing a letter of challenge to the Israeli occupation that “the gathering is a response to its projects.”

“The meeting with Al-Assad is a glorious day, and from now on, we will resume our presence in Damascus to work alongside the Syrian people to regain the country’s stability,” Hayya added.

According to Hayya, the Palestinian factions’ representatives assured Assad that they stood with Syria and its territorial integrity against any aggression that targets it.

“We are removing any individual action that was not approved by the Hamas leadership, and we agreed with President Assad to turn the page on the past.” The deputy leader of the Hamas movement said.

Furthermore, the Palestinian official clarified that Hamas informed the countries it has relations with of its decision to restore ties with Syria, explaining that the decision was taken by Hamas alone.

He also praised Syria’s role in the region, stressing that the relationship with Damascus gives strength to the axis of resistance and all those who believe in it.

On 15 September, Hamas announced the mending of its ties with Syria, which has embraced the Palestinian people and its resistance factions for decades.

Hamas also issued a statement expressing its appreciation for Syria’s leadership and its position of standing by the Palestinian people in their struggle against Israel.

In 2008, Syria hosted several Hamas military commanders for drone and missile research and helped them upgrade their surveillance and combat drones.