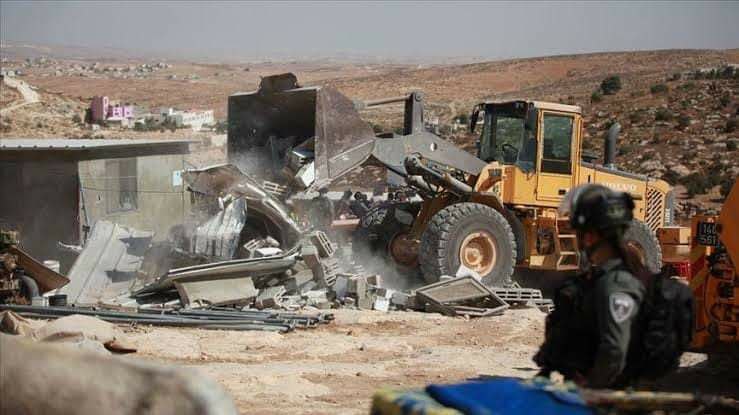 A report released on 18 October by the UN’s Special Rapporteur on human rights in the occupied Palestinian territories, has recommended that UN member states develop “a plan to end the Israeli settler-colonial occupation and apartheid regime.”

My first report to the UNGA is out. Available in the six official languages of the UN.
https://t.co/J13GfYVnBe pic.twitter.com/lWtTpnusCs

The report details Israel’s efforts to destroy the Palestinian collective identity and sovereignty. In particular, it cites the attack by Israeli forces on the journalist Shireen Abu Aqla’s coffin, decorated with their national flag, during her funeral on 13 May 2022.

Albanese also discusses the use of lethal force against journalists and aid workers who criticize Israel, as well as the detention of Palestinian political leaders.

In August 2022, Israeli forces closed the offices of seven Palestinian civil society human rights groups in the occupied West Bank, a move denounced by the report as an abuse of anti-terrorism legislation.

The UN special rapporteur added that “this looks like an effort to further reduce or even completely ban the space for human rights monitoring and legal opposition to the Israeli occupation in the Palestinian territories.” According to Albanese, it is time for a “paradigm shift” in Israel’s relations with the international community.

Criticizing the initiatives undertaken by several states in the region to normalize their relations with Israel, she deems the peacemaking efforts “ineffective” as these efforts “do not focus their approaches on human rights, in particular the right to self-determination, and neglect the colonial foundations of the Israeli occupation.”

The report also calls on states to demand an immediate end to Israel’s illegal occupation of the West Bank and the return of all land and resources from which Palestinians have been expelled and dispossessed, regardless of negotiations between Israel and Palestine, in order to move toward a resolution of the conflict.