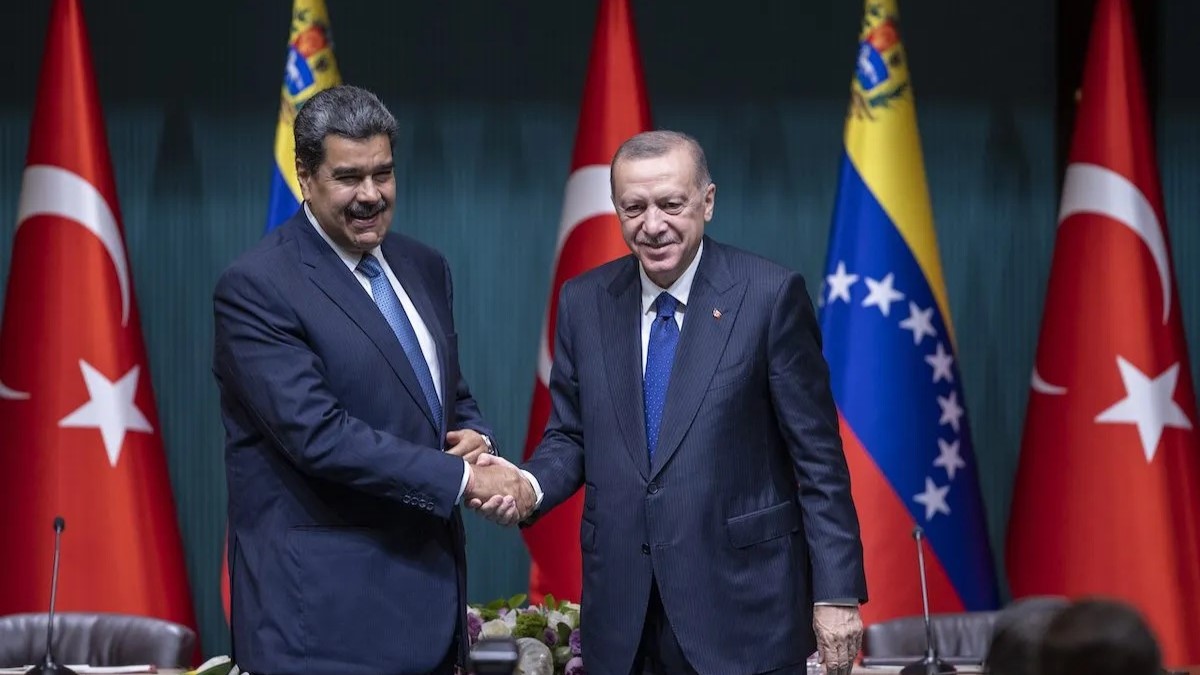 “The entire world needs Venezuela’s oil and natural gas … On the other side, there is an embargo on the Iranian oil,” Cavusoglu said at a news conference on Friday.

“Remove these sanctions … if you want the prices to drop, remove the embargoes on the countries that will offer their products to the market,” he went on to say.

“You cannot solve the problem by threatening a country,” Turkey’s top diplomat pointed out. “Remove these sanctions … if you want [fuel] prices to drop, remove the embargoes on the countries that will offer their products to the market,” Cavusoglu added.

The foreign minister also took aim at the threats issued by the US against Saudi Arabia over the OPEC+ decision to significantly cut oil production levels.

“The bullying against Saudi Arabia is inappropriate,” Cavusoglu said. “We are going through similar challenges in energy prices but we don’t threaten anyone.”

The White House has repeated on several occasions that officials are working on a ‘response‘ towards its historic Gulf partner, accusing Riyadh of everything from “aligning with Russia” to “coercing” OPEC+ members into approving a cut of two million oil barrels per day (bpd).

Friday’s comments by the Turkish foreign minister come at a time when Ankara is trying to continue a balancing act between its NATO obligations and its good ties with the Kremlin. Turkey has so far shied away from enforcing Western sanctions on Moscow and has instead bolstered trade ties with its Black Sea neighbor.

Western sanctions on Russia’s energy sector – on top of terror attacks on its infrastructure – have triggered a ‘generational energy crisis‘ across Europe and the US, with consumers and businesses facing huge price hikes as winter approaches.

Nations like France, Germany, and the UK have also witnessed growing unrest on the streets. But despite the looming catastrophe, western leaders have instead chosen to continue alienating oil giants like Iran and Venezuela.

Back in September, Iranian Oil Minister Javad Owji warned of a global energy crisis this winter and said Tehran stands ready to increase its oil exports by a significant amount if sanctions are removed from the country.

Venezuela, on the other hand, has over the past year boosted its oil output thanks to the support of the Islamic Republic. The White House, meanwhile, has floated the idea of lifting sanctions on Caracas in order to allow Chevron and other US oil-service companies to resume exports of Venezuelan oil to the global market.

However, the “relief” offered by Washington so far would only benefit US corporations, and comes with the demand that Venezuelan President Nicolas Maduro resume talks with the US-backed opposition, which has on numerous occasions tried to oust and even assassinate the leader.

During a visit to Ankara by Maduro earlier this year, Turkish President Recep Tayyip Erdogan said that trade between the two nations is expected to reach one billion dollars in 2022.