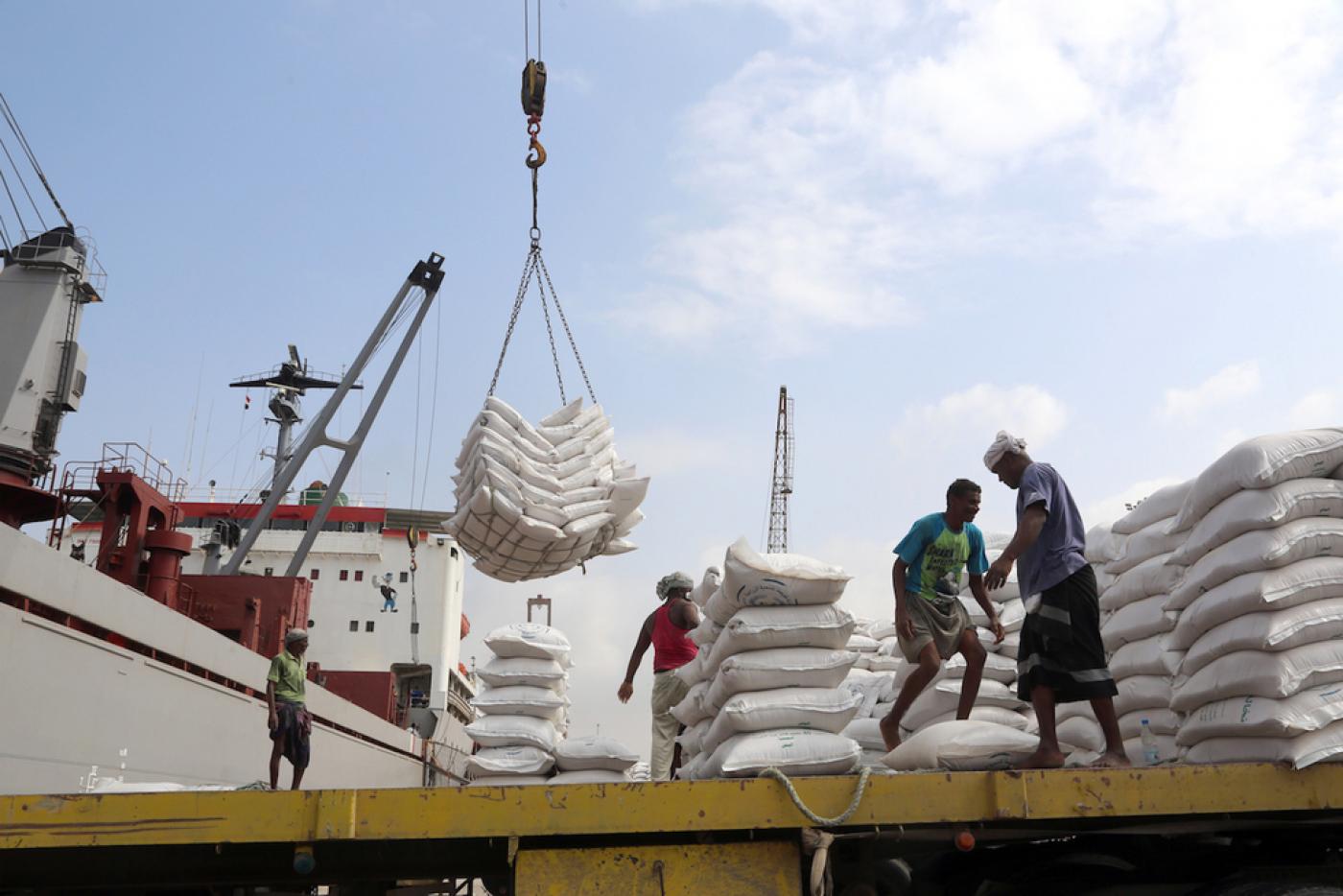 File photo. Workers offloading bags of food from a UN ship in the port of Hodeidah in 2018 (Photo Credit: AFP)

Yemen’s food crisis has reached its worst in the past four years, and while the food insecurity stems from the Saudi-led aggression and a blockade of the country, rising commodity prices and fuel, as well as the scarcity of foreign aid, only add to the crisis.

According to Al-Araby citing a source familiar with the matter, even Yemeni authorities supported by the Saudi-led coalition are alarmed by the situation – especially since the war in Ukraine – and have convened for an early October meeting to discuss immediate solutions.

The source also revealed that the authorities have requested the Food Shock Window mechanism of the International Monetary Fund (IMF) to access emergency funds and combat the food crisis.

According to a press release by the IMF, the “window will be available for a year to provide additional access to emergency financing for countries facing urgent balance-of-payment need related to the global food crisis.”

The UN has also revealed that food consumption in Yemen recorded its worst levels in 2022, with 58 percent of families living inside the territory of the Saudi-backed government, and 51 percent of people living in Ansarallah-controlled territory unable to obtain enough to meet their minimum food needs.

Earlier this year in June, the World Food Programme (WFP) announced a further reduction in the food rations for war-ravaged Yemen due to global inflation, funding gaps, and the effects of the Russia-Ukraine war.

The United Nations feeds approximately 13 million people in Yemen on a monthly basis, with starvation in Yemen being the result of a war waged by the Saudi-led coalition.