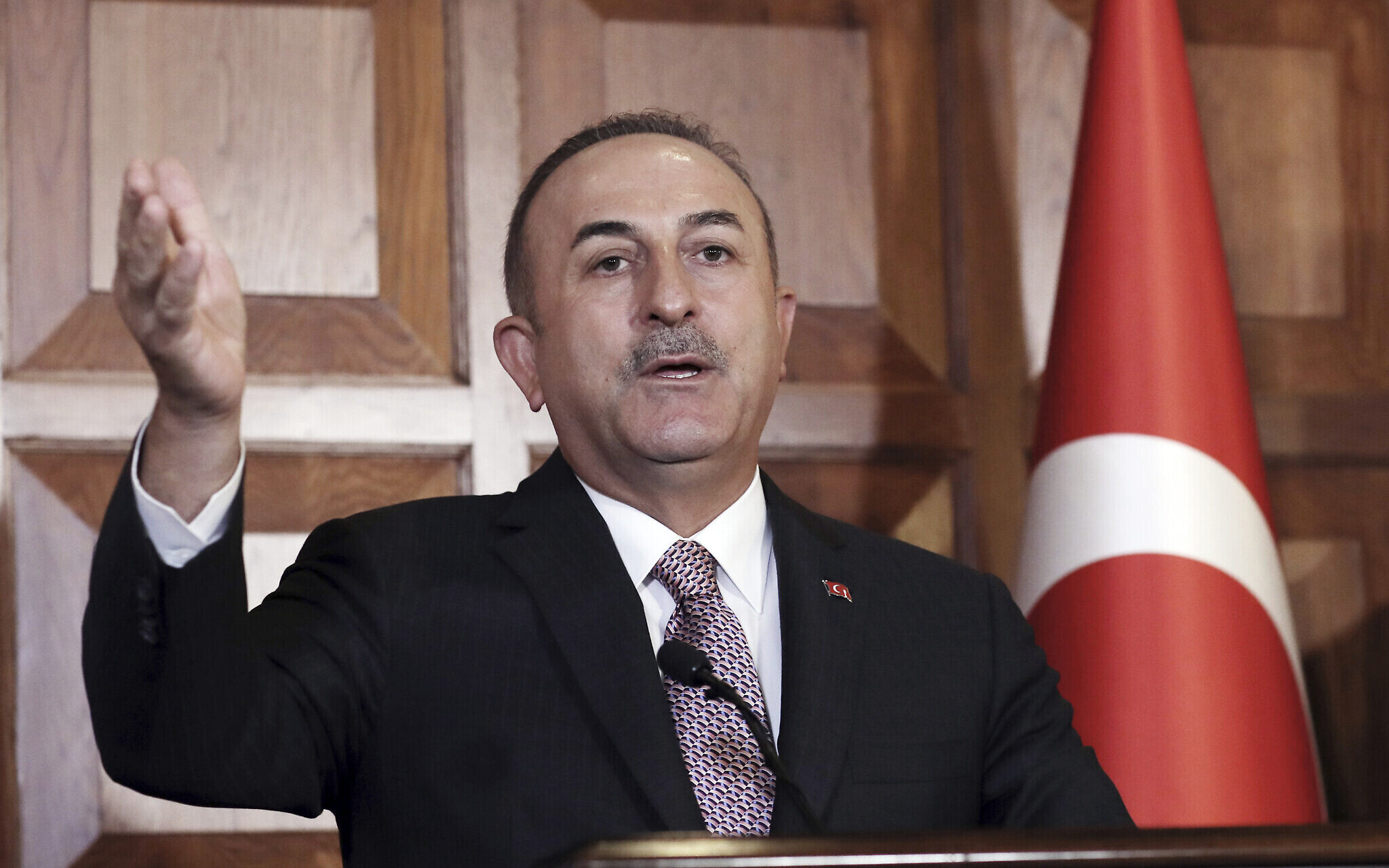 Turkish Foreign Minister Mevlut Cavusoglu said on 22 October that his country supports the territorial integrity of Syria and that its division should not be allowed, calling for an agreement between the Syrian government and the Syrian opposition on a constitution and a road map that includes an electoral process.

This came during a meeting with civil society organizations and businessmen in Hatay, in southern Turkey, which is adjacent to the Syrian border. In the forum, he referred to the tragedy that has been ongoing in Syria for years, as well as similar events in Libya and Iraq.

Over the past few months, Turkey has threatened a military operation in neighboring Syria, aiming to create a 30-kilometer-long “safe zone” against what it calls “separatists,” referring to the Kurdistan Workers Party (PKK) and other Kurdish armed groups.

In contrast, Cavusoglu pointed out the need to not allow Syria to turn into a ‘den of terrorism’ directed against Turkey, and to not allow it to be divided.

He also criticized those who said they were disturbed by this proposal, saying, “Tell us if there is another solution. Do you accept that this civil war will continue for another 50 years?”

Furthermore, the Turkish official suggested the warring parties should reach an agreement on a road map for the continuance of Syria’s unity and integrity, disregarding his own country’s occupation of 8,835 square kilometers of northern Syria.

Recently, Ankara said that it does not plan to withdraw from the areas it occupied in northern Syria and will keep its forces there despite its rapprochement with Damascus.

While Damascus sees Turkey as a considerable obstacle in resolving the Syrian crisis, it denies the official normalization of relations with Turkey.

Four days earlier, Mikdad praised Moscow’s effort in helping secure the appropriate conditions for the return of migrants and refugees to the war-torn nation.

“Russia’s cooperation in this field has been a catalyst for the return of large numbers [of refugees],” Mikdad said during the joint meeting of the Syrian and Russian delegations in Damascus.

However, according to Murat Erdogan, a member of the teaching staff at the Turkish-German University in Istanbul, 70% of Syrian refugees in Turkey do not want to return to their country until peace and rule change are achieved.

He further revealed that about five million Syrians live in the Turkish-occupied Syrian territories. “If Ankara meets Damascus’ demand to withdraw from these areas, most of these people will begin to leave,” Erdogan added.

On 15 August, Turkey emphasized that the Syrian government and the opposition must reconcile their differences to end the conflict, but maintained that this does not represent a shift in Ankara’s position on the war.