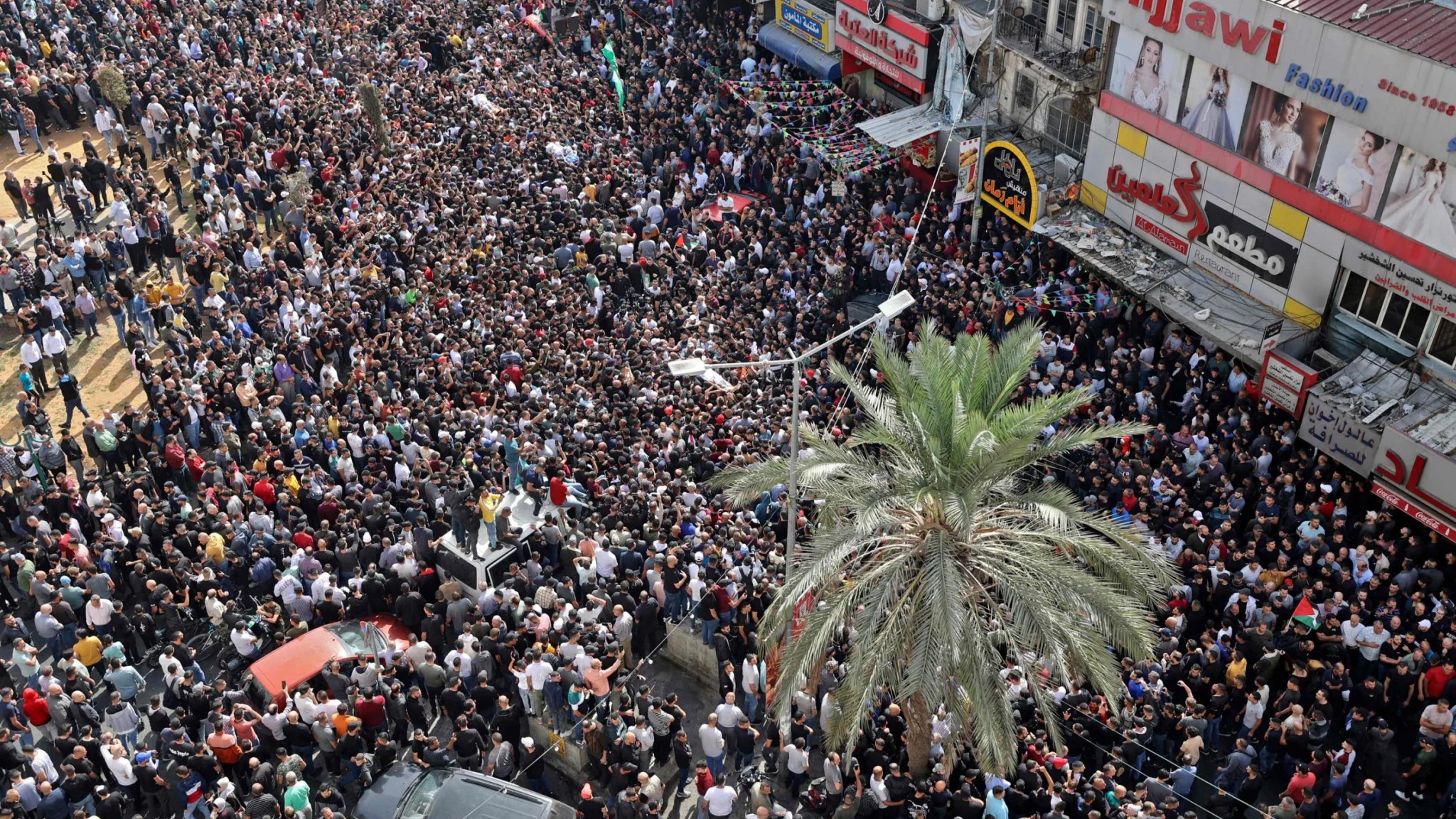 On 25 October, tens of thousands of Palestinians took to the streets to mourn six martyrs killed by Israeli forces in a military operation inside the city of Nablus.

The mourners denounced the Israeli assault and carried Palestinian flags and black banners during the procession.

Those killed have been identified as Hamdi Sharaf, Ali Antar, Hamdi Qayyim, and Mishaal Baghdadi. Twenty other fighters and citizens were injured, including a few in critical condition.

Palestinian sources reported that the Israeli forces stormed the city just after midnight, followed by heavy military reinforcements and the targeting of civilian areas.

According to the Palestinian News and Information Agency, “sounds of shooting and explosions were heard and columns of smoke and flames were seen emanating from several neighborhoods.”

This was followed by Palestinian factions announcing a national day of mourning for the “martyrs of Nablus.”

In a statement, the Israeli army announced that the overnight operation targeted the Lion’s Den resistance faction and successfully neutralized “high-value targets and weapon workshops.”

The Israeli troops allegedly killed one of the leaders of the Lions’ Den, Wadih al-Houh, a longtime ally and companion of Ibrahim al-Nabulsi, a local leader killed earlier this year.

The operation took place just 5 days away from the Israeli elections, where Prime Minister Yair Lapid and Israeli Minister of Defense, Benny Gantz, are exerting all efforts to win a 61-seat majority in the Knesset.

In light of the elections, Lapid took the chance to boast about the operation during his interview with Kan radio today.

On the other hand, the Palestinian Authority (PA) condemned the attack, calling it a “war crime and that the Israeli government bears full responsibility for its consequences.”