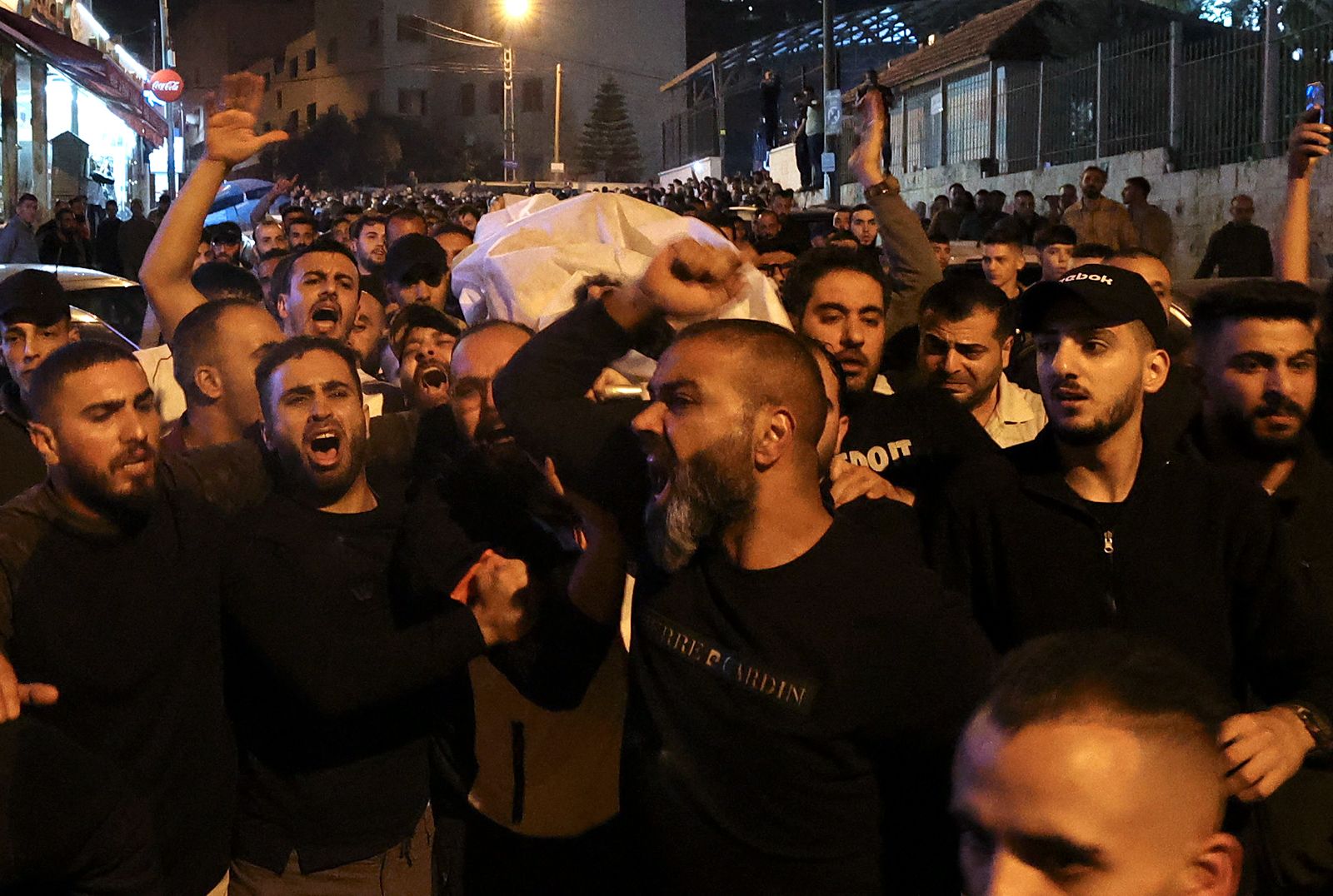 Palestinian factions announced on 25 October a general strike in the Gaza Strip, following the killing of six people during the occupation forces’ attack on the city of Nablus.

In a press conference held in Gaza after finishing the joint meeting of the factions, Khalid al-Batsh, a senior leader of the Palestinian Islamic Jihad (PIJ) said “we mourn our heroes in Nablus and announce the strike as all aspects of life stop, including government and educational facilities and others”, according to The New Arab.

According to an official statement, they called for an immediate meeting of the Joint Chamber of the Palestinian factions and called on the residents of the Gaza Strip to hold night rallies and confront the occupation at all points of contact in occupied Palestine.

They also saluted members of the Palestinian security services who clashed with the Zionist military in Nablus.

Meanwhile, Al Mayadeen reported that thousands of Palestinians participated in the funeral of the martyrs of Nablus.

Earlier, the Palestinian Health Ministry announced that the number of martyrs shot by the occupation forces during their assault on the city of Nablus rose to six, while 21 people were wounded.

Just past midnight on 25 October, a large contingent of Israeli troops descended upon the city of Nablus in the occupied West Bank as part of a renewed assault against local resistance factions, leaving six dead and injuring dozens more.

In a statement, the Israeli army announced that the overnight operation targeted the Lion’s Den resistance faction and alleged success in neutralizing “high-value targets and weapon workshops.”

The Israeli troops allegedly killed one of the leaders of the Lions’ Den, Wadih al-Houh, a longtime ally and companion of Ibrahim al-Nabulsi, a local leader killed earlier this year.

The Palestinian Authority (PA) condemned the attack, calling it a “war crime and the Israeli government bears full responsibility for its consequences.”

Local Palestinian journalists reported that PA security forces were taken aback by the attack, and inadvertently exchanged fire with a squad from the Israeli army.

Earlier on 22 October, Israel initiated its campaign to neutralize the threat posed by the Loin’s Den, by murdering Tamer al-Kilani using an IED attached to his motorcycle.