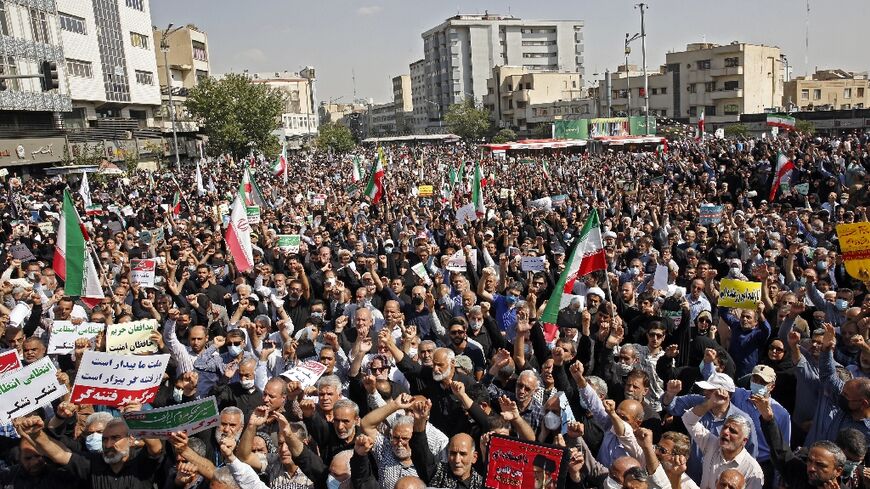 On 26 October, Tehran announced its implementation of sanctions on 12 individuals and eight institutions associated with the EU for “supporting terrorism and violence” on Iranian soil, referencing the riots that were sparked by the death of Mahsa Amini.

Among those sanctioned is the Deutsche Welle network in Farsi, the editor-in-chief of the German newspaper Bild, and members of the European Parliament.

Tehran imposed sanctions on the following entities and individuals for allegedly encouraging violence against individuals associated with the Islamic Republic, Iran’s Foreign Minister Hossein Amir-Abdollahian remarked during a press conference with his Belarusian counterpart Vladimir Makei.

A day prior, Iran imposed sanctions on 13 other individuals and seven UK-based institutions, including Iran International and Persian-Language BBC, for promoting anti-government rhetoric.

“EU states decided to freeze the assets of three individuals and one entity responsible for the drone deliveries and are also prepared to extend sanctions to four other Iranian entities that were already on an earlier sanctions list,” the body said in a statement via Twitter.

On 18 October, the Iranian Ministry of Foreign Affairs spokesperson, Nasser Kanaani, denied reports that suggest Iran provided attack drones to Russia to use in its conflict with Ukraine.

Kanaani called the news “fabricated” and said it “serves the interests of the west,” reiterating that Tehran has opposed the war in Afghanistan, Iraq, Syria, Yemen, and Ukraine. He added that Iran hopes the conflict in eastern Europe will end with a political solution.

Safavi revealed that these clients include Armenia, Algeria, Serbia, Tajikistan, and Venezuela.