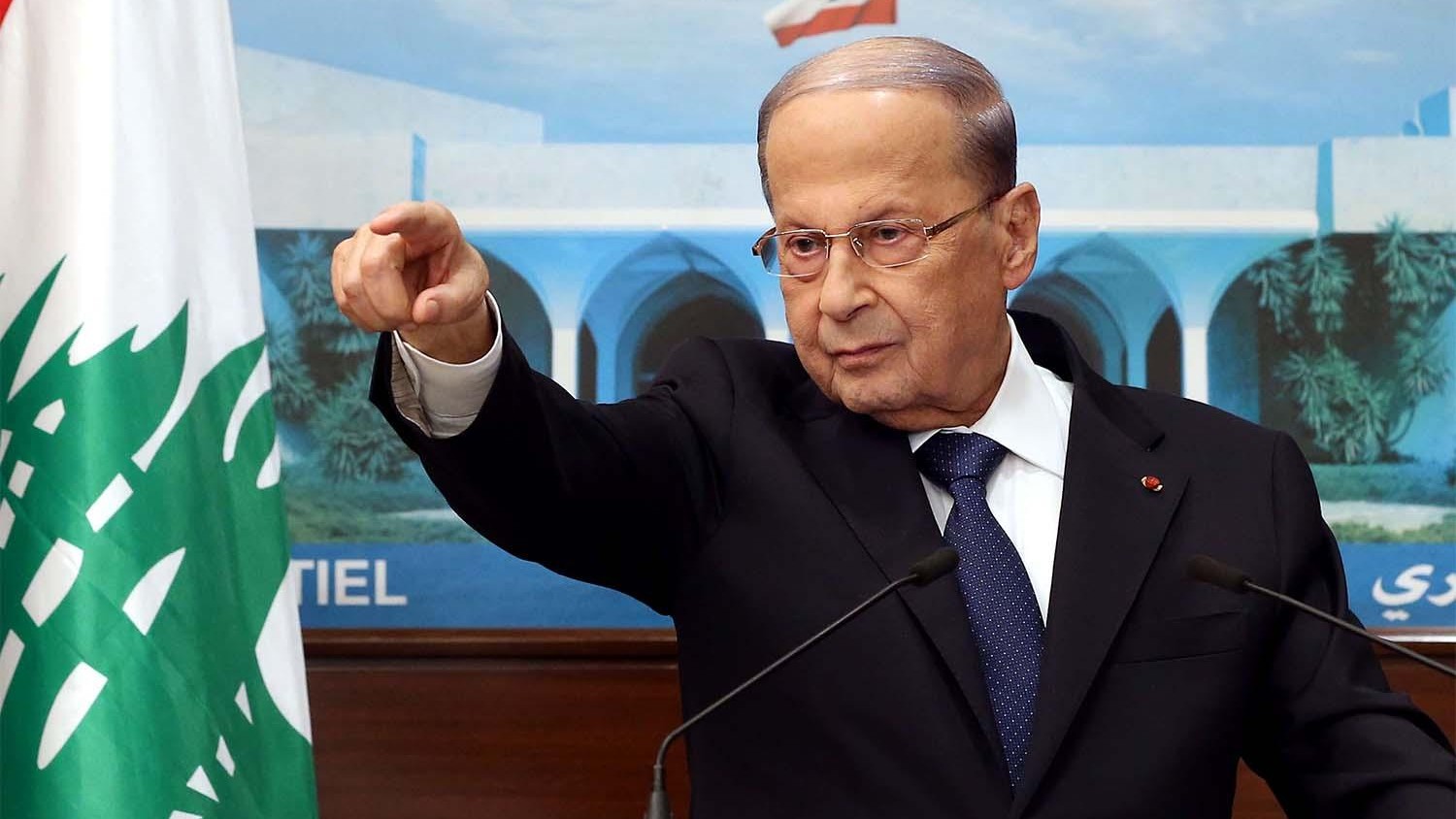 On 28 October, Lebanese President Michel Aoun accused Prime Minister Najib Mikati of delaying the formation of a new government during his farewell meeting before the end of his term.

Aoun remarked that “no law” prevents the resignation of Mikati’s government, which he warned he would implement if Mikati fails to form a new government cabinet by Monday, October 31.

He went on to say that “Prime Minister Najib Mikati and his team did not form a new government, with the Strong Lebanon bloc and the Free Patriotic Movement, adopting similar criteria that Mikati adopts with the rest of the parties.”

He highlighted the complications he faced during his presidency, such as Lebanon’s border with Syria during the Syrian war, which displaced 1.8 million people, the lack of sufficient funds in the national treasury, the Covid-19 pandemic, and the recent cholera outbreak.

Aoun sarcastically responded to the issue of “fighting corruption,” saying that he regrets not taking money and making under-the-table deals; however, he claims he fought corruption instead and made many enemies as a result.

This meeting came a day after the maritime border agreement between Israel and Lebanon was signed, and officially finalized.

Aoun signed a letter approving the agreement at the presidential palace in Baabda, as outgoing Israeli Prime Minister Yair Lapid followed suit at a cabinet meeting in the occupied city of Jerusalem.

During the signing, Lapid referred to the agreement as a “tremendous achievement,” and went as far as to describe it as a Lebanese “recognition” of Israel.

The ceremony took place at the UNIFIL headquarters in the southern Lebanese border town of Naqoura, and was attended by several Lebanese government and military officials. According to a Russian media correspondent, the Lebanese delegation refused to enter the UN base at Naqoura in protest of the presence of Israeli naval boats patrolling Lebanese waters. The Israeli boats ended up withdrawing shortly after.

In a speech given the same day, Hezbollah Secretary General Hassan Nasrallah announced “the end of all the special measures by the resistance” during the buildup of tension throughout the negotiations. The “special measures” are in reference to Hezbollah’s drone and missile capabilities which the group promised to implement in the event of an Israeli violation, and an assurance that the country will not be going to war.