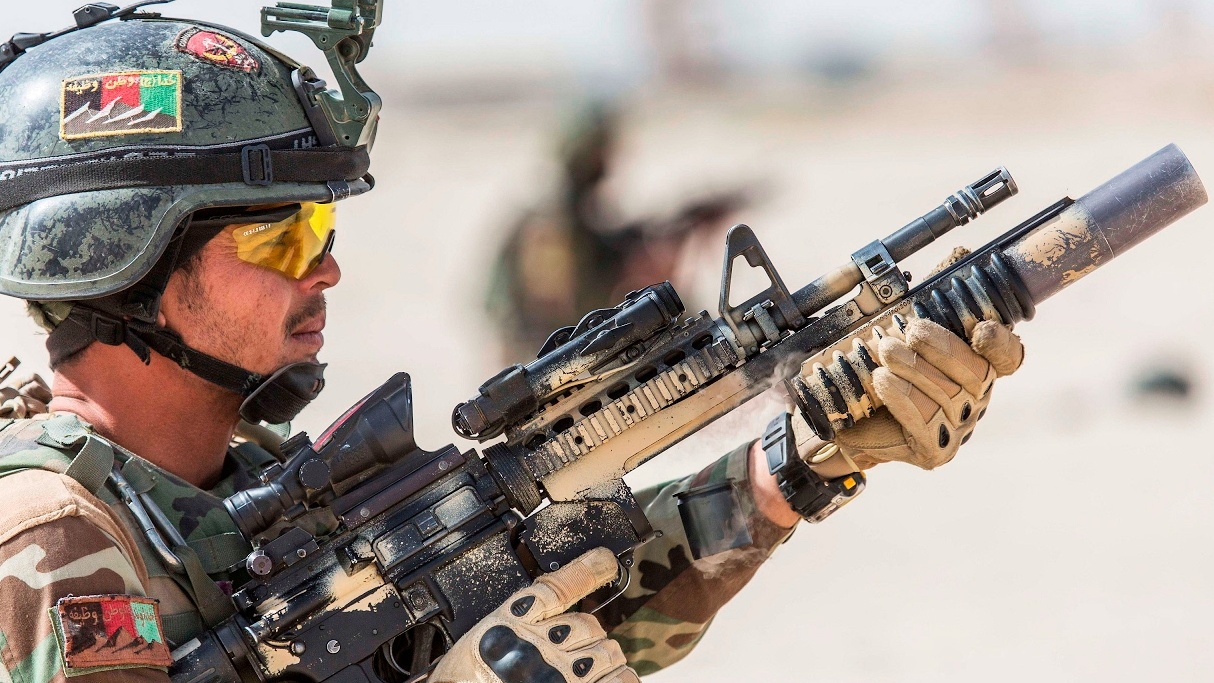 In an interview with The Drive, the last commander of the Afghan troops, Haibatullah Alizai, revealed that Russia is recruiting US-trained and previously equipped Afghan special forces to a new foreign legion to fight in Ukraine.

Alizai alleges that Russia is working on reaching out to thousands of commandos and special forces (SOF), who fled to Iran in the wake of the chaotic US withdrawal from Afghanistan in August 2021.

Reportedly, Moscow will offer the Afghan-army recruits a sum of $1,500 monthly and residency for their families, a tempting offer in light of the poor working conditions in Iran and fear of deportation back to Afghanistan.

“A group of them has already deployed” to Ukraine, reveals Alizai, adding that “these troops know all the Western tactics,” and have fought alongside US special forces every day all-around Afghanistan’s harsh terrain while under various weather conditions.

The Foreign Policy reports that at least 3,000 commandos have fled to Iran, including several high-ranking US-trained officers, seeking refuge against the threat posed by the new Taliban government against collaborators.

The details were exposed in a report by US Rep. Michael McCaul, from the House Foreign Affairs Committee, who is confident that those soldiers could potentially inform the Iranians about sensitive American military information, tactics, intelligence collection methods, and so on.

“We didn’t get these individuals out as we promised, and now it’s coming home to roost. I don’t want to see them in any battlefield, frankly, but certainly not fighting the Ukrainians,” said Michael Mulroy, a retired CIA officer who served in Afghanistan to US News.

It is unclear under what group or brigade the commandos will fight throughout the Russian operation in Ukraine, if the recruitment process is successful.

However, Afghan general Abdul Raof Arghandiwal have informed the Associated Press that Wagner has been masterminding the recent recruitment process.

The group is trying to recruit military-age fit men, from 22-50 years of age, for its infantry forces, tracked equipment specialist-roles, as well as medical professionals.

Nonetheless, the ad limited the nationality of the foreigners it accepts to those born in the Commonwealth of Independent States (CIS). This includes Armenia, Azerbaijan, Belorussia, and several other states.

While Afghanistan is not a member of this economic-military coalition, it is considered an observer.