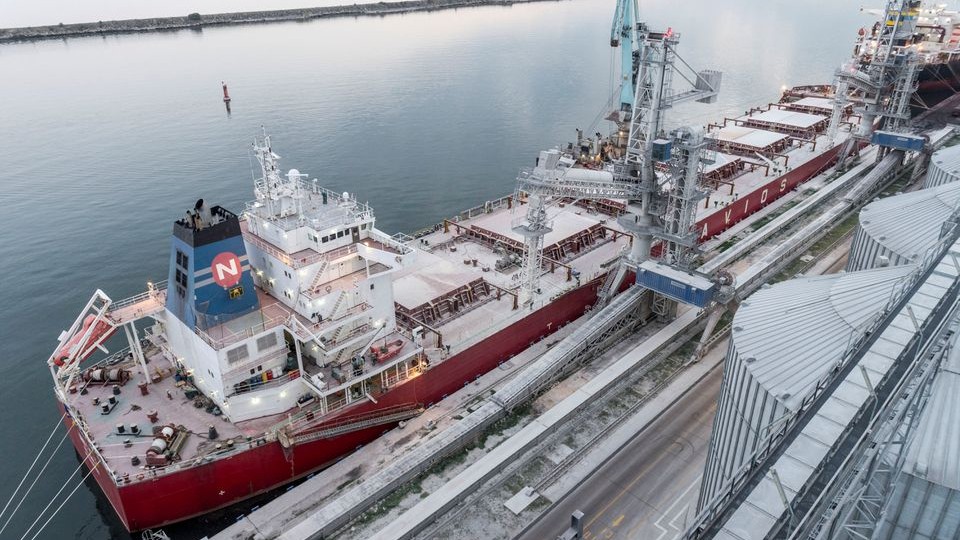 On 2 November, Turkish President Recep Tayyip Erdogan announced that Turkey is reopening grain shipment lanes from Ukrainian ports in the Black Sea, despite the Russian suspension on 31 October.

During a meeting of the Justice and Development Party’s (AK) parliamentary bloc in Ankara, Erdogan announced that he had spoken to his Russian counterpart Vladimir Putin a day prior, as well as with Ukrainian President Volodymyr Zelensky on 2 November, regarding the reopening of the grain corridor.

Turkish Foreign Minister Mevlut Cavusoglu stressed “the need to overcome problems related to the grain deal to resume its implementation.”

However, on the same day, Russian President Vladimir Putin guaranteed that Moscow would not hinder grain supplies from Ukraine to Turkey due to Ankara’s neutrality in the conflict.  He added that Ankara aims to ensure the interests of the poorest nations in need.

On 30 October, Moscow suspended its participation in the inspection of cargo ships carrying Ukrainian grain, according to the Joint Coordination Centre (JCC).

Russia proceeded to suspend its efforts for an “indefinite term” due to Ukrainian attacks on its Black Sea fleet.

Since then, the UN, Ankara, and Kyiv agreed to implement the Black Sea grain deal with a transit plan for 16 ships, regardless of Moscow’s previous objections.

Despite Ankara’s lack of compliance with Moscow’s suspension, Putin said that choosing Turkey as a hub for Russian gas is understandable and clear, as “it is difficult to work with Europe,” while revealing details of the aftermath of the Nord Stream gas pipeline explosions.

Turkey has remained neutral in the Russia-Ukraine conflict, yet affirms that Ankara does not recognize Moscow’s “annexation” of Ukrainian territories, and is currently constructing a factory in Ukraine set to manufacture Bayraktar attack drones, used against Russian forces.

Experts suggest that Turkey’s cooperation with Ukraine is the result of the US and EU increasing pressure on Turkey to impose sanctions on Russia, despite Turkey doubling its Russian exports in 2022 and preparing to boost bilateral cooperation in energy and trade.