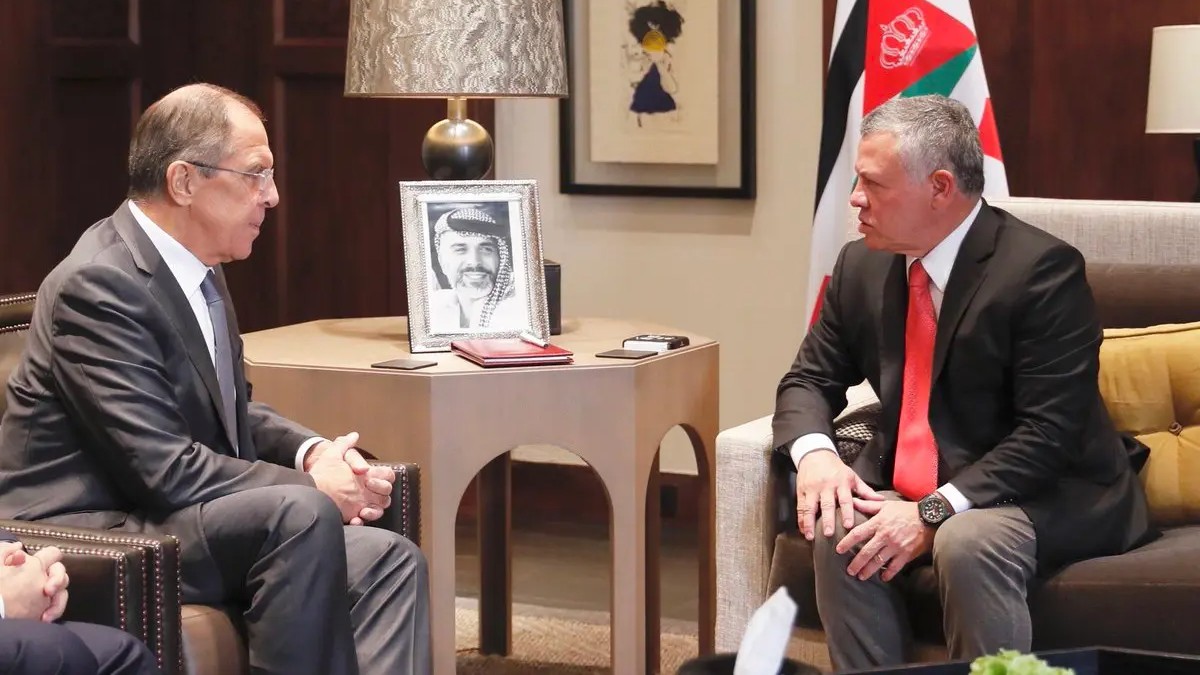 On 3 November, Jordanian King Abdullah II met with Russian Foreign Minister Sergei Lavrov to stress the importance of stabilizing Syria through the unification of the land and people, as well as guaranteeing the safe return of refugees.

During the meeting, the Jordanian king highlighted several burdens that Jordan continues to face due to the war in Syria, including multiple drug smuggling attempts. The two also discussed regional developments and reviewed bilateral ties between Amman and Moscow and discussed the potential strategies to resolve the Russia-Ukraine war.

The two sides also discussed the topic of Palestine, to determine an effective negotiation strategy to achieve peace and reach a two-state solution.

According to a statement released by Russia’s foreign ministry, the talks with Jordanian officials focused on “pressing international and regional issues, in particular Ukraine, Syria, the Israeli-Palestinian settlement, Iraq and the Gulf, as well as bilateral issues.”

This meeting is a part of Lavrov’s tour of West Asia, additionally, he is expected to travel to the UAE, one of Russia’s major partners within the OPEC+ bloc.

Last year, Moscow already helped broker a rapprochement between Jordan and Syria, culminating in a phone call between King Abdullah and President Bashar al-Assad in October 2021.

Russia has remained one of Syria’s closest allies in the fight against extremist groups since 2015.

Moscow also sponsored a ceasefire and reconciliation agreement between armed groups in southern Deraa governorate and Damascus, which allowed thousands of civilians to return to their homes and the reopening of the Jaber-Nassib border crossing after rebels laid down their arms.

However, in recent months a surge of targeted assassinations, kidnappings, and roadside bomb attacks against government officials and former militants who supported the reconciliation agreements have struck the border region with Jordan, resulting in the death and injuries of hundreds of Syrian citizens.