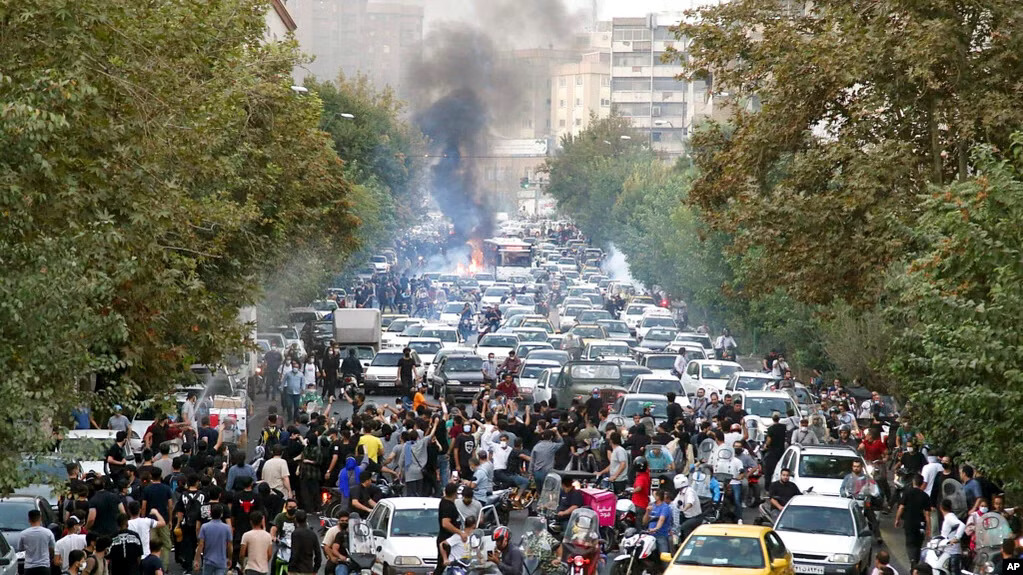 On the morning of 3 November, a member of the IRGC auxiliary forces named Ruhullah Ajami was killed, and four police officers were severely injured, in attacks carried out by armed rioters against civilians and police forces in Karaj, capital of the Alborz province west of Tehran.

Ajami was stabbed in the waist with a knife by one of the rioters, and two of the four injured officers, who were attacked while in their vehicle, are reported to be in critical condition, according to Tasnim News Agency.

Unconfirmed reports and videos across social media indicate that some of the rioters managed to disarm the police forces, loot their weapons, and use their own arms against them.

Around the same time as the attacks, heavy traffic was reported in both lanes of the Karaj-Qazvin freeway, where a mob of an estimated 500 rioters tried to block the roads. They threw stones and attacked passing cars that refused to stop at their request.

Consequently, clashes broke out between the police forces, auxiliary forces, and the rioters, as tear gas was fired. Among the severely injured was a cleric who was caught in the midst of the violence.

In an interview with Fars News Agency, the security deputy of the Alborz province, Morteza Vali Puri, said that the rioters “used knives, machetes and stones” to attack passing cars, injuring several people.

“A number of thugs and mobs were arrested and the situation has returned to normal,” continued Vali Puri, in reference to the freeway riots.

These reports also allege that the police initiated the violence and that the actions of the rioters were in retaliation.

Fars News Agency has criticized the statements of Najafi’s mother, who recorded a video about her daughter’s death and sent it to BBC Farsi.

In the video, her mother says, “when we looked at her body, her face … [and] whole body was full of pellets,” indicating she was killed by a shotgun. Shotguns are not used by the police, whereas several rioters have reportedly been arrested carrying shotguns, according to the confessions of recent detainees.

Conflicting narratives have emerged as civilians and police forces have been either injured or killed by clashes since the death of 22-year-old Mahsa Amini, which sparked protests across the Islamic Republic.

Many of these protests have turned violent, as several IRGC members and commanders, as well as police officers, have reportedly died at the hands of armed rioters.

The numbers of protester, police and security personnel casualties remain unclear, as both media outlets and human rights groups have issued conflicting reports, while Iran has yet to officially update the death toll.

On 31 October, Tehran charged over 1000 people in connection with violent demonstrations and riots, four of whom could face the death penalty.